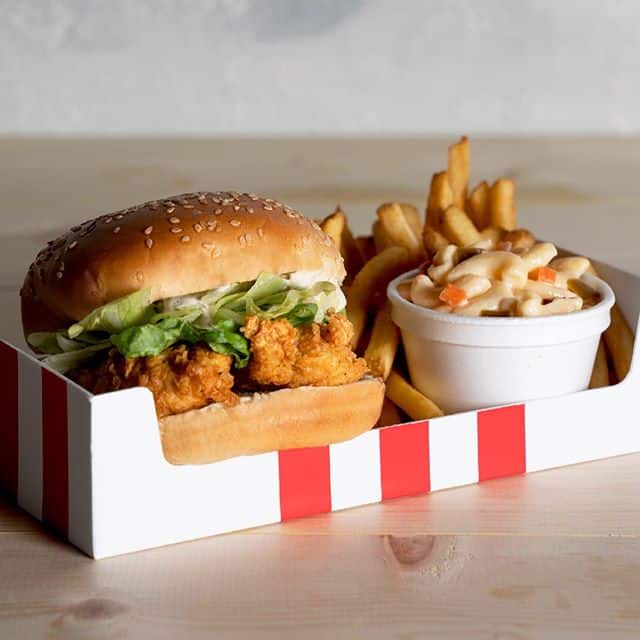 You may have noticed that more and more fast-food restaurants have been advertising plant-based products on their menus. Now, you can add KFC to that list.

According to an announcement made early this week, KFC has announced they will be testing vegetarian, plant-based alternatives for two of their menu items.

Today, from 10:30 a.m. to 11 p.m. (or while supplies last) those interested in trying the Colonel’s finger-licking flavour in the form of a vegetarian option can do so at the location at 6055 Creditview Road in Mississauga.

During the testing, which will be for just one day at just one location, the two menu items that will be offering plant-based alternative options are the Fried Chicken Sandwiches and Popcorn Chicken.

“We believe the Colonel’s famous finger-lickin’ good taste should have no boundaries,” Sam Redman, Chief Marketing Officer for KFC Canada, said in a news release.

“So, we’ve created several craveable plant-based options for Canadian’s looking for a meat-free meal,” she continued.

These new, plant-based options are being developed as part of a partnership between KFC and Lightlife, a leading plant-based protein brand that supplies plant-based products to several popular grocery stores across the country, including Metro, Loblaws, and Sobeys to name a few.

“This is a landmark moment for Lightlife. We’re proud to join forces with KFC to bring Canadians a plant-based chicken with incredible taste,” Dan Curtin, President and CEO of Greenleaf Foods and the owner of Lightlife, said in the same news release.

“With pioneering partners like KFC, we can make plant-based foods more broadly available to the growing number of consumers seeking the option on the go,” he continued.