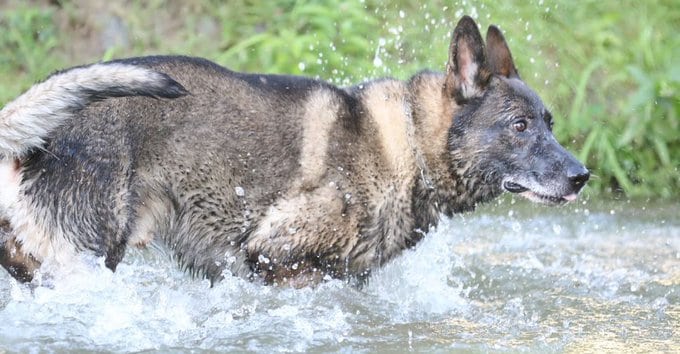 K9 star tracker Riot brought down an armed suspect in Ajax in the early hours of Tuesday morning.

Durham Police responded to a break-and-enter in progress call on Hewlett Crescent at 2:30 a.m. The resident heard noises in his backyard and when he went to investigate he found the suspect attempting to break into a rear window.

The suspect, who was armed with a gun, was unsuccessful in gaining entry and fled.

PSD Riot and his handler tracked the suspect along Barbour Street in Ajax where he was caught by Riot. The man was taken to local hospital with minor injuries from a dog bite and released.

An investigation revealed the suspect committed a home invasion on the same street prior to the break and enter and confronted two teen residents while armed with a gun. The suspect fled the first home without taking anything.

Police searched the immediate area and located a loaded firearm.

Anyone with information about this investigation is asked to contact D/Cst. Shaddick of the West Division Criminal Investigations Bureau at 1-888-579-1520, ext. 2531.