Niagara Police have released two updated photos of missing sisters Paige and Alexandra Misener, both 12, after a Canada-wide arrest warrant was put out for their father, Clayton Misener, 46, of St Catharines.

On August 20, police say the father contravened a court order and they suspect he has left the province with his two daughters. They do not believe the sisters have been harmed.

Clayton Misener is now wanted on a Canada Wide Warrant for charges of: disobeying a court order and abduction in contravention of his custody order.

Police believe he may be in the Nova Scotia area and that he also may be driving a grey Toyota Corolla with Ontario marker CSWH819. 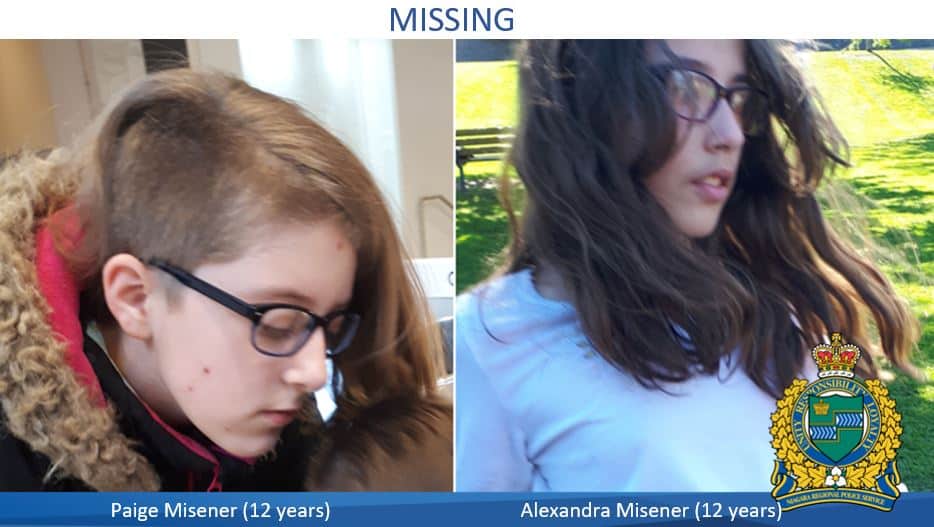