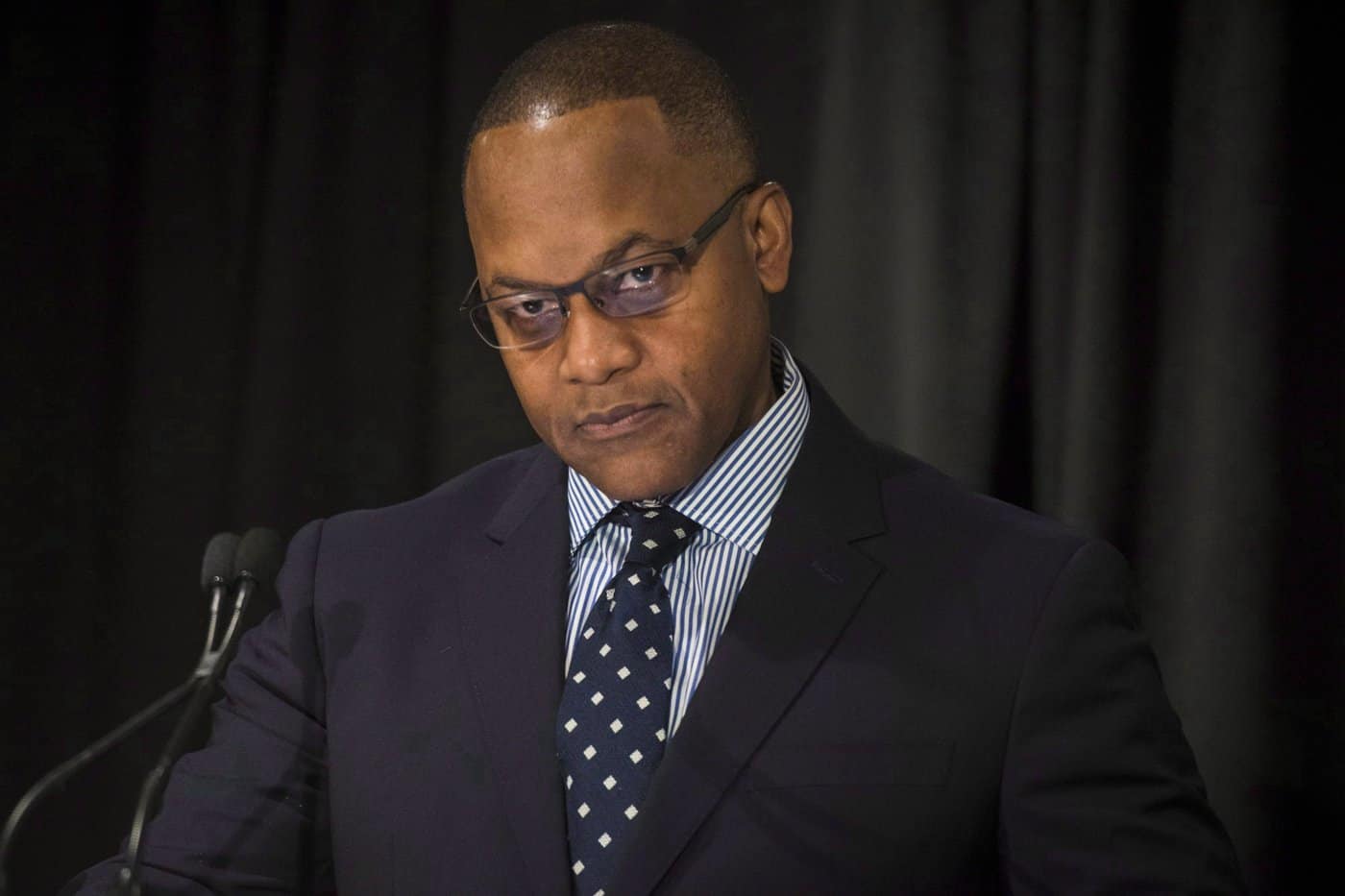 Justice Michael Tulloch discusses a report from the Independent Street Checks Review looking at Ontario's regulation on police street cheeks during a press conference at the Chelsea Hotel in Toronto, Friday, January 4, 2019. Tulloch, the first Black justice to sit on any appellate court in Canada, has been appointed as the new Chief Justice of Ontario.THE CANADIAN PRESS/Tijana Martin

Ontario has a new Chief Justice with the appointment of Michael Tulloch – the province’s first-ever Black person to hold the title, and a judge with Brampton roots going back decades.

The former Crown attorney in Peel and Toronto was born in Jamaica and went to Central Peel Secondary School in Brampton before pursuing his law career.

Tulloch was first admitted to the bar in 1991, and argued cases in Brampton before he was appointed a judge of the Superior Court of Justice for Ontario in 2003.

He became the first Black justice to sit on a Canadian appellate court when he was elevated to the Ontario Court of Appeal in 2012. Tulloch has led independent reviews of Ontario’s police oversight system and street check regulations.

As Chief Justice, Tulloch is responsible for directing and supervising the sittings of the Court throughout the province and for assigning its judicial duties.

Brampton Mayor Patrick Brown congratulated Tulloch on the appointment, calling him a “brilliant choice” to fill the role.

Tulloch, who also assumes the role of President of the Court of Appeal for Ontario, has replaced George R. Strathy as Chief Justice, who retired at the end of August.