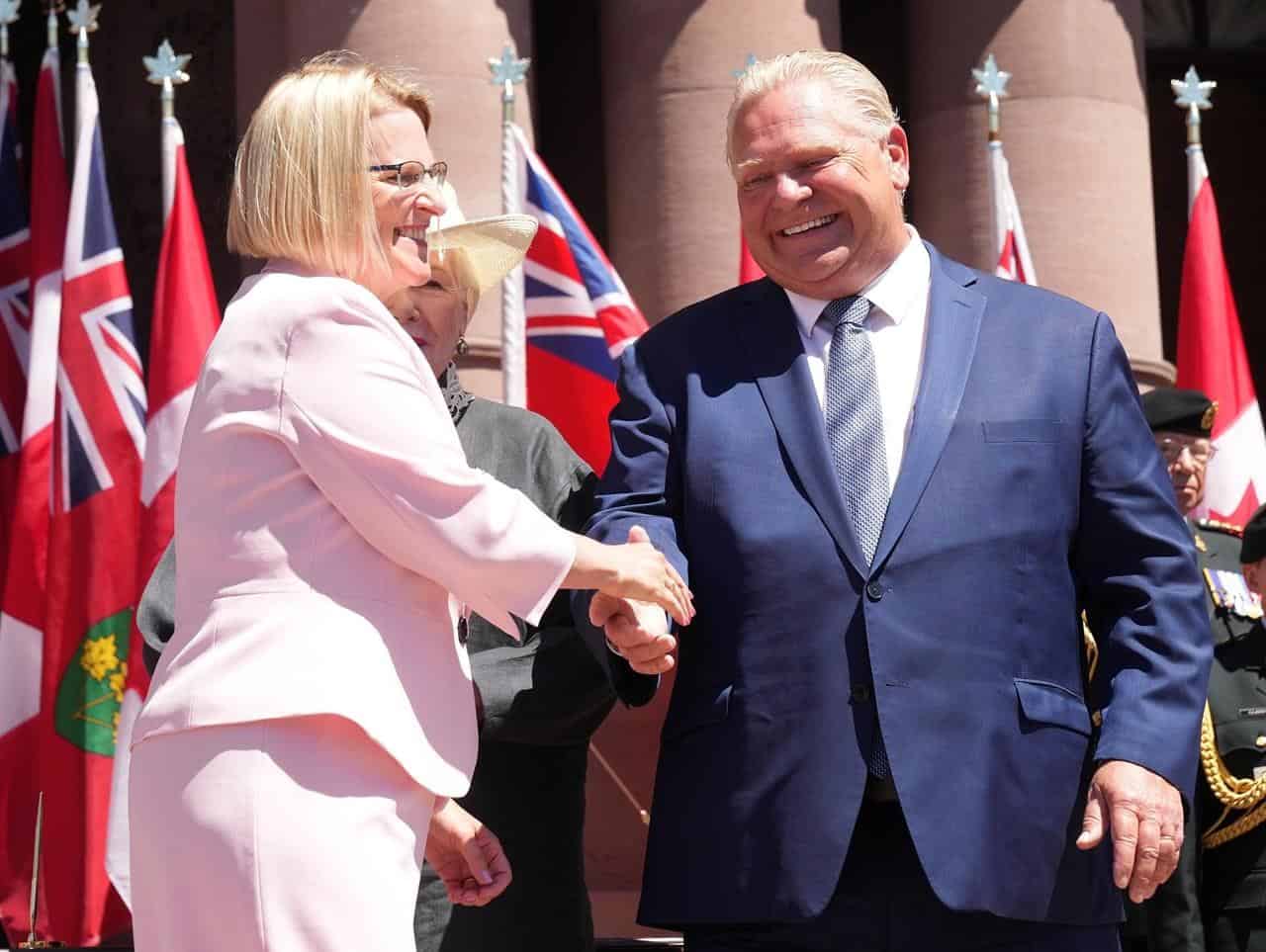 Ontario’s premier and a top minister will not have to testify at the Emergencies Act inquiry in Ottawa due to immunity provided to them by parliamentary privilege, a Federal Court judge ruled Monday.

Justice Simon Fothergill said a summons issued to Premier Doug Ford and deputy premier Sylvia Jones by the Public Order Emergency Commission is valid, but the pair can resist the summons by invoking their parliamentary privilege.

“The summonses issued by the Commission to (Ford and Jones) are valid,” Fothergill wrote.

“However, so long as the Ontario Legislative Assembly remains in session, the applicants may resist the summonses by asserting parliamentary privilege and the Commission cannot take steps to enforce their attendance and compel them to give evidence.”

Parliamentary privilege is a part of the Constitution, but has its roots in the English House of Commons. It was designed to protect the House and its members from interference from the King and the House of Lords, Canada’s House of Commons website says. When applied, it provides immunity to parliamentarians from being scrutinized by courts, experts say.

The  Public Order Emergency Commission is examining the federal government’s use of the Emergencies Act to end the so-called Freedom Convoy protests last winter in Ottawa and Windsor, Ont.

Commissioner Paul Rouleau summoned Ford and Jones to testify at the inquiry because he wanted to know their role in the crisis that left downtown Ottawa occupied for weeks and traffic blocked from entering Canada at the country’s busiest border crossing.

Ford’s office declined to comment after the decision came.

At a news conference earlier Monday, Ford repeated earlier comments that the inquiry is a federal matter, not a provincial one.

Ford and Jones had filed an application for a judicial review and sought a stay of the summons.

They argued the summons should be quashed because they are immune to testifying due to parliamentary privilege that allows them to focus on their duties at Queen’s Park.

The commissioner had argued Ford and Jones “overstated” the extent of parliamentary privilege.

“There is no blanket privilege to decline to testify; it is only a temporal privilege,” the commissioner argued in court documents.

The Federal Court judge said the commissioner had jurisdiction to issue the summons for Ford and Jones, which the province argued he did not.

“The matters in respect of which the Premier and Minister have been called to testify are within the scope of the Commissioner’s mandate, and it appears that both witnesses may have valuable evidence to offer,” Fothergill wrote.

Fothergill heard the evidence last week in an Ottawa court.