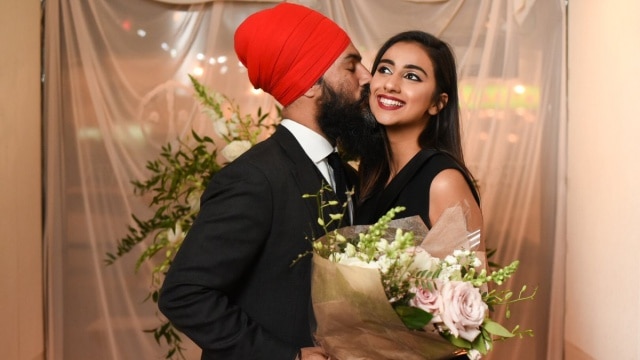 He’s been taken for the past month or so, and now, this former bachelor is officially engaged!

He’s been taken for the past month or so, and now, this former bachelor is officially engaged!

Gurkiran Kaur Sidhu is the 27-year-old co-founder of a Punjabi clothing line called Jangiiro. She founded the company with her sister, and she’s from Brampton, too.

In December 2017, Singh and Sidhu celebrated their rokha, which is basically a traditional Punjabi pre-engagement ceremony where parents and close family meet and gifts are exchanged. A rokha also means the pair is officially taken…by one another!

As of Tuesday January 16, 2018, Singh and Sidhu made their engagement official, with a ring and a celebration with close family and friends, as seen on Singh’s Instagram story the night of.

Singh is usually quiet about his personal life, so the fact that he’s in a relationship — and ready to marry Sidhu — is pretty big news.

We wish the happy couple the best, and personally, I can’t wait to see all of their wedding outfits.