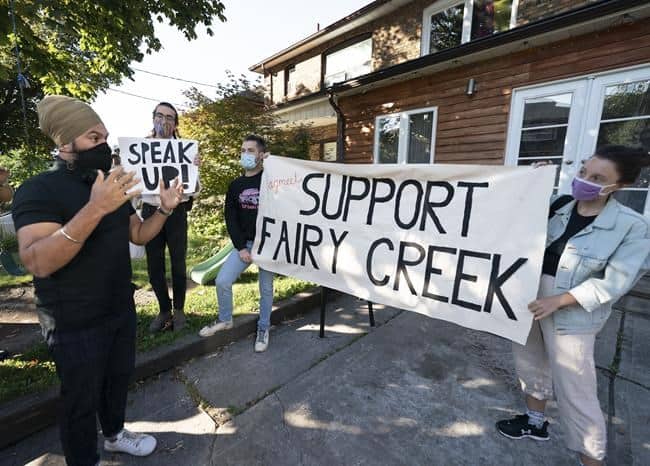 TORONTO — A group of demonstrators called on Jagmeet Singh to make the Fairy Creek old-growth logging standoff an election issue as the NDP leader made a push for voters in a Liberal-held riding.

Singh told the handful of demonstrators in the Toronto riding of Davenport that it’s important Indigenous people lead any decisions about resources on their traditional territory.

Almost 1,000 people have been arrested in protests over the logging of old-growth forests in the area on Vancouver Island.

Earlier, Singh faced questions about the New Democrat’s tax on the wealthy and affordable housing strategy, major points of the party’s platform that have face some criticism for a lack of details.

He says the New Democrats are proposing things that haven’t been done in a long time but that doesn’t mean they shouldn’t try.