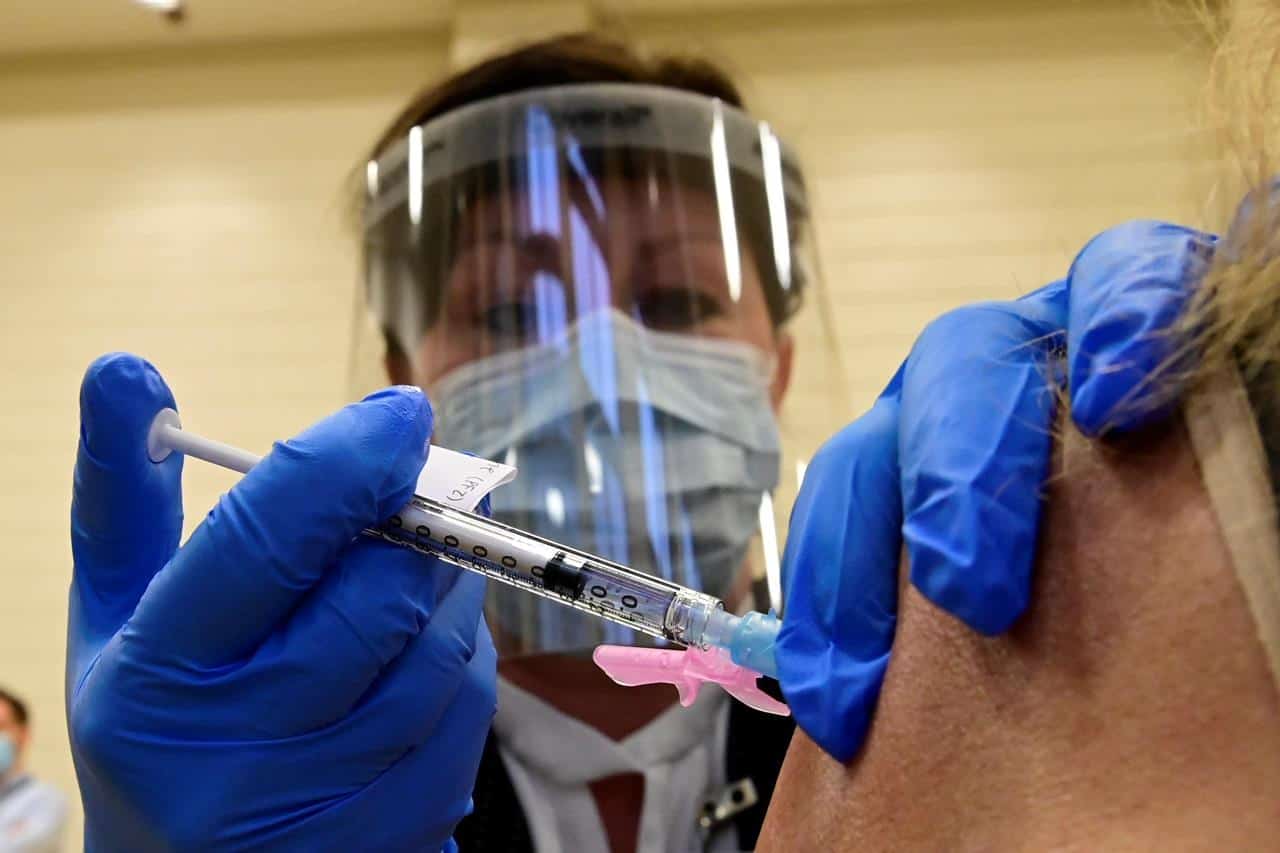 Ontario is entering a sixth wave of COVID-19 with few remaining public health measures and experts say now is the time for a renewed vaccination strategy aimed at boosting third-dose uptake, shots for kids and preparing for wider fourth doses.

When first and second doses became available, Ontario – and Canada at large – was the envy of the world in how quickly the population got vaccinated, said Dr. Fahad Razak, an internist and member of the province’s science advisory table.

“A lot of the energy and the innovation that went into getting the first and second doses in, we haven’t been able to replicate that magic to the same extent for the third dose,” Razak said.

“We have to make sure that the messaging about moving towards a period of less public health measures … that does not mean that the risk to an individual or the risk to people over time has diminished if they still get infected.”

Two doses are effective at preventing severe illness, but three doses can cut the risk of infection even against the Omicron variant and are still important, Razak said. Infection means people can’t work, kids can’t go to school, and brings a risk of lingering complications known as long COVID.

Infectious diseases expert Dr. Isaac Bogoch said Ontario is likely in better shape than the sheer percentage of boosters would suggest. Two doses plus infection provides roughly the same protection as three doses, Bogoch said, and millions of Ontarians have been infected since the Omicron variant emerged late last year.

But there is still much room for improvement in booster coverage, particularly among vulnerable people, and Ontario has not made enough use of behavioural change experts in figuring out how to communicate its vaccination messages, Bogoch said.

“It is not sufficient to have, you know, me — a boring, middle-aged doctor — get on TV and say, ‘Get your vaccine,’ or a senior political or public health official give a press conference and change policy at 3 p.m. on a weekday.”

Another strategy that could help get more people vaccinated is making better use of family medicine, Razak said.

“I think one of the most underutilized resources in the entire pandemic has been family doctors,” he said.

Making them a larger part of the vaccine strategy would help Ontario deliver any additional doses because there’s no need to ramp up an external infrastructure, Razak said.

Whether additional booster doses come annually, like flu shots, or they are needed on a different schedule isn’t yet known, but experts say it’s likely more doses will be rolled out. Regardless, the planning should happen now, Bogoch said.

“We can be proactive and have a plan in place so that we’re not trying to do influenza vaccines in concert with … COVID vaccines,” he said.

“Even telegraphing that we’re planning to do it, we just don’t know what the policy is going to look like. There’s a lot of heavy lifting that can be done ahead of time to prepare for potential vaccine rollout.”

Dr. Paul Roumeliotis, the medical officer of health for the Eastern Ontario Health Unit, said he is developing contingency plans to redeploy staff to mass vaccination clinics for whenever fourth doses are more broadly rolled out. The National Advisory Committee on Immunization is expected to release guidance on fourth doses in early April.

Many public health units are closing their mass clinics in favour of pop-up clinics and hyper-local strategies. Toronto has been running time-limited clinics at transit stations and libraries.

When it comes to children aged five to 11, however, Roumeliotis said the issue isn’t one of location, but parental fears.

“It has nothing to do with accessibility because they can virtually walk into any clinic any time and get vaccinated,” said the doctor, who is also president of the Association of Local Public Health Agencies.

About 56 per cent of children in that age group have at least one dose and 33 per cent have two.

Roumeliotis’s health unit is trying to educate parents and answer any questions they may have through town halls, seminars with schools, social media outreach and a video campaign, he said.

Ontario is also set to receive its first shipment next week of Novavax, which is a more traditional vaccine, without the mRNA technology used by Pfizer and Moderna. The experts said it’s unlikely it will have much of an effect on vaccination rates, as anyone still unvaccinated at this point will probably remain so.

A one-dose, non-mRNA vaccine by Johnson and Johnson has been available in Ontario since early December upon request and 3,134 doses of J&J have been administered in the province as of March 31.

Ontario’s chief medical officer of health, Dr. Kieran Moore, said earlier this year he was excited about the pending arrival of Novavax and hoped it appeals to people who don’t want an mRNA vaccine.

Moore ended his weekly briefings last month and denied several requests over three weeks by The Canadian Press for an interview about the province’s vaccine strategy going forward.

A spokeswoman for Health Minister Christine Elliott sent a statement about what the province has already done on vaccination, including communications, a mobile bus vaccine clinic, holding school-based clinics, and increasing hours of vaccine clinic operation to help reach communities with lower rates.

This report by The Canadian Press was first published April 3, 2022.