It’s full speed ahead for rapid bus line in Pickering 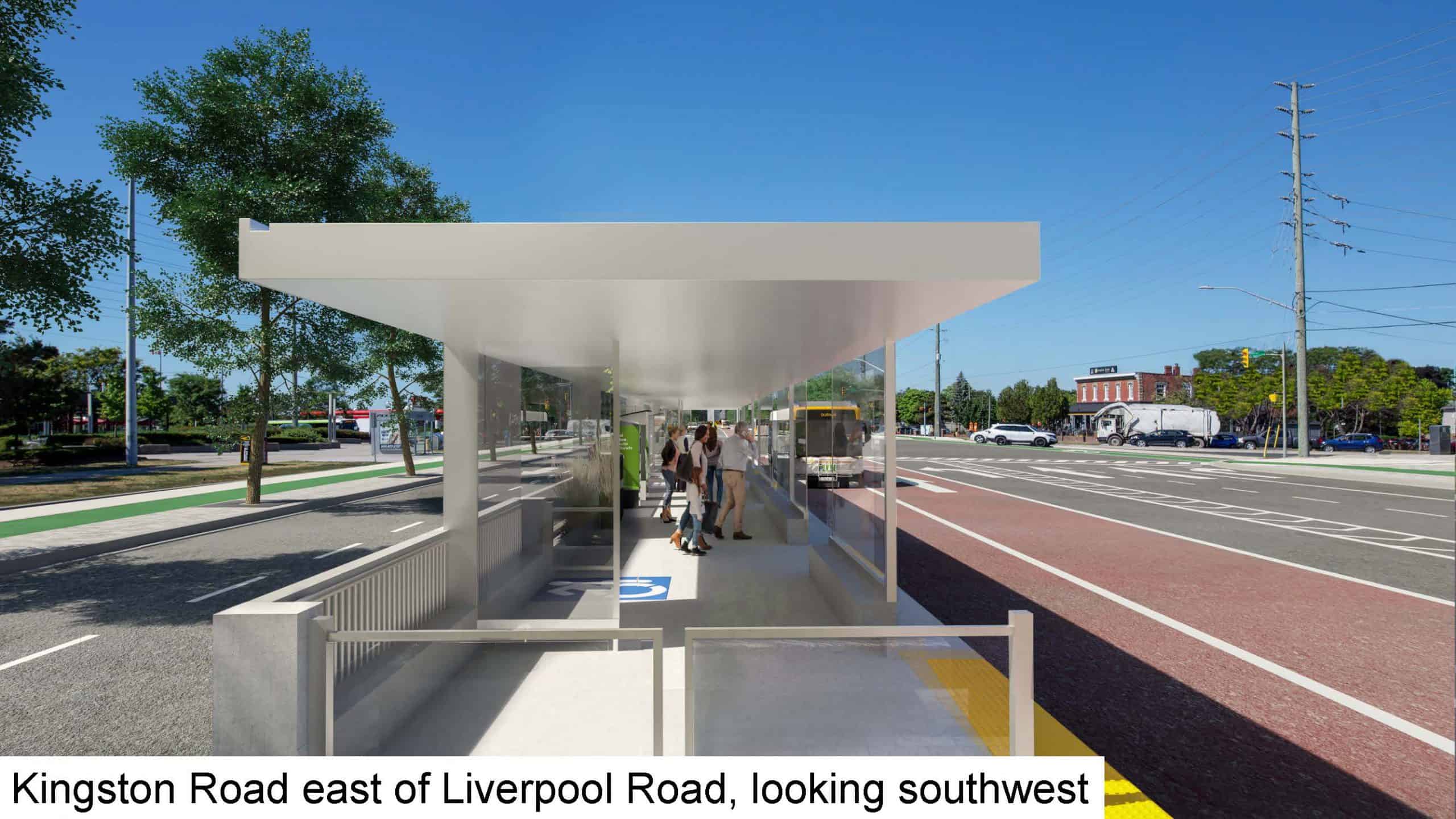 As public consultation of the half-billion dollar Durham-Scarborough Bus Rapid Transit line (BRT) continues, worries and concerns have been pouring in.

The loss of on-street parking. The potential danger to heritage homes because of street widening. The re-routing of traffic in downtown ‘pinch points.’ The general upheaval to residents’ lives during the long construction process.

But other than the latter concern, which Pickering Mayor Dave Ryan says every resident of the Region will share and is to be expected with any major construction project, there are no major problems facing Pickering residents as the design process awaits the final seal of approval.

Consistency will be the hallmark of Pickering’s portion of the 36-kilometre dedicated bus route that will carry passengers from Scarborough Town Centre to downtown Oshawa, as the entire section of the BRT through Pickering will have a centre median for buses with two lanes of vehicle traffic on each side.

The other three municipalities will all have to deal with multiple changes along their portion of the route, as the vehicle traffic lanes are reduced to three or fewer lanes in certain bottlenecks, or pinch points.

There is one “small complication” in the plan, Ryan noted, citing the CN Rail bridge that spans Kingston Road (and Highway 401 as well), just west of Dixie Road. The existing road will become the new road and new westbound lanes will have to be created.

“They’re also going to have to build another tunnel.”

There are no other major issues regarding road widening or loss of on-street parking, Mayor Ryan said.

“We’re fine with the rest of the project.”

Pickering’s portion of the build will happen in four stages, starting with Dixie to Bainbridge (the second-last portion) in 2022. Steeple Hill to Merritton will follow in 2023, while both Merritton to Dixie (which will include the tunnel work) and Bainbridge to Notion Road will be built in 2024.

The final segment is also the most westerly: Altona Road to Steeple Hill. That should be complete by 2025.