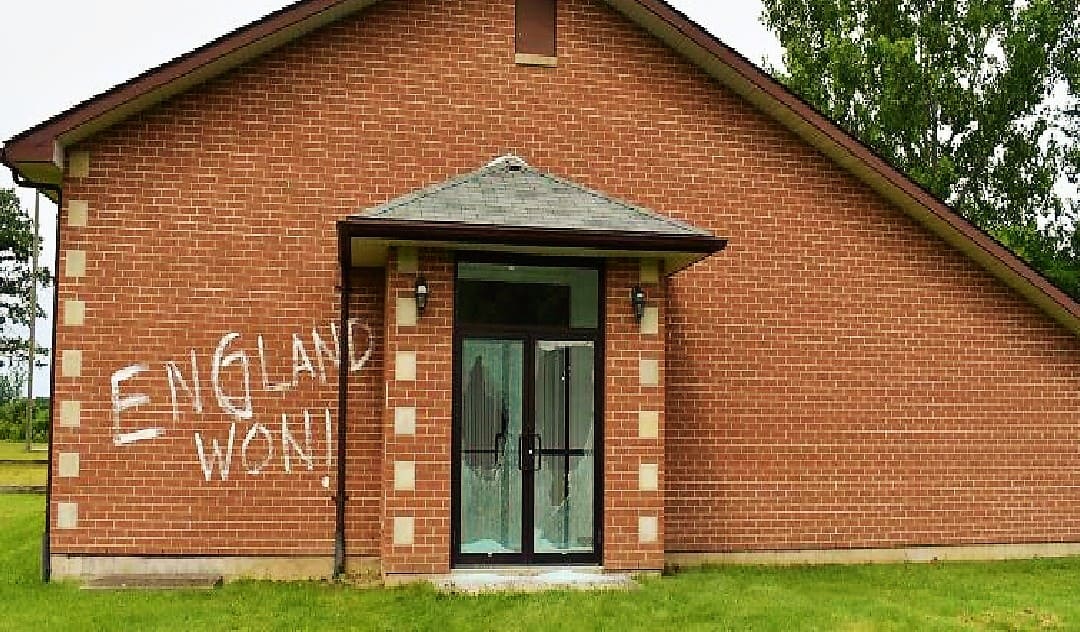 Niagara Police were called to the Italo Canadian Centennial Club in Niagara Falls after it was vandalized some time between 5 pm last night (July 15) and 9 am this morning.

The club, located on Thorold Townline Road, had “England won” spray-painted on the side, as well as several windows and glass doors being broken. Nothing was stolen from the building.

The message is a reference about the Euro Cup soccer final last weekend between England and Italy. The Italian side won in a shoot-out.