Is Your Holiday Shopping Done Online or at the Mall? 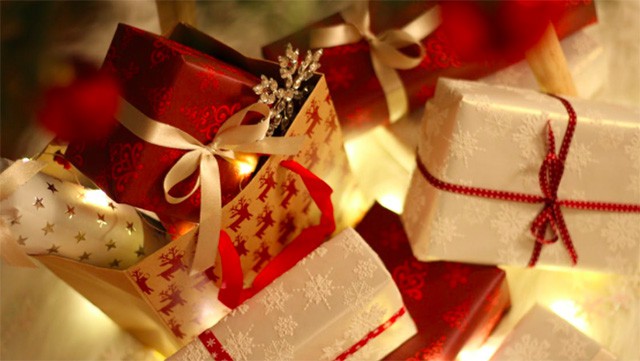 The days of writing letters to Santa, perusing gift catalogues and holiday shopping day countdowns are quickly fading: Canadian consumers are increasingly turning to digital tools such as voice-recognition powered technological concierge services as they shop year-round for holiday gifts, according to Accenture’s 2017 Holiday Shopping Survey.

Now in its sixth year, the survey found that Canadians are continuing to leverage technology to solve for a more convenient holiday shopping experience, with 66 percent of shoppers saying they are familiar with Google Home and 75 percent are already using it/would definitely use it/are willing to use it and 61 per cent are using – or are aware of – Amazon Alexa, to buy gifts this season.

Additionally, 66 per cent of Canadian shoppers who responded to the survey said they first check Amazon before looking or buying anywhere else.

The research findings also revealed that nearly half of respondents want online wish lists to make the task of holiday shopping easier.

In fact, more than half of Canadian shoppers (56 per cent) said that being presented with ideas for gifts for occasions and people would make their respective shopping experiences easier.

“This year, Canadians are putting a high premium on convenience and digital when it comes to getting their holiday shopping done,” said Robin Sahota, managing director of Accenture’s retail practice in Canada.

“Canadians are also moving toward being ‘shopped and wrapped’ earlier than ever before, which means retailers must seize the opportunity to innovate and by offering a distinctive experience, lay the foundation for more profitable, year-round relationships. The key is to define their purpose, engage in a way that is memorable and be clear about the role they will play in shoppers’ lives.”

According to the survey, the rise of constant discounts from deal websites and Amazon Prime Day have lured more than half of Canadian shoppers, who are now shopping for holiday gifts throughout the year, including 65 per cent of older millennials (age 28-37) and 63 per cent of Gen Z (18-20) consumers.

The move away from deep-discount shopping days continues, with fewer Canadian respondents likely to shop on Boxing Day this year (64 per cent), down from 70 per cent last year.

“Winning over the Canadian consumer will require providing active, rather than passive, shopping inspiration. This might mean proactively offering gift recommendations for a certain person, to help retailers influence a consumer’s purchase before they even think about searching for ideas.”

Online, mobile and social media sites continue to be the most popular tools that the survey respondents say they use to conduct their holiday shopping, with their use increasing over the past year by five percent for online, 100 per cent for mobile, and 33 per cent for social media. At the same time, in-store shopping has decreased by 11 per cent. YouTube (46 per cent) is the main social channel consumers use to make shopping decisions or purchases, followed by Facebook (42 per cent).

The survey found that while Canadian shoppers have embraced technology to seek and purchase gifts, they are considerably less open and understanding of new ideas when it comes to certain delivery options. Specifically, 37 per cent of all respondents said they would not order drone delivery for their holiday gifts, if available. Another 29 per cent said they don’t understand what drone delivery is.

Other key findings include:

Discounting: Canadian shoppers are especially keen on getting discounts, with more than half (58 per cent) saying they will buy several items from individual stores and a further 19 per cent saying they will buy at individual websites to get each at the lowest price or at a discount. On average, 36 per cent is the typical discount that will persuade shoppers to purchase an item.

In-store versus online: Just under half (47 per cent) of Canadian shoppers surveyed said they will do the majority of their holiday shopping in-store, and 40 percent will shop mostly online. Only two-fifths of shoppers will shop in a store on Black Friday and Boxing Day so that they can buy personal items at a cheaper price (40 per cent total/ 49 per cent for younger millennials) and to take advantage of the special door buster deals (37 per cent/ 43 per cent for older millennials).

Customer experience and loyalty: 54 per cent of Canadian respondents are more likely to do their holiday shopping with a retailer who could offer a personal shopping service. Canadian shoppers are open to sharing personal information in exchange for personalized offers such as coupons (62 per cent) and loyalty card points (52 per cent).

Accenture surveyed 1,500 Canadian consumers about their holiday shopping habits in September 2017. Respondents were sourced equally from the Toronto, Montreal and Calgary areas. The survey was conducted online and used input from consumers who have purchased an item for personal use online or in store within the last six months.