Is the Ford Government In Denial About Climate Change? 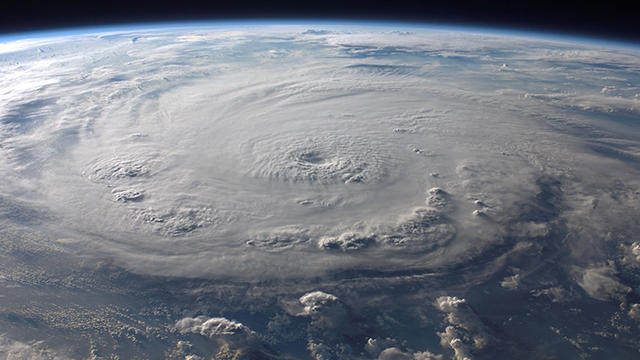 When it comes to the issue of climate change, the new Progressive Conservative government in Ontario is sending some rather strange mixed signals to the public.

Premier Doug Ford said he believes climate change is real during his leadership run and the subsequent election campaign, but the government’s actions since taking office have been troubling for people concerned over how Ontario responds on this huge environmental challenge.

Ford announced that the cap and trade program under the Liberals would be scrapped, green energy retrofit programs would be cancelled, and now the latest snafu appears to be that the words “climate change” may not be used at all.

According to BlogTO, an email–sent anonymously to the Toronto website–from a social media coordinator of Ontario Parks were told they were “not allowed to mention climate change” on their social media postings. 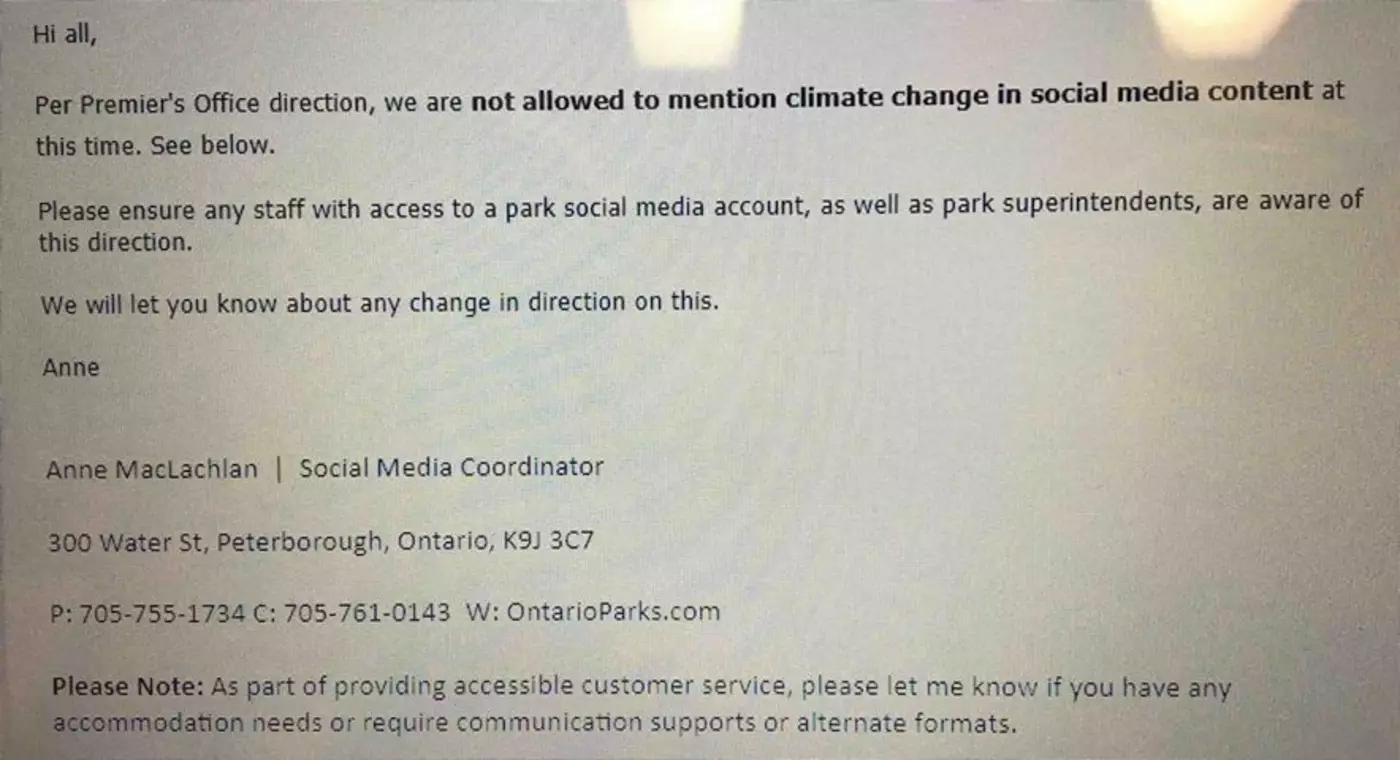 It’s not only within the Ministry of Environment, Conservation and Parks, but other ministries have allegedly been instructed to also not use the words “climate change” as well.

Here’s another email outlining those same directives to staff in the Ministry of Natural Resources: 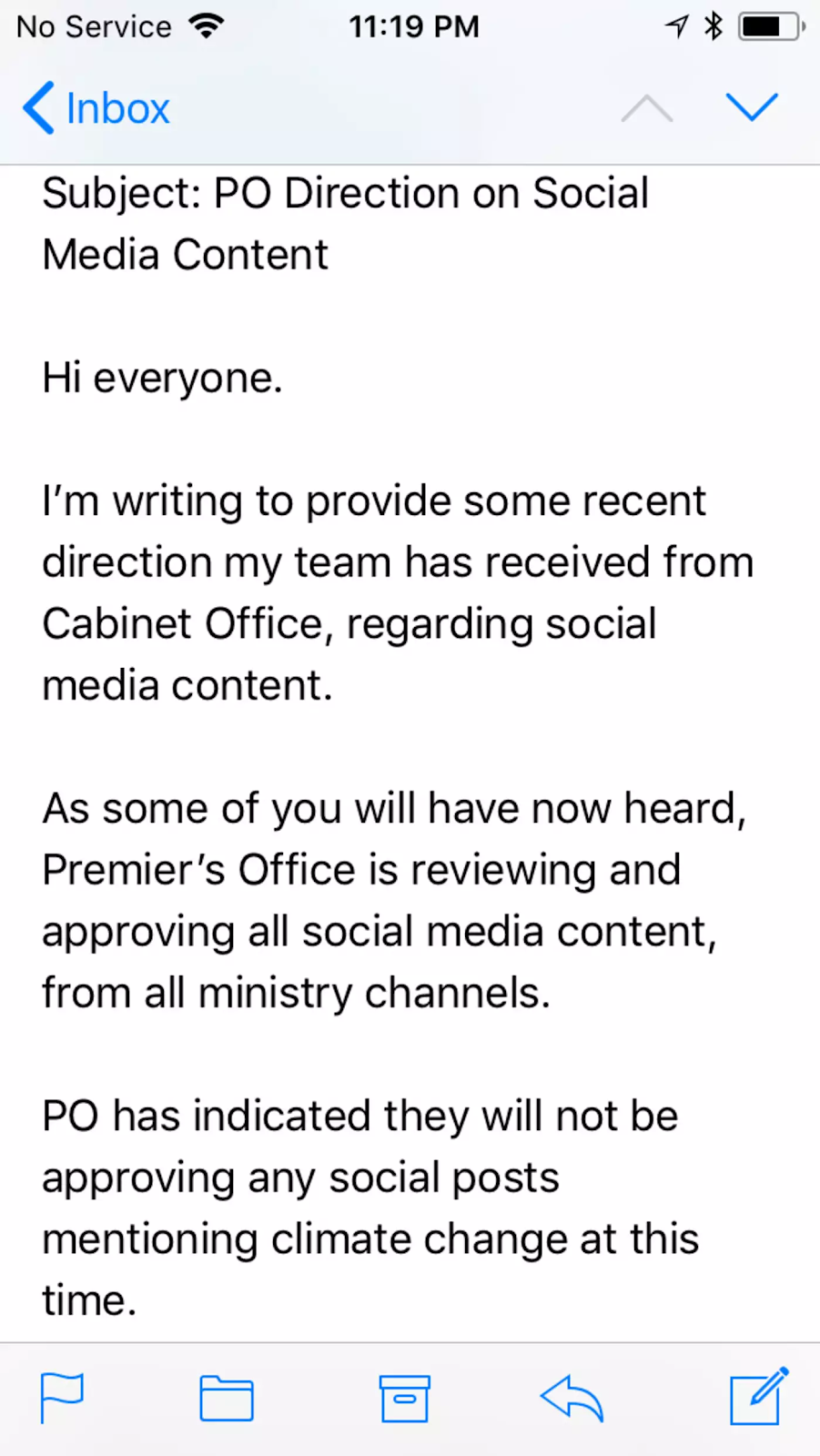 But the provincial Environment, Conservation and Parks Minister Rod Phillips later clarified in this statement in response to Green Party leader Mike Schreiner that the government understands the seriousness of climate change and is developing a plan.

Appreciate the letter @MikeSchreiner Please see my response attached. I assure you, we very much understand the challenges that climate change presents to our environment. Looking forward to working with you for solutions going forward. pic.twitter.com/acFd98udFl

“I can assure you that no direction from the Premier’s office or Cabinet office restricting the use of the ‘term’ climate change on social media was given. The email sent to ministry staff was a mistake,” Phillips said in his statement.

Bill 4, which is the cap and trade cancellation bill, also requires the government to develop a climate change plant, set emission reduction targets and report on the progress to the public.

Conservative parties have historically had a tough time talking about climate change. It’s not an important issue to the vast majority of their base, and those that have advocated for some kind of carbon pricing (which can be argued is a free market solution) have not done well within the party, such as former federal leadership candidate Michael Chong.

When the federal Conservatives were in power under Stephen Harper, they were accused of censoring scientists from discussing the climate change issue in public. The current Ford government revamped the Ministry of the Environment and took out the word ‘Climate Change’ from the name.

So is this new Ontario government subconsciously in denial about climate change? While they took the words out of the title of the ministry responsible on address climate change, the bill Phillips introduced still talks about it. But if there are government officials believing that they are not to use the words ‘climate change’, that would make for some awkward conversations about understanding the issue in the first place.

Unless, of course, you’re one of those people that don’t believe climate change is real, in which case you’re likely cheering this move. But if you can look at year after year of severe weather events happening in Canada and around the world and say the climate isn’t changing to some degree, then you have a huge case of denial.

Even if you choose to deny climate change as real or a serious problem, isn’t it still a good idea to rejig the economy to be more green and put “an insurance policy” in place in the event severe weather events hamper our quality of life?