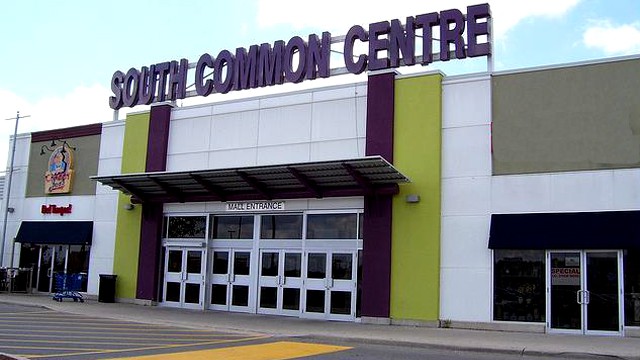 It was recently announced that one of the barren, empty retail spaces left by Target’s abrupt and disappointing departure from Canada will be filled by a brand new Walmart Supercentre.

While four (now three, as far we know) Mississauga malls are seemingly shopping for new anchor retailers in the wake of the high-profile Target closures, Erin Mills Town Centre recently announced that Walmart will be taking over their prime piece of retail space. The Supercentre will sell groceries, clothing, home goods, toiletries and electronics.

When Target first pulled out of Canada in early 2015, people (us included) started eagerly speculating on possible replacements. Mississauga residents had a ton of big ideas regarding suitable merchants, with many saying an Ikea, Loblaws or, yes, a Walmart would be an ideal occupant.

Erin Mills Town Centre is currently winding down a $100 million renovation and is in the market for some fresh new retailers. While it’s hard to argue that Walmart is fresh or new (is any long-standing chain?), it’s easy to understand why the big-name brand would want to set up shop in the reinvigorated mall. It’s also prudent to note that residents in the growing neighbourhood might appreciate a little nearby discount shopping.

When the announcement was made, however, one major question popped up:

According to the Mississauga News, a Walmart spokesperson confirmed that the South Common store will remain open. We also confirmed this when we called South Common’s property management office. Property Administrator Gordana Djuricic reiterated that the popular Walmart will indeed remain open and said that the new EMTC store is simply part of the brand’s expansion.

That said, what of the mall itself?

For the past year or so, the rumor mill has churned out numerous whisperings of an inevitable mall closure.

At this juncture, nothing is confirmed. When we asked Djuricic about the rumors, she referred us to the organization’s media relations department. We called them and left a voicemail, but they have not yet returned our call to comment.

It’ll be interesting to see what will happen to the long-standing mall. The structure has undergone a few facelifts over the years and currently boasts the aforementioned Walmart, a No Frills, Starbucks and Shoppers (all exterior to the mall). The retailers inside the mall are a little lower-key.

Will losing the mall affect local shoppers? Will it be missed? Would residents prefer something different in the area? Would a closure hurt the nearby stores and restos surrounding the mall?

Let us know your thoughts.