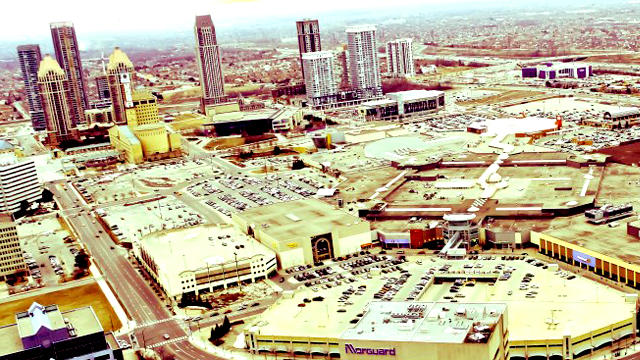 “Five little twerps from Caledon…tell us what to do!”

It sounds like a prepubescent child said something like this, but if that’s what you thought, you’d be wrong. It was actually Ward 5 Councillor Carolyn Parrish who uttered this statement during the regular council meeting last week.

The issue that led to Parrish’s rather colourful remarks about Mississauga’s neighbours up in Caledon was a motion, in principle, to be brought forward to Peel Regional Council to transfer jurisdictional and financial control of all regional roads within the boundaries of Mississauga from the Region of Peel’s control to Mississauga’s.

It just so happens, a number of roads in Mississauga fall under the supervision of the Region of Peel, such as Britannia Road, Mavis Road, Erin Mills Parkway, Dixie Road, Derry Road, and The Queensway. This leads to an interesting dichotomy where politicians from Caledon (a rural town of 59,000 people, according to the last census) have a say over when roads within Mississauga should be repaired and how. Likewise, Mississauga’s had some strong words over Caledon development issues, and not always nice words, which sometimes makes you wonder why we are meddling Caledon’s affairs.

Mississauga councillors have been making noise lately about getting out of Peel Region, and this motion to assume responsibility over regional roads is a step in that direction. As Mississauga’s City Manager Janice Baker opined during the meeting, the reason for this willingness to take back control of the 40 per cent of roads being paid by the Region is for the value of streamlined road planning and determining road access without having to consult another layer of government (i.e. Peel Region officials). In the overall scheme of things, Mississauga assuming responsibility for its own destiny by taking control over its property shows seriousness on the part of Canada’s sixth largest city in going it alone.

Now there will be no doubt be counter arguments about how taxes will go up and Mississauga might have to spend some additional dollars to maintain regional roads on its own. On the other hand, the status quo under Peel could be leading to a fiscal disaster of epic proportions in some councillors’ minds. Speaking from his experience as Chair of the Credit Valley Conservation Authority (CVC), Ward 7 Councillor Nando Iannicca mentioned how he was invited up to the Town of Erin to view some new projects for laying down water pipes on their main roads, a project costing $700,000 for a town of 10,000 people. He says that’s pretty much what Caledon is doing now; they’re laying down massive amounts of infrastructure and the only way it could be paid for is through Region of Peel taxpayers, of which Mississauga contributes 60 per cent of the tax base. If Mississauga is contributing the majority of the tax base to finance this, is it sustainable for Mississauga in the long run?

I think Councillor Parrish expressed the frustration over this issue of subsidizing Caledon in the most entertaining way possible: “I don’t want to keep sending truckloads of money out of Mississauga into Caledon….my FAVOURITE place where to put money, and then they can have more horse farms…and very wealthy people.”

Her sarcasm and ‘Caledon twerps’ comment aside, at least there is some serious political calculus in this motion. Parrish implored that all 12 Mississauga councillors vote in the affirmative as one bloc because technically Mississauga has the majority of votes in the chamber, and it’s time they start exercising that political muscle. Only then would Mississauga get the green light to do a financing modeling study done to assess how much money it would take to assume jurisdiction on regional roads.

A lot of this sounds like inside baseball, but it’s crucial to understanding this issue and assessing as a taxpayer whether you believe this is a necessary initiative to undertake for Mississauga. So what do you think? Should Mississauga assume responsibility for regional roadways and bear the financial costs?