Is Hamilton getting all-day GO Train service at last? 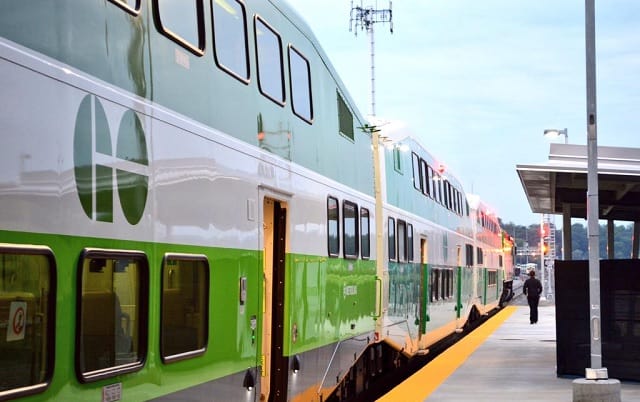 A game-changer for Hamilton commuters and day-trippers — all-day GO Train service to Toronto — appears to be on track, at last.

The City of Hamilton and the Ontario government says Transportation Minister Caroline Mulroney will be in Hamilton on Monday morning (July 26) an make an an announcement about public transit improvements for Hamilton. Reports online are that GO Train will be added at the West Harbour GO Station downtown near Bayfront Park before the end of the summer.

The station at 353 James St. N. is on the Canadian National Railway (CNR) line through the north end of Hamilton. It opened in June 2015, shortly before Hamilton hosted events during the 2015 Pan Am Games.

However, because the CNR has priority on the line, GO Train service to downtown Hamilton has been limited and the station has been chronically underused. Trains only depart from and come into the city centre during morning and evening rush hours on weekdays.

The vast majority of trips on the Lakeshore West line begin or stop at the Aldershot station in Waterdown. Hamilton residents face an extended trip time since their options for getting to Aldershot mean connecting via a shuttle bus from the Hamilton GO Centre on Hunter Street East, cycling, or using a ride-share service or taxi.

In addition to Mulroney, Hamilton Mayor Fred Eisenberger and Flamborough-Glanbrook MPP Donna Skelly will also appear at the announcement. The three politicians will be joined by Metrolinx CEO and president Phil Verster, and LiUNA international vice-president Joseph Mancinelli who is also the Central and Eastern Canada regional manager for the labour union.

The announcement adds to a busy summer for transit projects in Hamilton, ahead of a potential federal election later this year, a provincial election in June 2022 and the municipal election in October 2022.

Earlier this week, the two senior levels of government announced $370 million in funding for seven projects to improve Hamilton’s city bus network. One month ago Friday, Hamilton city council voted 9-6 to begin negotiations with Metrolinx on Hamilton’s LRT (light-rail transit) project. The federal and provincial government are splitting the estimated $3.4-billion cost of building LRT 50/50, with the City of Hamilton covering the operating costs.

The LRT project was revived earlier this year after being cancelled on Dec. 16, 2019 by the Ontario PC government. Mulroney was met by protesters after making that announcement, and left the city with a police escort.