Is Airbnb Banned in Your Mississauga Condo? 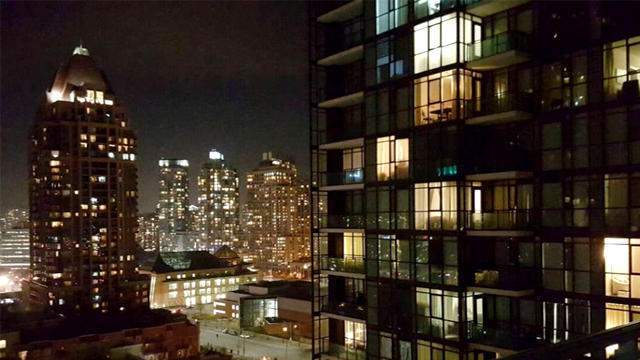 Earlier today, the condo corporation that operates in my building sent a stern letter to all residents detailing a recent kerfuffle involving an Airbnb listing in the building. According to the letter, a tenant in my condo recently listed his unit on the popular sharing service and was promptly confronted by the condo corp and told to remove the listing at once.

While it appears he complied, the organization is seemingly anticipating some foul play and Airbnb shenanigans and is asking everyone to keep an eye out for short-term guests.

While that news might seem alarming to fellow condo owners who believe they should be able to rent out their units to short-term tenants as they please, it’s really no secret that condo boards and property managers worry about Airbnb and want it restricted (or in some cases, banned) in their buildings.

While that might seem draconian, there is some precedent for their caution and the Ontario court system is, it appears, on their side.

According to a recent Financial Post article, an Ontario court has said that condo corps have the authority to ban owners from renting out their units on Airbnb and other rental/vacation services such as Expedia.

The Post reports that Justice Robert Beaudoin of the Ontario Superior Court ruled that “the owners of an Ottawa condo unit violated the ‘single family use’ provision in the condo’s declaration because they had been making their unit available for short-term rentals on nine web sites, among them Airbnb, Expedia.ca, Kayak.com, hotels.com and Orbitz.com.”

According to the Post, the judge wrote “‘Single family use’ cannot be interpreted to include one’s operation of a hotel-like business, with units being offered to complete strangers on the internet, on a repeated basis, for durations as short as a single night.”

While The Post points out that the rule is based on the judge’s interpretation of the province’s Condominium Act, the ruling perhaps shouldn’t really come as a surprise—especially considering the fact that condo corporations have the ability to enforce rules that even landlords cannot (for example, your landlord cannot ban pets, but your condo corp can).

But while there’s an important discussion to be had about how one operates the space they own, it’s important to acknowledge that condo corporations do have reason to fret about short-term rental arrangements.

Back in May, reports emerged that an Airbnb rental property — or rather, an Airbnb Party House — was making life miserable for some residents in Meadowvale in Mississauga. The house had become a haven for raucous partiers for three months and the situation was becoming an enormous headache for the ward’s councillor and the homes neighbours.

A month earlier, Toronto Life published a personal essay by a Toronto woman who had her home trashed by a tenant who actually hired a DJ to spin in her living room. The damage to the home totaled more than $35,000.

While both of those situations involved houses rather than condos, the risk of damage probably concerns condo corporation. While most Airbnb tenants are no doubt respectful of their space, others—just like some ungrateful hotel guests of days past—might abuse the space and, in the process, disrupt other residents.

But while the ruling isn’t necessarily shocking, it does have wider implications and it does limit one’s freedom to use their unit to generate additional income.

In my case, my condo has made its feelings on Airbnb clear.

You might want to view your declaration before listing your suite for a weekend or two—if your condo corporation finds out and challenges you on it, the courts might just be on their side.