Is a Board Game Cafe Coming to Mississauga? 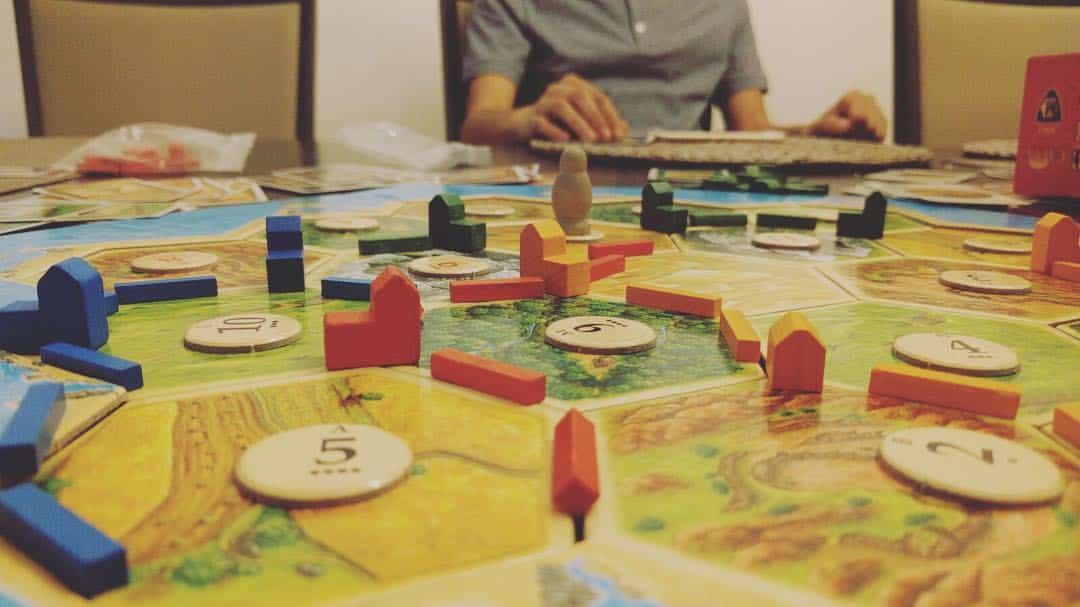 When one door closes, another one–perhaps a bigger one–sometimes opens.

Board games have always been popular (almost everyone has played Sorry or Monopoly, after all), but to say they’ve experienced a renaissance in recent years is an understatement. Now, it looks like someone is about to bring a bona fide board game cafe to Mississauga.

Board game enthusiast Vianna Bui, who has plans to create a board game cafe in the city, has been testing out her business plan by running weekly board game nights at popular indie cafe The Cold Pressery.

As of now, All Aboard Games takes place at The Pressery every Friday night from 8:00 p.m. to 12:00 a.m. (although the nights will be paused after July 28 while organizers decide how to organize the events going forward).

For those who already hit the cafe once a week, they know an important niche is being filled.

“Daniel, my partner, and I first hosted our board game night in May and have continued to every Friday,” says Bui, a Cold Pressery employee and budding business owner hoping to kick off her very own board game cafe.

“When board game nights first came to mind, we wanted to host it at a café for customers to be able to feel somewhat of the similar atmosphere of our potential upcoming café. I approached the owner of Cold Pressery with the idea of renting the space after hours with the terms that none of their products would be touched or sold during our game nights.”

People who come into the Pressery can enjoy a small menu that features non-vegan items that are kept far away from the cafe’s vegan offerings (to avoid any cross-contamination). And although All Aboard Games takes place in The Pressery, Bui says it’s its own entity.

“It’s a completely separate business renting the space after hours.”

Although All Aboard Games has only been operating for a few short weeks, the response has already been positive.

“The response to the game nights has been great. The idea of the game nights is to begin marketing our brand and build a community for those who really enjoy playing games with their friends/family as well as locals looking for something exciting to do locally at the end of their week,” says Bui.

As far as participating goes, prospective attendees are not required to register or sign up ahead of time. Bui says that anyone who wants to play can do so on a first come, first serve basis and that the cafe can seat about 50 people.

Attendees do not have to pay to participate.

“All are welcome to join permitted the space occupancy. The setting of the game nights is to mimic the café itself with table service and thorough explanations of unfamiliar games that customers want to explore. We walk around to ensure the customers have quick, thorough, exciting explanations of games so that they won’t need to spend time going through the instructions themselves.”

Bui was, naturally, inspired by the success of Snakes and Lattes, a Toronto board game cafe that’s known for long lineups, a vast game selection and satisfying food and beverage options.

“Snakes and Lattes has been my favourite spot in Toronto, but driving down there is one of my biggest pet peeves. I decided I wanted to bring the concept down here to be Mississauga’s first dedicated game board café,” she says.

“Other locations that offer games to play, [but] we want to be the first cafe with a wide selection of roughly 300+ board games. We will be consistently interactive with the customers. We believe people will have a better experience if they don’t need to go through the rule book themselves and have us there to create fun and quick explanations.”

The future cafe will also have something just as important as games–food.

“We plan to have a unique atmosphere with a wide selection of finger foods and beverages,” Bui says.

As for The Pressery game nights, Bui says the games typically played are quick, competitive games.

“Our top three played games are Ghost Blitz, Riff Raff and Joking Hazard which all have different concepts,” she says.

As for whether or not All Aboard Games is about to open its own space, Bui says she’s scouting locations.

“All Aboard Games are still in discussion of the potential opening date. We would ideally love to open in the heart of Mississauga, close to Square One Shopping Mall. We plan to have space to hold roughly 100-150 customers at a time with potentially 3000 sq.ft.,” she says.

And although All Aboard Games will operate on July 28, the game night will close after that while Bui and her team decide on an action plan.

“We will unfortunately be putting the game nights on a pause after July 28 event for now. We’ll be reevaluating the game nights that have already been held to improve the quality of our service for our customers. From there, we’ll be discussing if we will continue hosting game nights at The Cold Pressery or consider hosting them at a bigger location,” she says.

We’ll keep you updated on details about the potential cafe as they emerge.