Investigation Into Massive Fire in Mississauga Has Concluded 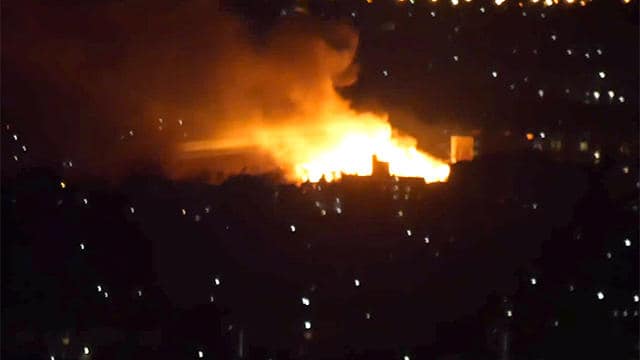 The investigation into a massive fire that broke out Friday night (March 2) is concluded, according to a recent statement from Mississauga Fire Chief Tim Beckett.

The fire broke out around 7:00 p.m. at a four-storey condominium under construction in the area of Joymar Drive and Tannery Street in Streetsville.

There were thankfully no casualties in the incident. A firefighter suffered a minor hand injury on the scene.

The office of the Fire Marshal and Emergency Management, working with Mississauga Fire and Emergency Services, have concluded their investigation into the cause of the fire. At this time, they have not yet released their report identifying the cause.

Rutledge Road currently remains closed to traffic, although families visiting loved ones at the retirement residence are allowed access.