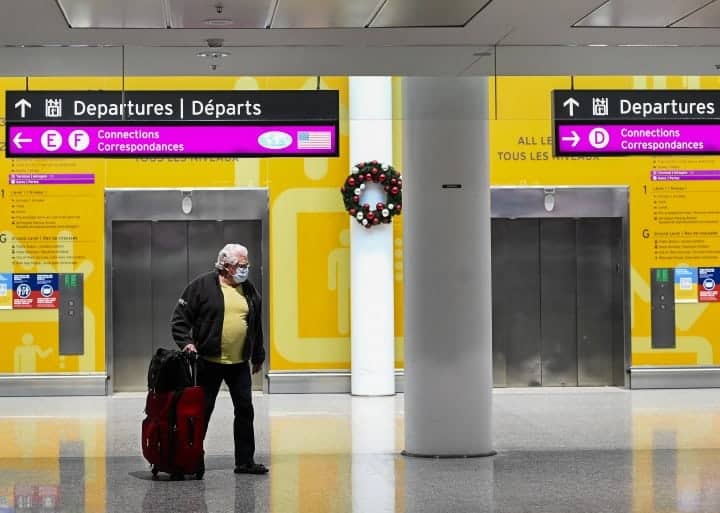 Travellers arriving at Mississauga’s Pearson Airport will be forced to quarantine at their own expense at local hotels under new plans to stop the spread of COVID-19 announced today by the federal government.

Trudeau said the new measures are an expansion of existing ones, which, he says, already ban foreign travellers except those who are involved in essential services.

As for the quarantine, the Prime Minister said people arriving here will be forced to take the COVID-19 test and will have to remain at the hotel for three days until results are verified. If tests prove to be negative, people will be allowed to go home but still have to isolate for 14 days. Positive tests will mean a further stay at the government approved hotel. Trudeau said the cost of the hotel and the test will be placed on the traveller at a price of $2,000.

Up until now, travellers have had to show a negative test before boarding a flight to Canada, and, they have been asked to isolate at home for two weeks. However, flights have still been arriving into Canada with passengers carrying the virus and investigations have shown that people have not been isolating when they return home. Trudeau said a private security company will now assist local police to ensure that those isolating stay in their homes.

Travel restrictions to the Caribbean and Mexico will begin this Sunday, but the government would not say if the ban will extend to other international destinations or sun spots. Further, international flights will be only allowed in at airports here at Pearson, Montreal, Vancouver and Calgary.

He said further restrictions will be put into place that will require all land travellers coming from the United States to provide proof of a negative coronavirus test.

Earlier today Ontario Premier Doug Ford announced his own plan for testing those who arrive at the airport. It is not known yet if the two levels of government will now combine forces to conduct the tests.

The advanced security measures come as new variants of COVID-19 flow into the country as a result of travellers arriving from such destinations as the United Kingdom, Brazil and South Africa where new, more virulent strains of the virus have been discovered.