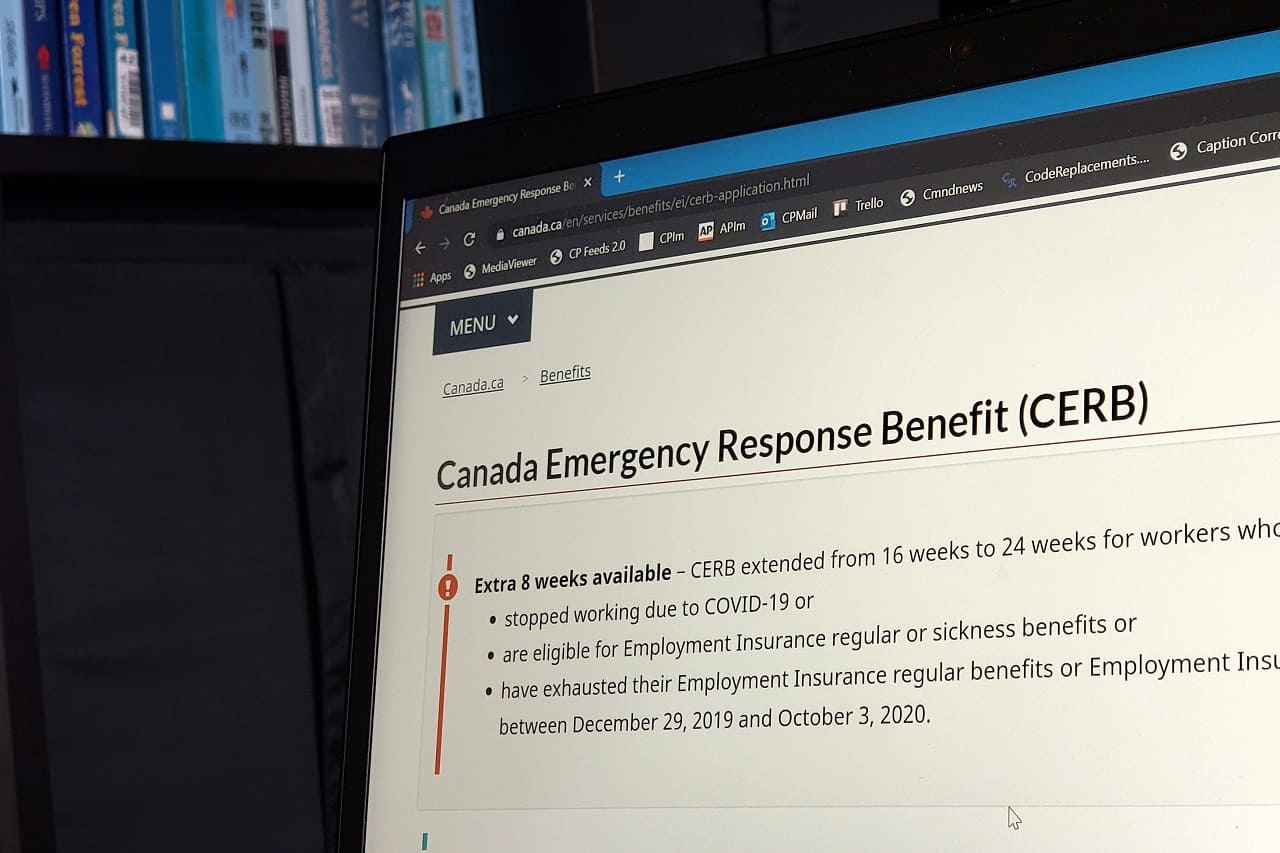 The landing page for the Canada Emergency Response Benefit is seen in Toronto, Monday, Aug. 10, 2020. Internal government documents are providing the clearest picture yet of the impact that emergency aid is having now on federal support to low-income seniors and families. THE CANADIAN PRESS/Giordano Ciampini

Internal government documents are providing the clearest picture yet of the impact that emergency aid is having on federal support to low-income seniors and families.

Thousands of benefit recipients have seen a decline in the value of payments because they received the Canada Emergency Response Benefit or its successor, the Canada Recovery Benefit, last year.

Documents show low-income families were expected to see the sharpest drops in support through the Canada Child Benefit, and federal officials say about 83,000 low-income seniors have lost out on the guaranteed income supplement.

The documents obtained by The Canadian Press under the access to information law provide a window into the early warnings around how the financial help offered by the pandemic recovery benefits last year now claws back payments relied on by millions of Canadian households.

The reason is because the CERB and a trio of other government recovery benefits — the CRB for unemployed workers, a caregiving benefit for anyone who stayed home to care for a child or loved one, and a sickness benefit for ill workers — were counted as income for the purposes of calculating benefit amounts. As incomes rose, benefit values dropped.

In a May presentation about the impact on child benefit payments, officials at Employment and Social Development Canada wrote that about 15 per cent of aid recipients received the CCB, compared to 12 per cent of the general population.

The presentation estimated that among those expected to see a drop in child benefit amounts, almost three in 10 had total incomes under $20,000 and the value of their benefits would drop more compared to higher-earning recipients.

Meanwhile, the emergency aid provided reduced GIS payments for 183,417 low-income seniors, who on average lost about $3,500 this year, which is less than they would have received in pandemic-related benefits last year because supplement payments are clawed back $1 for every $2 of net income.

GIS recipients can petition the government to calculate their benefits on current year income, not the previous year as is generally the case. Some 5,000 applications had come in by early July, and officials wrote in a briefing note to the minister’s office to expect “the volume of requests will significantly increase.”

In the end, Employment and Social Development Canada said about 83,000 seniors who received the CERB or one of the three federal recovery benefits were pushed above the income threshold to qualify for GIS. That figure is just over half of the 157,208 seniors who exceeded the maximum income amount, above which someone no longer qualifies for the GIS, referenced in one of the documents.

“Every year thousands of seniors’ GIS is adjusted to reflect changes in their net income so that it targets those who need it most,” Seniors Minister Kamal Khera’s office said in a statement.

“We appreciate that the adjustment has been difficult for some seniors. We continue to look at how to support those trying to make ends meet.”

There were also more than 130,000 seniors who had their payments suspended because they failed to file income taxes on time, a number that has since dropped to 35,580 after Service Canada made thousands of calls to get the missing information.

New Democrat Jenny Kwan said many seniors in her Vancouver riding are worried about paying the rent, and those facing language barriers have issues getting information on why their payments have been slashed.

“It is so stressful for these seniors,” Kwan said. “I have no doubt in my mind if the government doesn’t take action, these seniors will wind up being homeless.”