UPDATE: Joummar is now open and serving customers in Mississauga.

A few month ago, some diners were shocked to see that the somewhat long-standing Walker's Fish Market, which has been occupying prime real estate in the Dundas and Winston Churchill area for some time, had seemingly shuttered its doors for good.

Now, we know who will be taking its place. 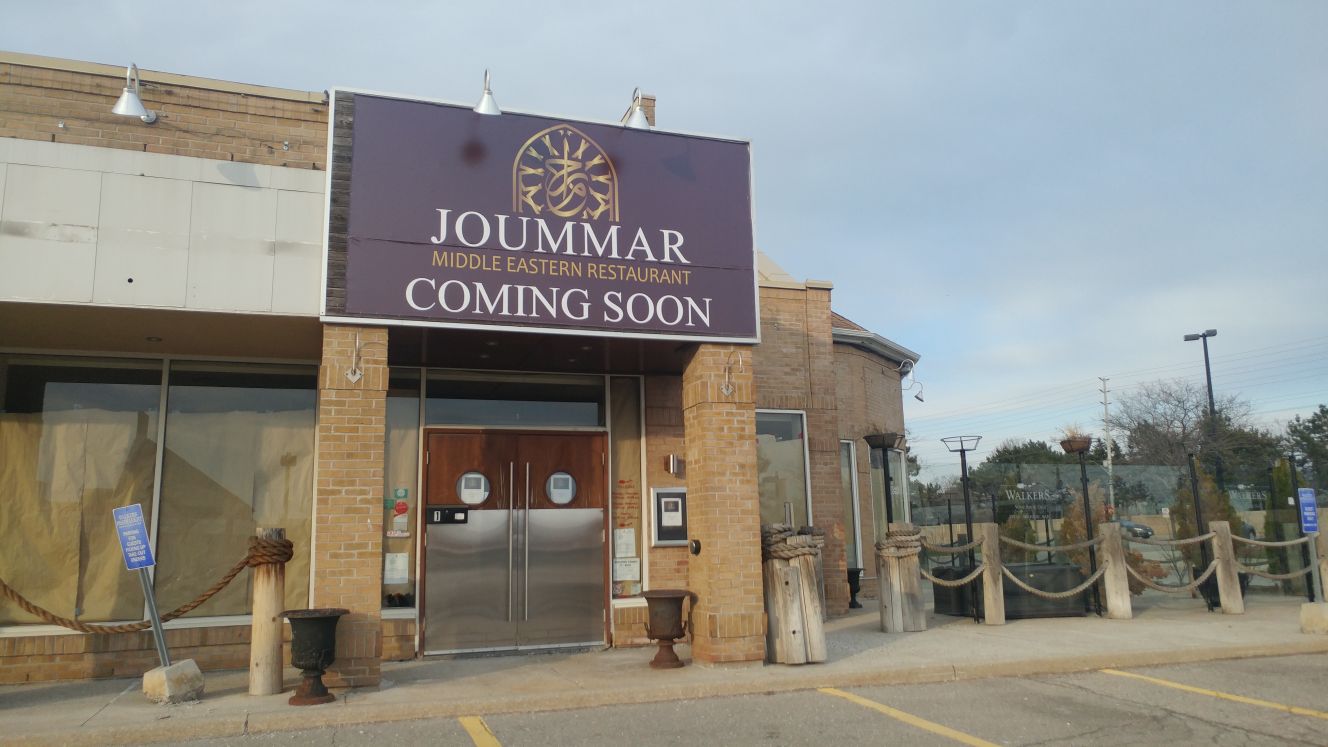 Joummar will be yet another Middle Eastern restaurant to call Mississauga home, but this one will add some distinctly Iraqi flavour to the city's diverse culinary landscape.

The resto also says its shawarma will be a highlight.

"Have you ever had shawarma that was so good you wondered how you lived without it for so long?," the resto writes on their Facebook page. "Ours is even better. Can you guess what's inside out shawarma?"

"If countries put food on their flags, then Masgouf would be on the Iraqi flag rippling away in the wind," the resto says.

We'll keep you updated on more new opening details as they emerge.