Interesting New Restaurant Coming to Square One Area in Mississauga 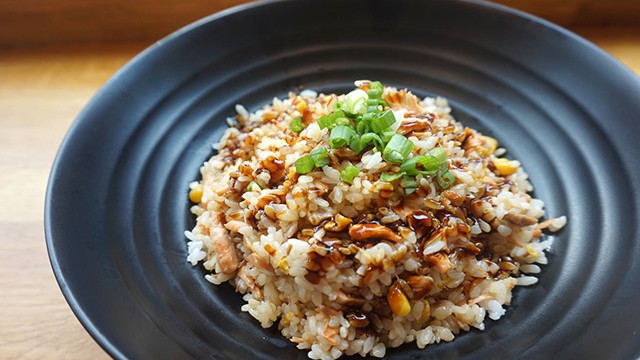 A few months ago, we waved goodbye to the generously-sized dessert joint Bliss Cafe and Bistro. The centrally-located dessert joint, once known as Spin, shuttered its doors for good in October 2017.

The closure was shocking, as Bliss–which occupied prime real estate on the ground level of the stylish Limelight condos–made desserts lovers wait quite awhile for its official opening after it made its intentions for the retail space clear back in 2014.

Now, it appears the vacancy has been filled by a popular Taiwanese food and bubble tea joint.

Cha Me. Cha, which has displayed its vibrant branding in the storefront windows, is taking over the space in the not-too-distant future.

In fact, restaurant operators say the brand new location should be open before May.

The new resto, which will no doubt satisfy locals who usually have to wait in line at the nearby Chatime for bubble tea, reportedly derived its moniker from the word “tea” in Taiwanese.

And while the resto boasts a substantial food menu, it’s best known for its vast array of tea products.

“A flourishing tea tree results from loving care, cultivating and harvesting finest tea leaves by the tea farmers. A cup of fine and aromatic tea results from the amount of tea used, adequate timing and temperature of brewing,” the brand’s website reads. “Cha Me. Cha brings you the tradition of Taiwanese food and beverage blending in with the Western culture, allowing customers to experience the ambiance of Cha Me. Cha.”