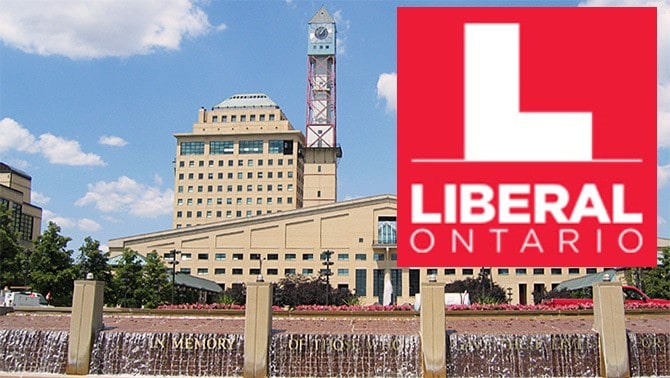 There are some interesting developments within the circles of the Ontario Liberal Party (OLP) pertaining to Mississauga’s six provincial ridings. The Liberals have held nearly every seat in the city since they swept into office in 2003. As well, Mississauga has been the source of 4 cabinet ministers in both the cabinets of former premier Dalton McGuinty and his successor, the current Premier, Kathleen Wynne.

But there are some recent developments in other Mississauga ridings that are of interest to political observers. Originally I felt that long time incumbent Harinder Takhar, a former Transportation Minister in Dalton McGuinty’s cabinet, was planning to retire in 2018. But based on recently available information, it looks like Takhar is seeking the nomination in the reconstituted provincial riding of Mississauga Centre, facing off against Mississauga real estate professional Shafqat Ali. Takhar represented the former Mississauga Centre riding from 2003 to 2007, and since the latter year represented Mississauga Erindale. With the ridings redrawn bringing back Mississauga Centre, and a new riding called Mississauga Erin Mills in the western part of the city, Takhar decided to run in his old riding again.

In the new Mississauga Erin Mills riding, there are three candidates vying to fly the Ontario Liberal banner in the 2018 election: Khalid Bajwa, Imran Mian and Hifza Musa. Musa is a real estate professional with a record of community and political involvement, while Bajwa is another realtor in Mississauga. As for Mian, who works in the Information Technology sector, this is the second time he is seeking the nomination to run as a candidate; he unsuccessfully sought the federal nomination in Mississauga East-Cooksville in 2011. According to Mian, the nomination vote for Mississauga Erin Mills is scheduled this September although the date could change pending on circumstances.

Takhar already planned to retire once before, in 2014, before changing his mind and running again. He had served in cabinet since 2003 as Transport Minister, but was demoted to Minister of Government Services and Small Business after, ironically, he failed to keep at arm’s length from his family business in order to avoid a conflict of interest. Since then, other than a run at the party leadership in 2013 after McGuinty stepped down, Takhar has been in the backbenches after leaving cabinet again for health reasons, and has not really managed to reignite his career to the level of prominence that he was when he was Transport Minister.

If I was to advise the OLP, if Takhar had decided to retire and in the interest of having more women in your slate of candidates, I would run Damerla in Mississauga Centre and use the opening in Mississauga East to appoint another candidate, such as Mississauga city councillor Chris Fonseca (whose ward is included in the Mississauga East-Cooksville riding). Fonseca has won her ward with over 70 per cent of the vote in the previous two municipal elections, and she carried herself extremely well providing residents with services and information updates during the aftermath of the Hickory Drive house explosion.

If the party was looking to put out some new faces in next year’s election, this would be a good idea to put up a sitting municipal councillor with a decent track record. The OLP has lately been besieged by retirements of both long serving MPPs and cabinet ministers as of late. This idea would have been something that could have been entertained for the local Liberals in Mississauga, but with Takhar staying on and running again, it looks like more of the same with some minor changes will take place.

Insauga will provide a complete updated list of the Ontario Liberals’ list of candidates for the 2018 election once they have been confirmed and finalized.