Interactive exhibit about war in Ukraine now on display in Mississauga 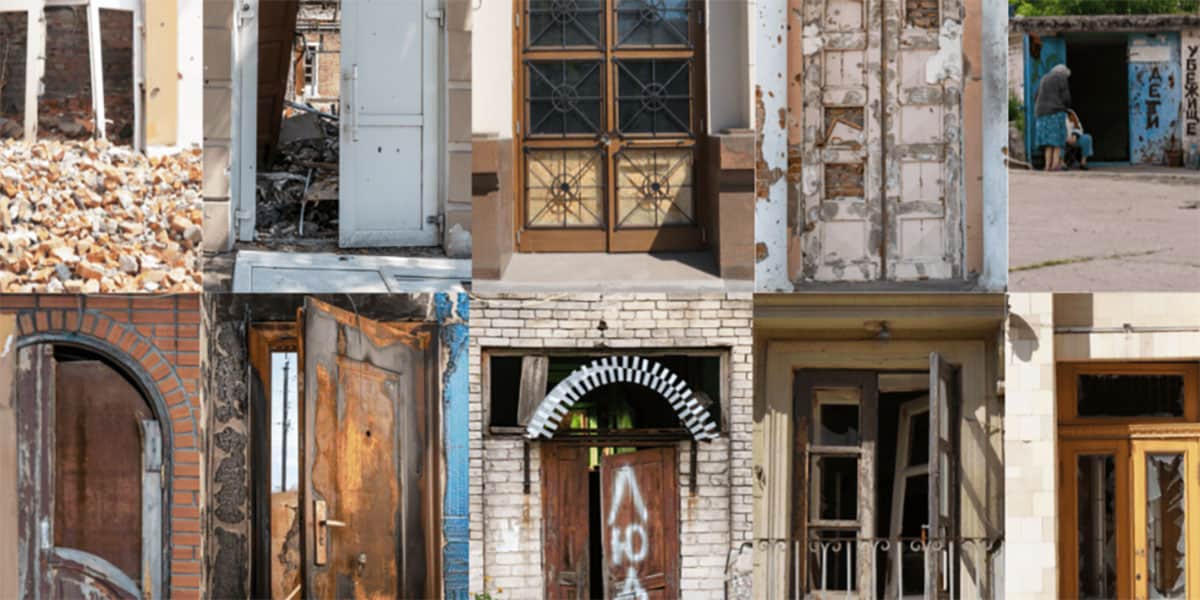 An interactive exhibit about the war in Ukraine is now on display in Mississauga.

The exhibit, called Doors. Through the Horrors of War., is being presented by Museums of Mississauga and the Small Arms Inspection Building and has been curated by Canadian/Ukrainian artist, Ruslan Kurtveliiev.

The art installation aims to tell the stories of millions of Ukrainian men, women and children who were forced to cross the doors of their homes to escape the war and illustrates the horrors of the war by using doors that have been imported from urban battlefields.

“We draw a parallel with lives as doors. Because doors, like people, have their own story,” reads the event page on the City of Mississauga’s website.

“We will take you through the doors of Ukrainian homes. To show you… What is life? What is death? What is fortitude? What is courage? And what is the price of freedom…”

The exhibit is being brought to the community by The Bloor West Village Toronto Ukrainian Festival and is on from now until Feb. 1, 2023, at the Small Arms Inspection Building.