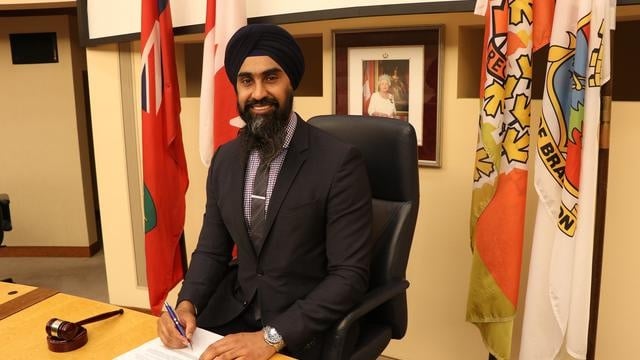 The city of Brampton’s integrity commissioner, Muneeza Sheikh, is recommending suspension without pay for a city councillor accused of sexual assault.

The city of Brampton’s integrity commissioner, Muneeza Sheikh, is recommending suspension without pay for a city councillor accused of sexual assault.

In December 2019, Wards 9 and 10 councillor Gurpreet Dhillon was accused of sexual misconduct during a trade mission to Turkey in November 2019.

“Upon learning of the allegations, City of Brampton officials immediately brought the matter to the attention of both the Peel Regional Police Service and Brampton’s Integrity Commissioner for their review and consideration,” said the city, which added that it has a zero-tolerance policy for any type of sexual misconduct or harassment.

At the request of Mayor Patrick Brown, Sheikh submitted a 268-page report following an investigation of the incident and suggested that Dhillon be suspended without pay for 90 days — the most severe penalty available by Sheikh’s recommendation.

“I wish to state that I am displeased that there is no avenue (at least insofar as it relates to my mandate and jurisdiction) that allows for Councillor Dhillon’s immediate removal from City Council,” said Sheikh.

At this time, Dhillon has not been formally charged, and the name of the accuser has been kept confidential.

Dhillon denied the allegations against him shortly after they were made, stating that the situation is a case of “mistaken identity” involving another person from Brampton with a similar name.

“Recently, it has come to my attention that an individual with a similar name and age to me, from Brampton, was recently arrested on criminal charges and appeared before court. This has led to mistaken identity and baseless rumours against me. I want to take this opportunity to unequivocally make clear that I have never been charged, arrested, or been under investigation,” Dhillon wrote on Facebook.

“In November 2019, I was part of a delegation that went to Turkey with a focus on increasing bilateral relationships between the City of Brampton and that country. Throughout this trip we focused on business-to-business relationships and at no time did I participate in any inappropriate conduct.”

The integrity commissioner’s full report can be read here.