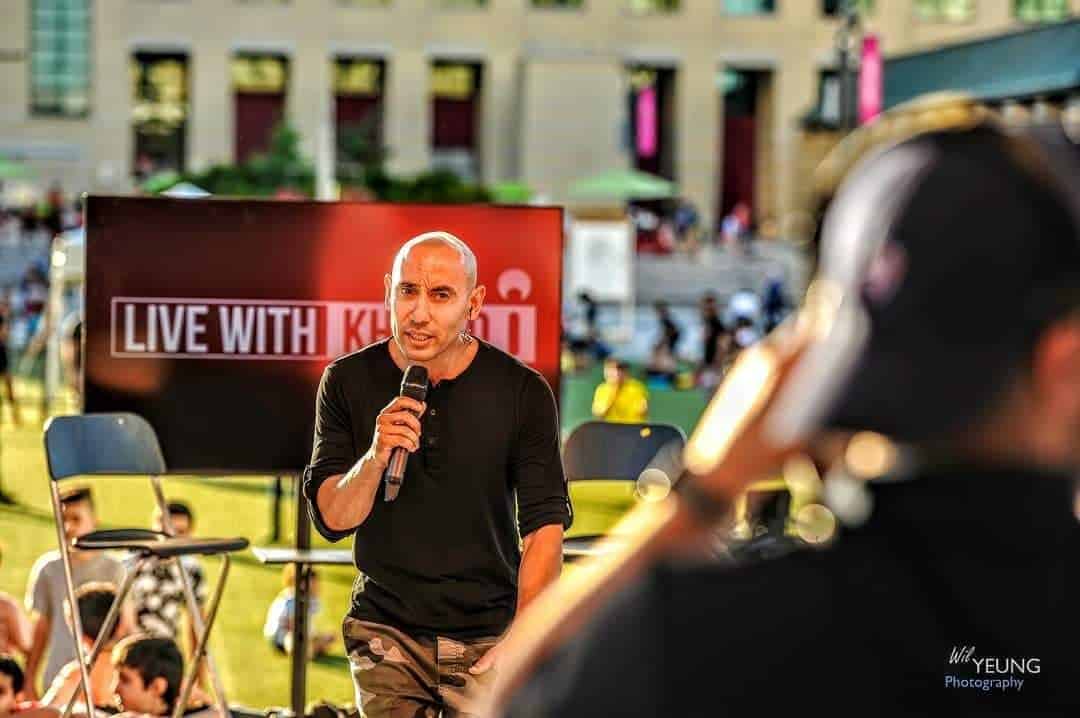 It’s hard to believe that summer is almost here (it’s been a long winter and an even longer spring), but the consistently warm weather is coming and so is insauga.com’s live TV show.

If you plan on hitting up Celebration Square to catch Thursday night movies, you might want to come early to watch LIVE with Khaled I–insauga.com’s popular self-produced talk show that’s now in its sixth year.

The show, which is filmed live at Celebration Square, will premiere on June 6 at 7:30 pm. If you can’t watch in person, you can catch it on Facebook Live and watch it anytime afterwards on insauga.com.

In fact, the show–which will premiere right before Celebration Square shows Wonder on the big screen at 8:00 p.m. on June 6–can be watched from anywhere in the world.

This year, LIVE with Khaled I will feature appearances by celebrity chefs who will perform live cooking demos, as well as athletes and entrepreneurs.

As for the June 6 show, the first guest of the year will be celebrity chef Massimo Capra–the renowned chef behind the beloved Capra’s Kitchen in Clarkson and the fine dining destination The Rainbow Room in Niagara Falls.

Khaled Iwamura, the host of the show and the founder of QuickBite News (insauga.com|inbrampton.com|inhalton.com), will continue to interview more restaurateurs, celebrities and guests over the summer season.

In fact, each and every episode will have a featured guest.

Over the past six years, Iwamura has interviewed everyone from Canadian hip-hop artist Classified to world renowned DJ Jazzy Jeff. He’s also interviewed hockey legend Wendal Clark, the Mississauga-based Billy Talent and members of Sum 41.
LIVE with Khaled I has generated 250,000 views over the last two summers and has celebrated the best of Mississauga by welcoming celebrity chefs, musicians, actors and athletes.