Insauga.com Does TIFF For the Very First Time 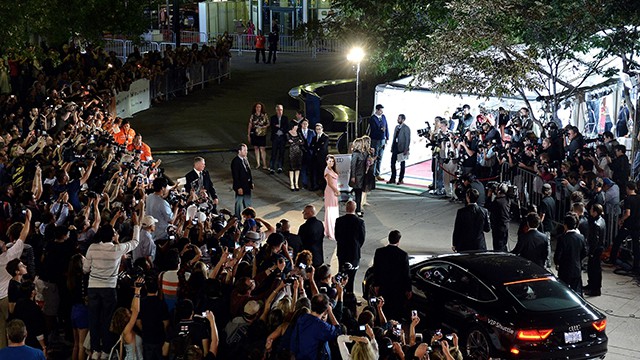 Have you purchased your TIFF passes, yet? If not, you might want to grab a flex pass sooner rather than later because, for the first time ever, insauga.com (and its sister sites inbrampton.com and inhalton.com) will be covering part of the TIFF festivities (and we’d love to see you there).

That’s right–for the first time ever, insauga.com will be on hand to cover a selection of films. We’ll be on the red carpet conducting interviews and in the theatre seeing a few choice films (and we’ll reveal exactly what films in the coming weeks), so expect to see a mix of celebrity coverage and film reviews. We’ll bring a little taste of the red carpet and theatre right into your living room (or onto your smartphone, more accurately).

TIFF–or for those who are unaware, the Toronto International Film Festival–will kick off on Sept. 7 and run until Sept. 17.

This year, TIFF will be offering a smaller and more paired-down festival “with a renewed commitment to bold, director-driven programming, continued support of female filmmakers, and enough star power to fuel 400,000 festival-goers.”

A few other interesting films are screening as well, including James Franco’s The Disaster Artist (a look at the making of The Room, truly the best bad movie ever made), Andy Serkis’ (the man best known for playing Gollum in The Lord of the Rings films) directorial debut Breathe, Haifaa Al Mansour’s Mary Shelley and the Eminem produced rap battle film Bodied.

So, have you made your picks yet?

If not, do it sooner rather than later–tickets (once released) can sell fast.

See you at TIFF, Mississauga!

For more information on tickets, passes and screenings, click here.