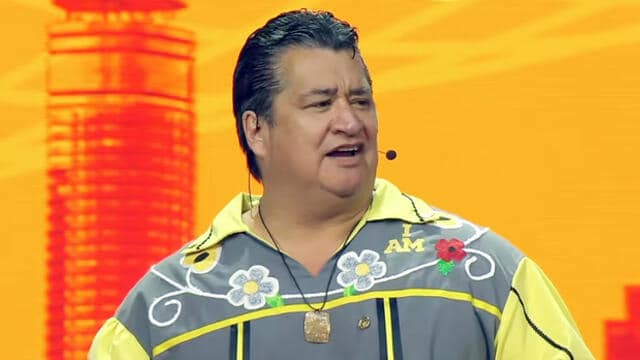 Chief R. Stacey LaForme of the Mississaugas of the Credit First Nation said his group has yanked support for the Niagara 2022 Canada Summer Games due to a lack of respect shown to his group and Indigenous youth who attended the inaugural opening.

For a region that prides itself on “addressing systemic discrimination and anti-Indigenous racism,” Niagara just got a pretty big black eye.

The Niagara 2022 Canada Summer Games committee received a letter yesterday (July 11), saying the Mississaugas of the Credit First Nation (MCFN) are no longer supporting the Games.

In that letter, the MCFN made it clear they would be removing their name, logo and all support for the Canada Summer Games.

The reason, according to Chief R. Stacey LaForme, is that the MCFN felt disrespected and “lateral violence” during discussions with games officials.

“Unfortunately, we are unable to see a clear path forward with the Canada Summer Games,” said LaForme in the letter shown below.

He added that the MCFN also became “aware of disrespect to (Indigenous) youth who were invited to participate in the opening.”

The letter goes on to say there was no reason to use a consultant to coordinate the Indigenous programming for the game, feeling a direct agreement with First Nations Communities would have “been more meaningful and respectful.”

Less than two weeks ago, Niagara Region – to be certain, a different organization entirely from the games committee – stated it acknowledged “that colonialism and past actions and inactions across all levels of government have created discriminatory policies and practices against Indigenous Peoples.”

“This has had direct, widespread and devastating effects on the health and well-being of First Nations, Métis and Inuit communities. Acknowledging this reality is essential to changing it.”

The Niagara 2022 Canada Summer Games run from August 6 to 21 at 19 locations across the region. 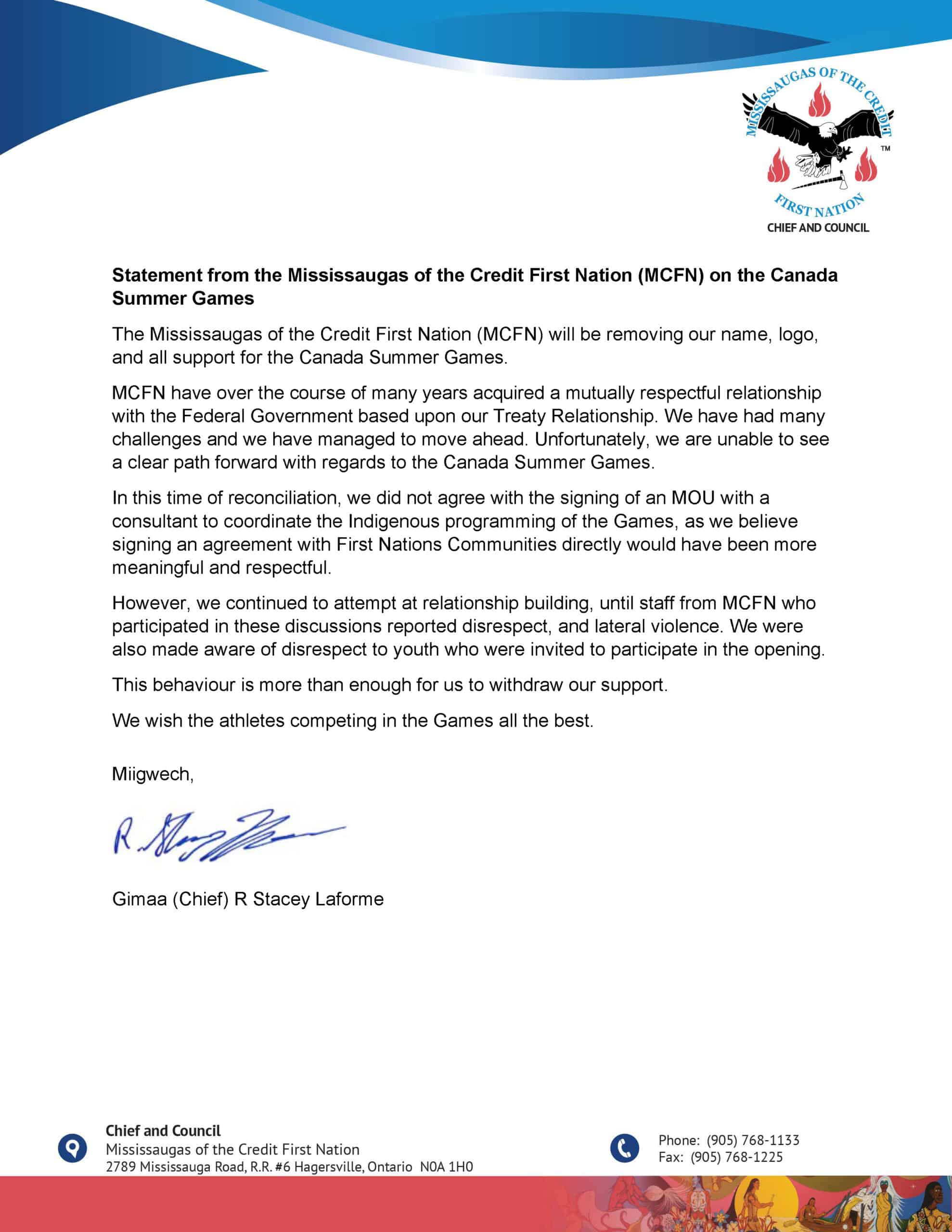