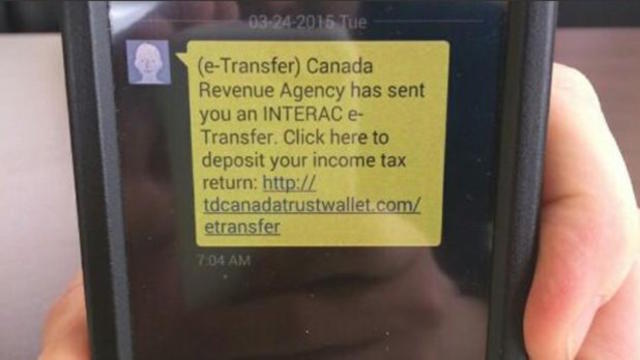 You’ve no doubt heard about the troubling proliferation of scams involving nefarious groups and individuals pretending to be affiliated with the Canada Revenue Agency (CRA).

Well, it looks like some justice has been served (which is great news if you or someone you know has been hurt or bothered by the scam).

According to a recent RCMP news release, Indian authorities completed a police operated in Thane, India that revealed that a number of “Internal Revenue Service (IRS)” call centres were convincing victims to send money to fraudulent organizations.

On Oct. 5, 70 suspects were arrested and hundreds of other call centre employees were detained for questioning. The call centres reportedly employed over 700 people.

The IRS scam is identical to the CRA scam, as fraudsters tailor their pitches to the specific countries they’re targeting. After the police operation in Thane, the RCMP observed that the number of reports related to the CRA scam decreased significantly.

That said, the reduction in reports does not mean that the scam no longer exists.

Although you may be scam-aware and informed, it is important to remember that less tech-savvy residents might still fall victim to the potentially costly deception. This particular scam works when people impersonate CRA or Immigration Refugees and Citizenship Canada employees (or even police agencies) and demand that non-existent debts be paid.

According to the RCMP, this scam has been very profitable for offshore organizations. According to stats from the Canadian Anti-Fraud Centre (CAFC), more than 1,900 victims have given more than $5.7 million to fraudsters posing as government officials since January 2014. The RCMP reports that over that same time period, the CAFC received reports of about 37,000 calls made to Canadian residences demanding they transfer money to resolve outstanding tax or immigration related matters.

According to the CAFC analysis, those numbers represent a meagre 5 per cent of actual losses.

Victims of this scam have been contacted by both phone and email. In most cases, fraudsters ask that “outstanding fees/taxes” be paid through money service businesses (Western Union, MoneyGram), electronic funds transfer, pre-paid credit cards, iTunes gift cards and, most recently, Steam cards (gaming websites).

If you or a family member has fallen victim to this fraud, the RCMP is asking you to please report to your local police service, as well as the Canadian Anti-Fraud Centre. You have two ways to make a report to the CAFC; either by phone at 1-888-495-8501 (9:00 a.m. – 5:00 p.m.  Eastern Time) or through their online reporting tool.

According to the RCMP, the police organization is in the process of tracking down a number of known Canadian-based collaborators and is seeking assistance from the public in identifying other suspects who are residing here or abroad.

The RCMP is requesting that only those who know the true identity of the suspects call the “O” Division Central Intake Unit (which is located at the RCMP’s Toronto West Detachment) toll free number and provide their information: 1-855-253-7267.