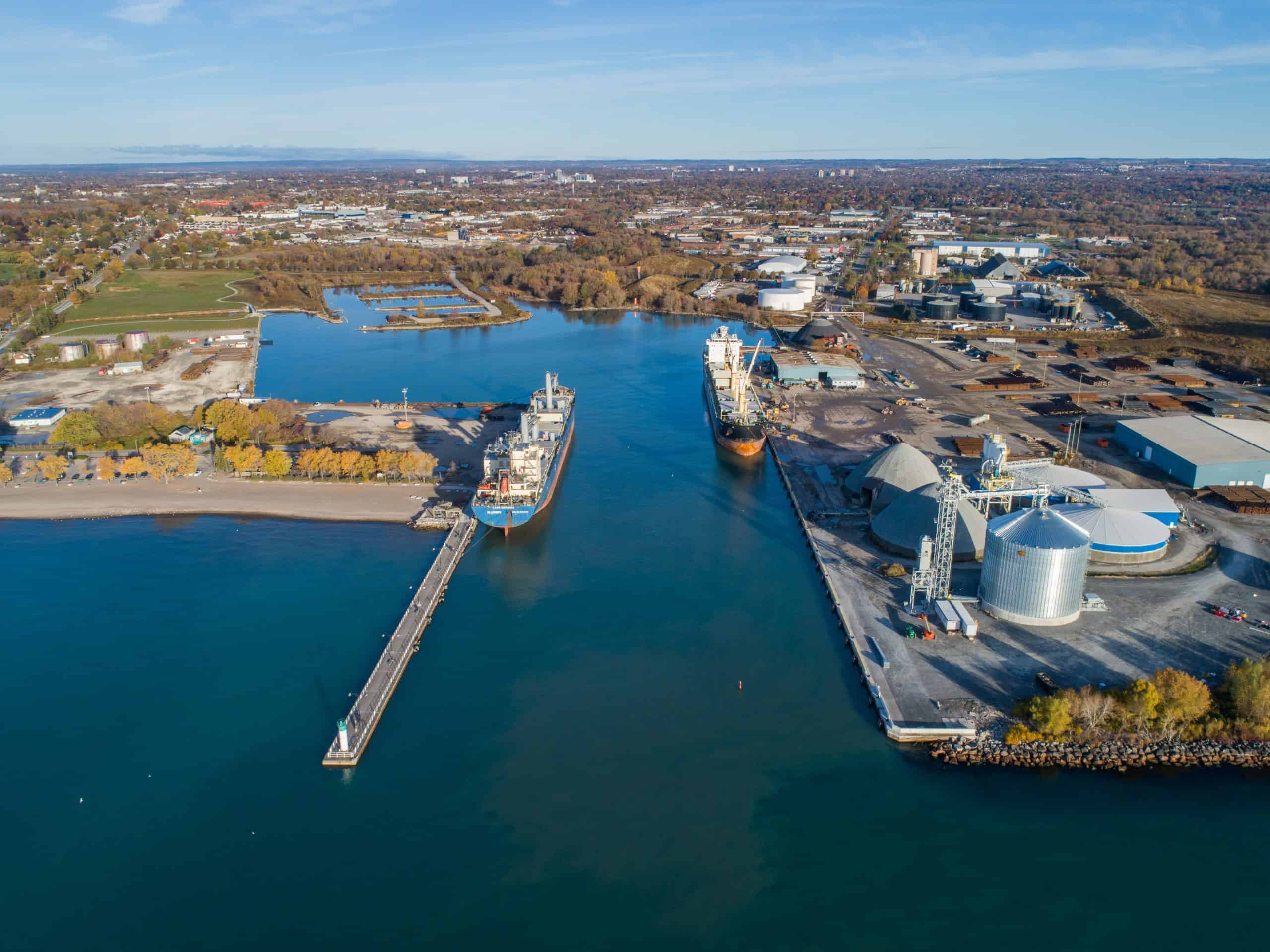 A $30 Million Port of Oshawa expansion will extend the east wharf to double the number of docked vessels it can handle at once and quadruple its capacity for grain exports, taking 12,000 annual around-the-GTA truck trips off the books and better supporting local farmers in the process.

The funding itself is old news – Transport Minister Omar Alghabra was in Oshawa a month ago for the announcement – but the Hamilton Oshawa Port Authority (HOPA) used last week’s news release to shed some more light on exactly what kind of bang the harbour is getting for its buck.

The east wharf will be extended north, which will permit two vessels to be serviced at the same time, which will provide “better positioning” of the ships, said HOPA spokesperson Larissa Fenn. “Vessels will be able to shuttle back and forth to allow off-loading and loading more efficiently.”

Even more important is the increased capacity for the shipping of grain the upgrades will provide. Oshawa currently exports nearly 75,000 metric tonnes of grain per year, with the goal to boost that number to 250,000 to 300,000 metric tonnes, saving thousands of wasteful truck trips around the Golden Horseshoe each year.

“The focus of the whole project is really about expanding the export capacity for Ontario grain growers and local farmers and eliminating those truck trips,” Fenn said. “We want to help farmers get their grain in quickly and efficiently.” 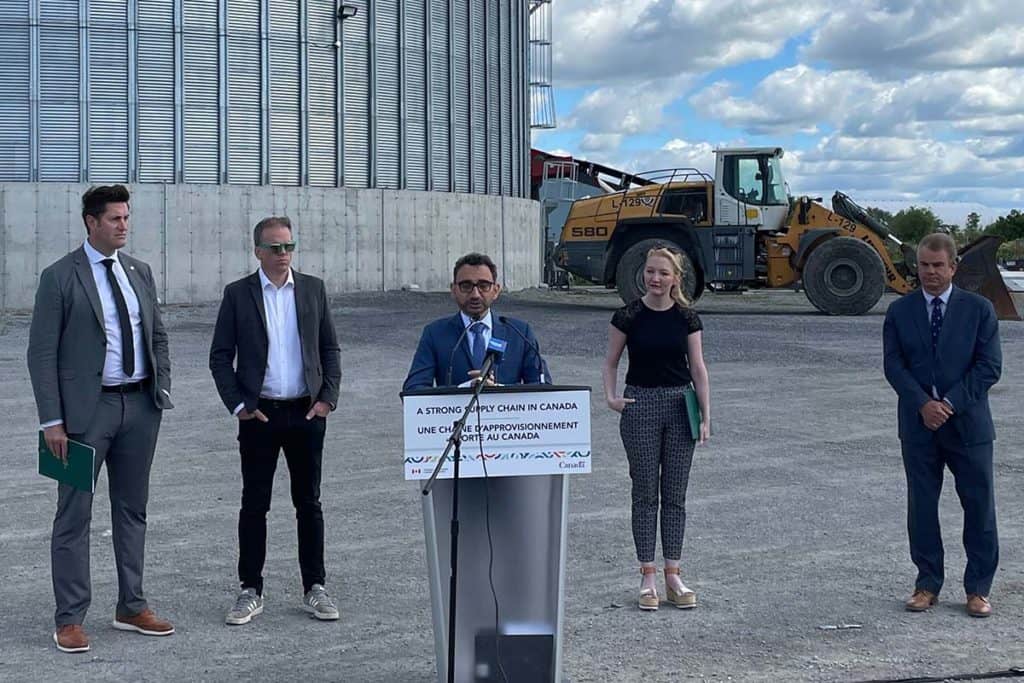 The federal money, awarded through the National Trade Corridors Fund, will be used to modernize operations in the port’s main area and position it for growth, with most of the improvements geared towards increased grain shipments, including a new grain unloading station and additional storage silos, upgrading storage and container terminals, as well as extending and paving roads in the harbour. Marine infrastructure will also be expanded.

Alghabra said at his June 27 address that the funding is a show of commitment from Ottawa to strengthening Canada’s trade corridors to “support our supply chains, help grow our economy and ensure its recovery, and create good, middle-class jobs”

The $14 million federal contribution will be added to a $16-million investment from HOPA to make it a $30-million project.

“At a time when we are all concerned about the resilience of the supply chain and the need to quickly, efficiently and safely get goods to market, this is welcome support,” said Ian Hamilton, HOPA President and Chief Executive Officer. “A strong Port of Oshawa is important to growing industry across Durham Region and will be particularly important for farmers in the area. We are grateful for the support of Transport Canada and the collaboration of our local stakeholders to bring these planned improvements to fruition.”

Over the next decade, the growth of Ontario’s grain production for export is expected to increase by two million metric tonnes, with at least 300,000 of that number expected to be grown within the Port of Oshawa’s catchment area. Isolda on her way out of Oshawa Harbour

Oshawa Mayor Dan Carter was happy to hear the news.  “With this announcement, Oshawa takes another major step towards solidifying itself as an environmentally sustainable multimodal transportation hub and global gateway to the Greater Toronto Area, one of the largest markets in North America.”

As a bonus, the expansion does not mean the end of dreams for a proper marina in the harbour, though Fenn said any talk on that subject would have to be initiated by the City of Oshawa.

“It would be up the City to declare their intent, but as far as access, there are certain safety issues involved (in sharing harbour space with pleasure craft) and we would all have to be very conscious of that. But should the City go down that route we would be very open to seeing that it could be accommodated in a safe way.”

HOPA also controls land on the west side of the harbour extending to Simcoe Street, but Fenn said the current harbour project does not include those lands. “Over the long term we would like to upgrade those lands as well.”

The Port of Oshawa is Durham Region’s gateway to global markets, and the eastern transportation bookend to the Greater Toronto Area. In 2020, the Port handled its highest volume of cargo ever: 672,100 metric tonnes, aboard 77 domestic and international vessels, and has established a goal of handling one million metric tonnes per year.