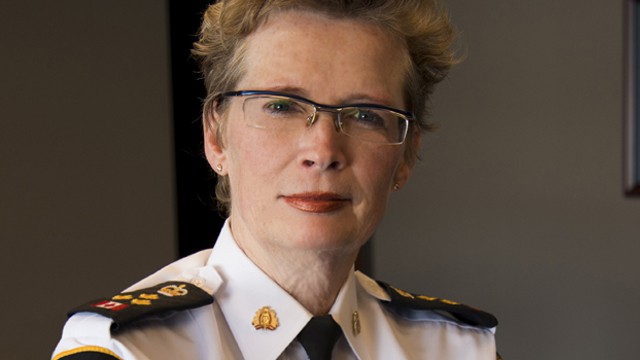 In an announcement that came fairly unexpectedly, Peel Regional Police Chief Jennifer Evans has stated that she will be retiring from her position.

The announcement came on Friday, October 12, coinciding with the opening of the new Peel Regional Police Headquarters and Museum, located at 7150 Mississauga Road in Mississauga.

Police have confirmed that Evans will be stepping down, with her last day slated to be January 11, 2019.

Mississauga mayor Bonnie Crombie and Brampton mayor Linda Jeffrey have issued statements on Twitter, thanking Evans for her work on the force.

I sincerely thank Chief Evans for her tireless work to keep our community safe & her efforts to make Peel Police one of the leading forces in Canada. I have relied on her counsel & candour and wish her well in the next chapter of her life @PeelPoliceMedia @MissiNewsRoom pic.twitter.com/p2YsO3gpvN

Chief Evans has dedicated herself to serve our city, our Region and Peel Regional Police – it hasn't been an easy task especially in such a high growth community. She has laid the foundation for the future. Thank you for working tirelessly to serve and protect our communities.

Evans began working with Peel Police in 1983, and was appointed Chief of Police on October 12, 2012.

Her long career has not been without a few controversies, including her stance on carding (also known as street checks), and her involvement in the aftermath of a shooting that lead to a lawsuit being filed against her in late 2016.

While police have not issued an official statement on Evans’ retirement at this time, more information is expected to be announced in the coming weeks.