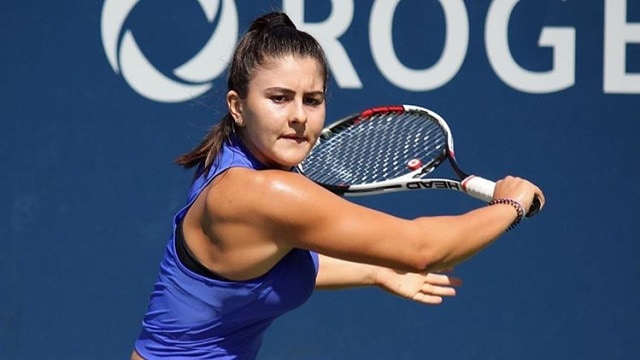 Mississauga’s Bianca Andreescu has made a bold comeback at this year’s Australian Open.

After missing last year’s tennis tournament in Melbourne, Andreescu returned to the court yesterday (Jan. 15) with a straight-set win over No. 25-ranked Marie Bouzkova of Czechia 6-2,6-4.

She is now scheduled to go against Cristina Bucsa of Spain in a second-round match on Tuesday.

Last year at this time Andreescu missed the major Grand Slam event when she was confined to her hotel room when she came down with COVID-19.

Currently ranked No. 43 in the world, Andreescu is looking to get her career back on track after she defeated Serena Williams to win the U.S. Open in 2019.

Since then Andreescu has been plagued by injuries, mental exhaustion as well as COVID which forced her to take long breaks away from the sport as she recovered and regrouped.

Courtside observers at yesterday’s outing say the 22-year-old looked to be back in form which she herself felt confirmed afterward saying she “felt great” and looked forward to deep runs into tournaments this year.

thank you Melbs for the warm welcome today, onto rd 2 🦋 pic.twitter.com/7cX0x6Zhb2