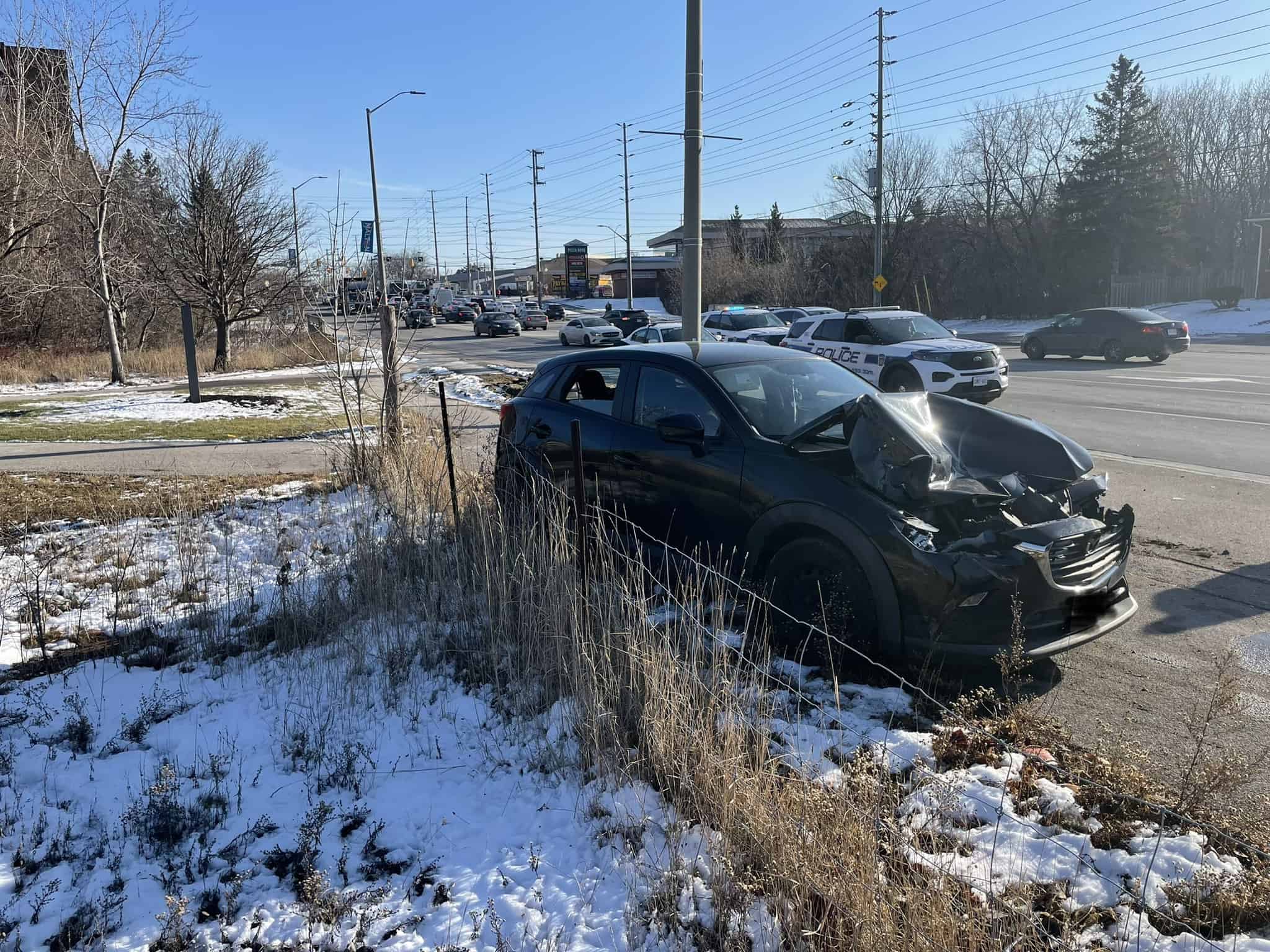 Impaired driving charges are pending for a motorist in Mississauga after a two-car crash on Monday (Jan.16).

The crash happened around 2:00 p.m. on Monday in the area of Derry Rd. and Goreway Rd. in Malton, a Peel Regional Police spokesperson confirmed to Insauga.

Police say an adult male driver crashed into at least one other vehicle. Photos from the collision show a dark hatchback with significant damage to its front end and hood.

No injuries were reported in the crash, but a police spokesperson said the male driver was allegedly driving impaired. The man was taken into custody and police say impaired driving charges are pending.

Anyone who may have witnessed this incident or has information on the crash can contact Peel Regional Police at 905-453-3311. Anonymous information may also be submitted by calling Peel Crime Stoppers at 1-800-222-TIPS (8477) or by visiting www.peelcrimestoppers.ca.