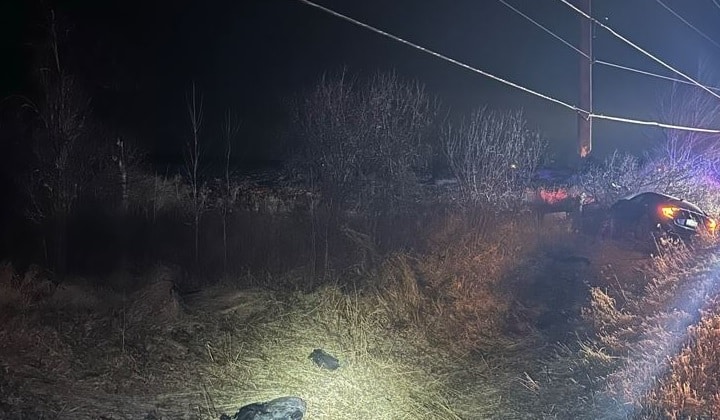 Two motorists have been arrested for impaired driving in Caledon over the last 24 hours, including one from Brampton who went into the ditch and allegedly did not provide proof of insurance.

The Caledon detachment of the Ontario Provincial Police says the second arrest occurred early on Tuesday morning (Jan. 10). Around 12:02 a.m., a collision was reported on King St. near Airport Rd., and the responding OPP officers found a vehicle in the ditch. No other vehicles had been hit, and the driver needed medical treatment at a hospital.

“During the investigation, officers formed grounds to arrest the driver for impaired operation,” Caledon OPP stated. “The driver was subsequently transported to a local hospital to treat minor injuries and where breath tests were conducted.”

About 2½ hours earlier, officers were conducting a RIDE spot check in the Learmont Ave. / Larson Peak Rd. area. Around 9:22 p.m., officers encountered a vehicle. Police suspected that the driver’s ability to operate a motor vehicle was impaired by alcohol and requested a breath sample into an ASD (approved screening device).

“As a result, the driver was arrested for impaired operation and transported to the Caledon OPP Detachment where further breath tests were conducted,” the OPP said.

The driver, a 43-year-old man from Caledon, faces three counts related to the arrest. One is for driving motor vehicle with an unsealed container of liquor and the other two pertain alleged operation while impaired.

Both vehicles were impounded for a period of seven days and the driver’s licences suspended for 90 days.

Each accused person is scheduled to appear in an Orangeville court later this month.