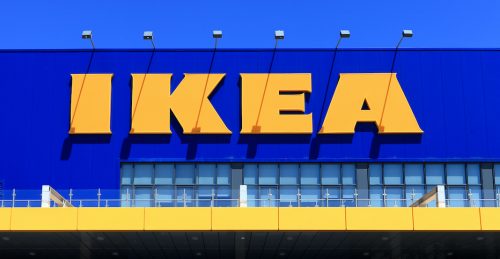 Have you ever wished you could do more with your food scraps?

If you’re someone who really hates having to throw food away, IKEA has you covered.

Dubbed ScrapsBook, the new cookbook is intended to help Canadians prevent food waste and use the scraps that would otherwise end up in landfills.

ScrapsBook features renowned chefs, including Adrian Forte, Craig Wong, and Trevor Bird, representing a diverse range of cuisines and cultures, and it prioritizes a commitment to sustainable cooking practices.

According to a news release, Canadians waste approximately 2.2 million tonnes of food every year. To combat this, IKEA has already reduced food waste by 31 per cent across its kitchens nationwide and is on its way to achieving a 50 per cent reduction in food waste by the end of 2021.

“In Canada, research tells us that almost two-thirds of food scraps that end up as kitchen waste could have been eaten,” Johanna Andren, head of marketing for IKEA Canada, said in the release.

“Seeing how much waste is created in one of the most important rooms in the home, we set out to inspire Canadians by giving food scraps another look and offering new, creative ways to reduce food waste at home,” she continued.