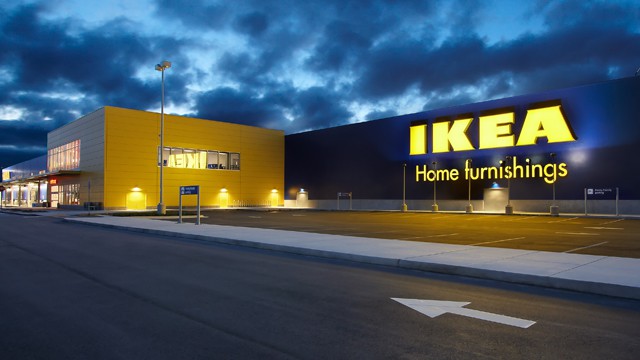 If you’re a big fan of IKEA, you might be pleased to know that the company has just opened a brand new distribution centre in Mississauga.

That said, the distribution centre will not be open to the public. However, its existence just might make it easier to receive IKEA merchandise purchased elsewhere.

“There is no area for customers at the new Multi-Functional Logistics Unit,” explains Stephanie Kerr, corporate press officer with IKEA Canada, in an email to insauga. “It is a distribution centre that allows IKEA to improve its logistical set up, bringing us closer to our customers. The new unit fulfils customer orders from the four existing Toronto area stores and ecommerce purchases and for the Pick-Up and Order points in London, Whitby, St. Catharines and Kitchener and Windsor when they open this spring.”

So while some shoppers might be disappointed to learn that the new centre won’t contain a showroom or retail area, others might be pleased to know that the facility will provide more local jobs.

According to a City of Mississauga press release, the affordable furniture brand’s latest distribution centre could create 200 jobs, strengthening the local economy. If you’re hoping to work at the centre, positions in HR, operations, warehouse management and logistics will be available.

It also appears that the mayor’s office is supremely pumped about IKEA’s foray into Sauga, insisting that the brand’s new west-end distribution centre is further proof that the city is becoming more and more economically lush. “In 2015, the City of Mississauga issued building permits for $1.3 billion in construction. This is a 10 per cent increase over last year,” Mayor Crombie said in a press release. “Our numbers were driven by a strong mix of commercial, industrial and residential building.  Commercial and industrial activity accounted for more than $608 million and residential was at $563 million. Put simply, we are a city in demand for investment, expansion and opportunity. IKEA is proof Mississauga’s economy is strong. We have become a net importer of jobs – more people come to work in Mississauga daily than leave.”

So while you can’t purchase a chic and attractively priced sofa at the almost 400,000 sq. ft. facility, you can potentially find employment there.