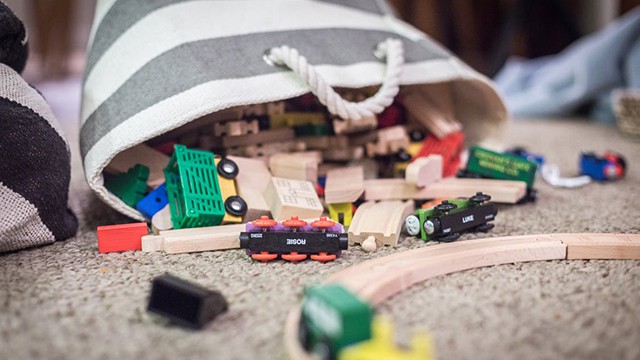 After a shocking announcement where a major toy manufacturer stated it was closing its 735 U.S. stores, many Canadians wondered whether they would still be able to purchase toys at the brick and mortar store in Canada.

Now that Toys “R” Us is winding down its U.S. operations, the toy giant is seeking a buyer for its 82 Canadian stores, according to a recent statement from the company.

“Toys ‘R’ Us and its advisors are pursuing a going concern sale of Toys ‘R’ Us Canada and are in active discussions regarding a transaction that would result in an acquisition of the entire Canadian business,” said Toys “R” Us in a recent statement.

Ultimately, the company is trying to save its Canadian stores, which, according to the company, are going strong.

“Toys ‘R’ Us Canada’s business is managed in Canada, operates autonomously from U.S. operations, and continues to be a stable and profitable market leader in Canada,” said Toys “R” Us. “Toys ‘R’ Us Canada has a strong cash and liquidity position and is able to continue business operations without disruption.”

The company already has a major potential bidder – MGA Entertainment is actively pursuing a chance at buying out the Canadian operations.

Until then, it’s business as usual for Toys “R” Us Canada.

“Toys ‘R’ Us Canada will continue to satisfy its obligations to vendors and customers and stock a broad selection of the most exciting, must-have toy and baby products,” said Toys “R” Us. “The Company continues to honour all customers programs, including gift cards and warranty, return and exchange policies.”

Additionally, the company is trying to save some of its U.S. stores.

“The Company also disclosed that it is engaged in discussions with certain interested parties for a transaction that could combine up to 200 of the top performing U.S. stores with its Canadian operations,” said Toys “R” Us. “While discussions continue on this potential transaction, Toys”R”Us is seeking court approval to implement the liquidation of inventory in all the U.S. stores, subject to a right to recall any stores included in the proposed Canadian transaction.”

Toys “R” Us currently operates 82 stores in Canada, alongside its online shopping sites, Toysrus.ca and Babiesrus.ca.

“The Company and its advisors are working to minimize the impact of the U.S. liquidation on the Canadian and other international markets,” said the retailer.

According to a CNBC article, the once beloved toy paradise was struggling to manage a huge debt and adjust to a rapidly changing market.

Toys “R” Us has not yet announced its liquidation plan for the U.S. stores.