‘I wanted to make a difference:’ Oshawa-born Christine Elliott to wrap political career 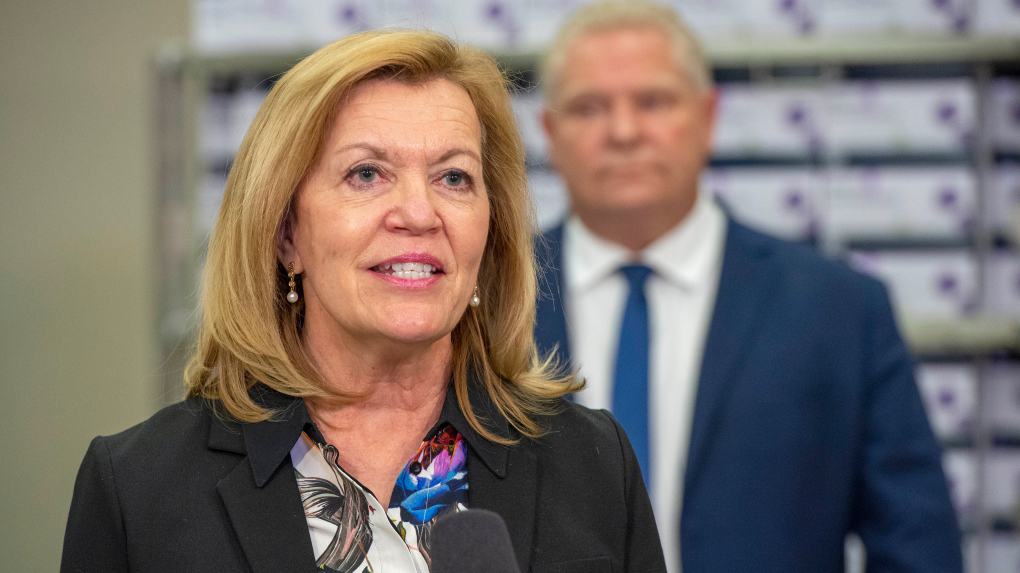 Christine Elliott may have never quite landed the top job in her party, but the Ontario health minister will be leaving politics from the helm of a file she says is a source of passion.

The Durham Region native, who has steered the province’s response to the COVID-19 pandemic, announced Friday that she won’t seek re-election but will stay on in her post until the campaign begins for the June 2 vote.

The job of health minister came after Elliott tried three times to lead the province’s Progressive Conservatives – coming extremely close on her final attempt – and it’s a role advisers say is a fitting culmination to her years of health advocacy.

From co-founding a centre for people with disabilities, to serving as Opposition health critic, to becoming Ontario’s first patient ombudsman, health was a through line for Elliott’s public career.

“I got into politics in the first place because I wanted to make a difference,” Elliott, who is also deputy premier, said Friday.

“I saw that there were some gaps in health care and social services and working with people with special needs. That’s always been a passion for me. That’s why I got involved and being able to try and help make a positive difference has been very, very important to me.”

Elliott said she will now pursue work in the private sector, looking to help people in a different capacity.

Premier Doug Ford said Elliott is not only a trusted colleague, she is also a close, personal friend as their families have been connected for decades. Elliott’s late husband, Jim Flaherty, served alongside Ford’s father in the Ontario legislature.

A senior government source said that at age 67 and after a particularly gruelling two years as health minister during a pandemic, Elliott was looking for a “change of pace.”

Elliott’s most recent unsuccessful bid to become leader of the Progressive Conservatives saw her lose to Ford in 2018. It’s hard to imagine still having an appetite for politics after three such losses, the source said, but Elliott felt strongly about health issues.

Hayley Chazan, who worked as Elliott’s press secretary until July 2020, said health was the perfect portfolio for Elliott and she was particularly proud of the “Roadmap to Wellness” mental health strategy she introduced.

Many Ontarians are likely unaware of the plan, as it was unveiled in early March of 2020, right before the initial brunt of the pandemic hit and Elliott’s role greatly changed.

“She’s such a steady hand and at least outwardly she never seems stressed out,” Chazan said of the initial pandemic response.

“I don’t know how someone can remain so calm in a rapidly changing situation, but she’s just the person you want at the helm in a crisis like this.”

There were, however, many people deeply upset by her pandemic management, from those who thought the response went too far to those who believed it didn’t go far enough. Not long before the pandemic Elliott dealt with another public health controversy after she announced a plan to consolidate the province’s 34 public health units and the government’s 2019 budget cut funding to them.

Western University political science professor Laura Stephenson said even though Elliott was clearly passionate about health, she may not be entirely satisfied with two full years spent on pandemic management rather than improvements to the system.

“Her decisions didn’t have to do with making things better for patients, and that wasn’t her fault,” Stephenson said. “The nature of the times was that she had to manage a crisis.”

Although Ford suggested Friday that he and Elliott never disagreed, Stephenson said even if they had sparred over certain choices, the need for cabinet unity during a pandemic meant Elliott would have had to bite her tongue.

“When I think of Christine Elliott right now, I’m thinking of somebody who is saying a lot of things to support what the party is putting forward that might not necessarily have been her own choices,” she said.

Elliott first entered politics in 2006, winning a byelection in Whitby when her husband vacated the seat to run federally.

A University of Western Ontario law graduate and co-founder of law firm Flaherty Dow Elliott & McCarthy, Elliott married fellow lawyer Flaherty in 1986. Flaherty said in a 2002 interview that his wife considered entering politics before he did, but she put those ambitions on hold when their triplet sons were born in 1991.

Elliott and Flaherty spent a lot of time advocating for children with special needs — one of their sons has a learning disability — and co-founded the Abilities Centre in Whitby, a fully accessible facility dedicated to programming and services for people with disabilities.

Elliott left politics for three years after losing the 2015 leadership race and served as the province’s patient ombudsman. She was re-elected in the 2018 election that saw Ford become premier.

Another senior member of Ford’s cabinet, Rod Phillips, not only said that he would not run in the election but also resigned last month. Jeff Yurek, who served as minister in multiple roles until he was shuffled out of cabinet last year, resigned his seat in February too, and said he would not run again.

Elliott marks at least 10 Progressive Conservative members who’ve announced they will not seek re-election. Ford has also lost seven other caucus members in recent years, having them either resign or kicking them out.