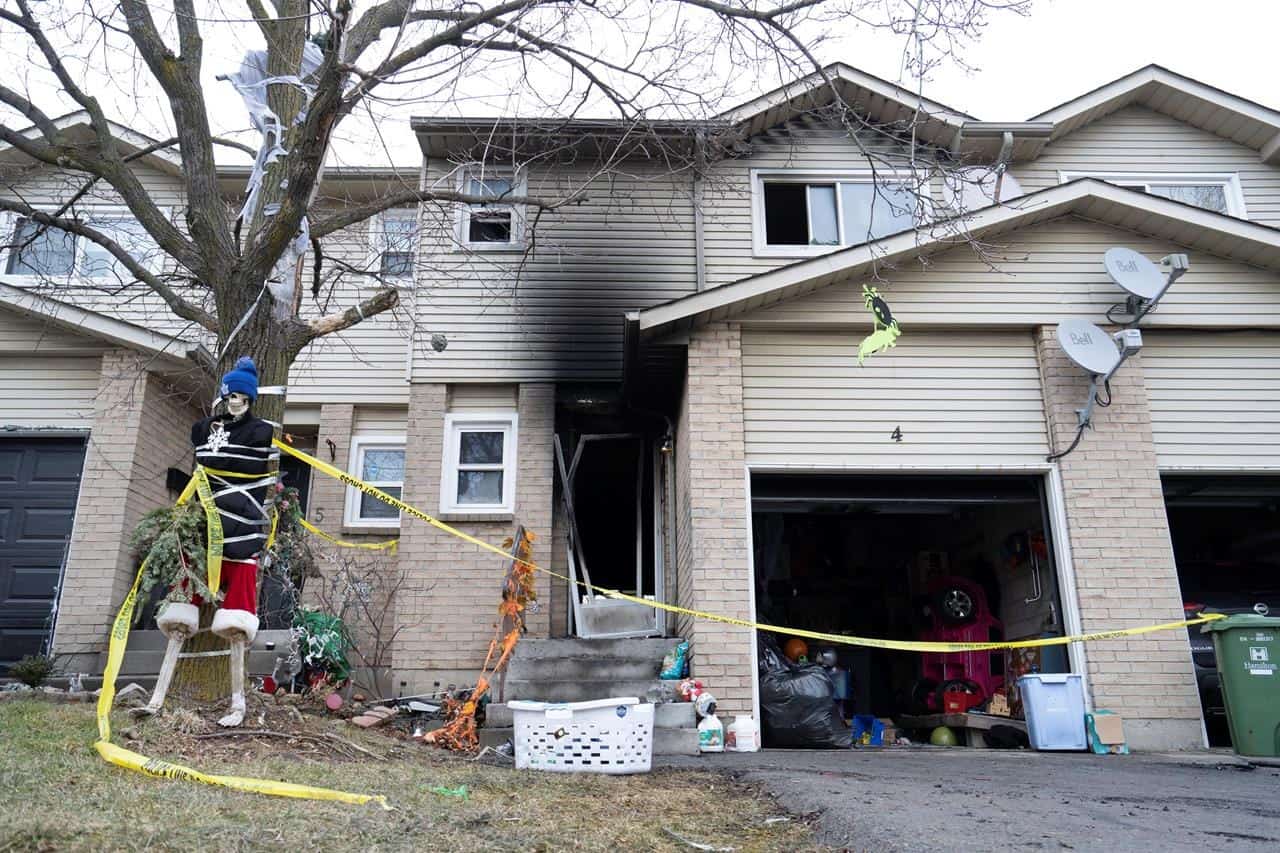 Brandy Rennick’s seven-year-old son took a small stuffed toy to school on Monday to place on the chair beside him, where his friend Khaleesi used to sit.

The little girl, her brother and their mother were among four people killed in a Hamilton house fire at the end of December. As schools reopened this week following the winter break, Rennick said her son was processing what happened to his good friend.

“After she died, one of his first questions was, ‘Well, who’s gonna sit beside me now?'” Rennick told The Canadian Press in an interview.

The principal of the Adelaide Hoodless Elementary School, which Rennick’s son attends, has said Grade 2 student Khaleesi McIsaac; her brother Lambeau, who was in Grade 3; and their mother, Kassie Chrysler, died in the Dec. 29 fire.

The school has said a crisis response team will be on hand to support students and Rennick said she encouraged her children to talk to the counsellors available.

Her family often hosted playdates involving movies and pizza with the two children who died, she said.

To help her son deal with the news of what happened, Rennick said she got him a sparkly pink toy sloth that he named Khaleesi. The sparkles remind him of how vibrant Khaleesi was, she said.

“At night, he snuggles it and talks to it. I’ll hear him saying, ‘I miss you, Khaleesi,'” she said. “Just yesterday, while driving by a graveyard … he talked about how we can visit them one day.”

Khaleesi’s brother, Lambeau, was a bit quieter than his sister but very kind and “very sweet,” Rennick said. Meanwhile, Chrysler was a single mom who did “everything that she could to provide the best for her kids,” Rennick said.

First responders in Hamilton have said six people from the home were taken to hospital after crews responded to the fire – two adults and two children died, while two other adults survived.

Ontario Fire Marshal Jon Pegg said the townhouse did not have working smoke alarms at the time of the fire, which could have given the family crucial extra seconds to escape.

Neighbours and witnesses have told The Canadian Press people rushed towards the burning home with ladders before firefighters arrived, and heard children inside screaming for help.

Rennick said she was devastated when she heard what happened.

“It’s just unbelievable,” she said. “I have trouble sleeping thinking about what these kids went through … they both were so loving, kind people and welcoming.”

“The whole community is grieving,” she said. “I want to help put these babies to rest. We’ve been in touch with their grandmother. They’re just very thankful for the support from the community.”

This report by The Canadian Press was first published Jan. 9, 2023.