‘I just can’t book it’: Brampton and Ontario drivers struggle to secure road tests amid pandemic 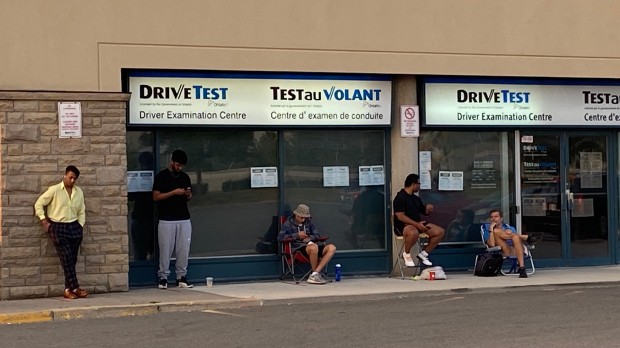 Anumeha Thakur has spent a large chunk of time during the COVID-19 pandemic trying to complete what used to be a relatively simple task – booking a driving test.

The Brampton, resident had a test scheduled to obtain her G licence in the spring of 2020, but that was cancelled when the pandemic hit. A test she later booked for January this year was scrapped because of a provincewide lockdown. And she failed a test she managed to secure in September, leaving her hunting once more for an available exam.

Now, Thakur says she can’t find a single road test appointment on the province’s online portal all the way through to the end of next year.

“It’s a real struggle,” Thakur said during a phone interview. “I find it very hard, because I want to be able to pass it. And you know, I’m trying, trying and I just can’t book it.”

The Ministry of Transportation said that roughly 421,827 road tests have been cancelled due to the pandemic since March 2020.

In acknowledging the backlog, the province has given novice drivers with licences expiring between March 1, 2020, and Dec. 31, 2022, until the end of next year to pass tests needed to maintain or upgrade their licences.

Thakur said her G2 licence technically expired in May. She said she’s eager to get her G licence and is frustrated at the trouble she’s having securing a test.

Adding to her annoyance is the fact that some third-party sellers have contacted her with the offer of earlier road test appointments, at a price.

“Some people contacted me saying, ‘Hey, I can book your date. You’ll have to pay $80,'” she said. “There should be some way to stop such things.”

Sebastian Arenas, a mining engineer who moved from Montreal to Kirkland Lake, Ont., for work this year, has been similarly frustrated and said the testing backlog has had a real impact on his daily life.

Arenas said it took him months to secure a G2 road test this fall, but he failed. He’s now waiting to take it again this month, but is relying on his wife to drive him around in the meantime.

“In a town without sidewalks or … a town with like just one bus that goes from here to the other small towns or Toronto, well it’s pretty tough,” he said, adding that he would often spend $40 a day in taxi trips getting to and from work.

Lee Alderson, a senior issues adviser for the Ministry of Transportation, said the province is taking “bold action” to deal with the backlog that built up due to closures and restrictions brought on by the pandemic.

Alderson said the government is investing more than $16 million to increase road testing capacity at all DriveTest centres across the province.

“As measures to address capacity are implemented, additional road test appointments will be made available at both existing and temporary testing centres across the province,” Alderson said, encouraging residents to check online regularly for new appointments.

As far as third-party road test appointment sales go, Alderson said the government is cautioning residents about the drawbacks of using such services. He noted a number of “IT enhancements” have been implemented to help curb “bots” from accessing road test appointments.

Members of the Opposition NDP have been calling on the Progressive Conservative government to open even more temporary DriveTest centres to deal with the massive test backlog.

NDP legislator Catherine Fife said there’s a “full spectrum” of residents waiting to book their tests — from students to seniors.

“People can’t work if they don’t have their licences. And they’re also paying higher insurance rates because they can’t complete the driving test,” she said in an interview. “We’ve made an argument to the minister of transportation that this is a worthwhile investment.”