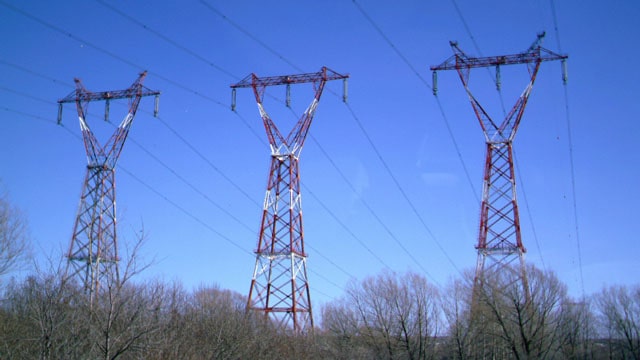 It’s no secret that sky-high hydro rates are a hardship for people in Ontario and municipalities are not immune to increasing costs.

Recently, the city of Mississauga released its proposed 2017 budget and it includes some modest increases (and no cuts to existing services, which is good) to pay for escalating transit and infrastructure costs. The recreation portion of the report also mentions hydro cost increases of $864,000.

According to the report, the increase will be slightly offset by fuel-related savings.

While it appears the city is prepared for increasing costs (and is actually doing something to offset them further–more on that later), a lot of individuals and businesses have been profoundly affected by the ever-growing charges.

According to a troubling Ontario Association of Food Banks report, Ontario food banks are seeing an increase in customers due to skyrocketing hydro rates. The association said the impact of heightened electricity bills has actually been “devastating” for some of its clients who literally have to choose between eating and electricity.

According to the association, electricity costs have increased 100 per cent over the last 10 years.

This development has, naturally, made it difficult for food banks to meet the needs of its growing client base.

These agencies are also finding it difficult to pay their own hydro bills.

“The impact of increasing hydro prices are not only being felt by Ontario families. Social service agencies, like food banks, with limited budgets are finding it increasingly difficult to pay the monthly hydro bill as well. Many food banks have several refrigerators and freezers on-site, or even industrial sized cold storage that keeps fruit, vegetables, meat and frozen products fresh until it is ready to be distributed to hunger relief programs and families,” the report reads. “Rising hydro prices are having a direct impact on the operating costs of many organizations that are already trying to balance limited resources against the demand for service.”

While the city of Mississauga is in better shape when it comes to preparing for escalating costs, it’s actually been quite proactive in keeping costs from potentially spiralling higher.

Mississauga’s Civic Centre was recently declared the winner of the 2015 national Town Hall Challenge by the Toronto and Region Conservation Authority. The goal of the Town Hall Challenge was to “reach an energy intensity level of 20 equivalent kilowatt-hours per square foot by the year 2015.”

The city achieved that goal in 2013 and further reduced to 17.2 equivalent kilowatt-hours per square foot in 2015. According to the city, energy intake was reduced in the Civic Centre building by 17 per cent between 2012 and 2015.

“Some of the improvements made to the Civic Centre during the challenge included upgrading building automation systems, maintenance programs and training,” said Raj Sheth, Director, Facilities and Property Management. “Alongside these improvements, city employees also took action by participating in energy awareness programs and making energy saving part of their daily routine.”

While it’s good that the city is investing in energy-efficiency (it saves money and sets a good example), it’ll be interesting to see how people–especially people on fixed incomes or those who earn less–grapple with rising energy costs. While it’s encouraging that the city is keeping costs low by combating rising expenses with innovative solutions, the city is a different animal from the lower-income resident who may be struggling.

Although the average household certainly won’t need to set aside close to $1 million to cover 2017 hydro costs, the bills are becoming a hardship for many.