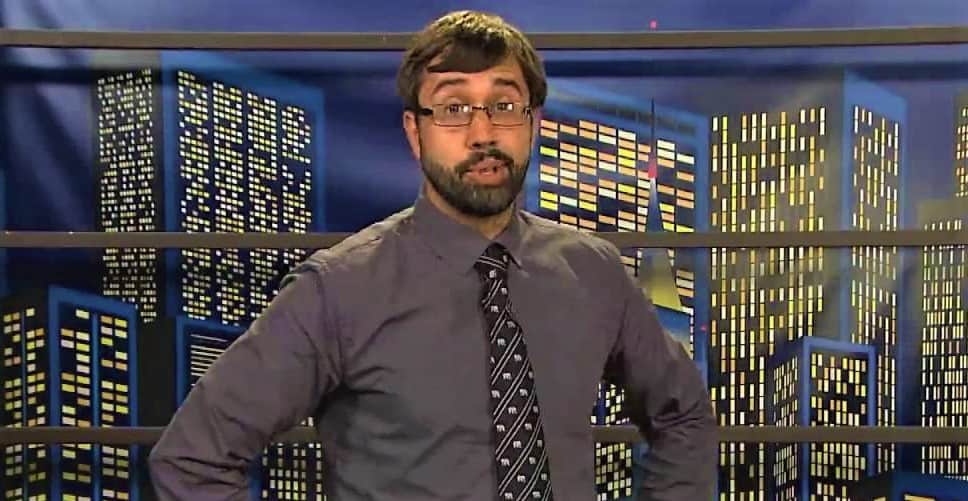 The only tears in your beer this Friday (November 25) at The Exchange Brewery will be tears of laughter.

The “Humour & Hops” comedy show will be landing on stage at the Niagara-on-the-Lake brewery (7 Queen St) at 9 pm.

The monthly show, presented by The Garden City Comedy Festival, will be hosted by well-known Niagara Falls comedian David Green, the British performer who came to Canada from Nottingham and had countless TV and festival appearances under his belt.

Starting off the yucks will be funny-man Nathan Teixeira who will eventually have the mic wrestled away by headliner Tige Wright, who was born in Niagara Falls and grew up in Fergus.

Learning and performing comedy “bits” as a child, Wright claims he has been honing his comedic craft since he was only two years old.

Billed as “a master story teller with a very unique comedic voice,” Wright combines his real life experiences with his untraditional view of the world and the people who live in it.

“His show is very much like the man himself intelligent, funny and too quick for some! Don’t miss this comedy powerhouse when he comes to your town!”

Organizers ask that folks have a copy of this ticket (printed or on your phone) for attending the event. Seating for the show begins at 8:30 pm and you must be 19 years old to enjoy it.

But here’s a taste of Tige Wright’s offbeat humour to warm you up.