A potentially revolutionary inhaled COVID-19 vaccine has been developed at McMaster University in Hamilton and the first phase of human trials is underway.

An inhaled COVID-19 vaccine has been developed at McMaster University in Hamilton and human trials are now underway. The team of researchers are evaluating the safety of the vaccine and testing for evidence of an immune response in the blood and lungs.

Based on earlier research in animals, researchers believe the inhaled vaccine will last longer, be more effective, and stand up well to future variants of the COVID-19 virus.

“Before COVID-19 emerged, my colleagues and I at McMaster University were working to develop a new inhaled form of vaccine delivery that could finally take on one of the most challenging respiratory infections: tuberculosis, still a scourge in low- and middle-income countries and in remote areas,” wrote Fiona Smaill, a professor of Pathology & Molecular Medicine.

“After decades of work, progress was steady but slow. The lack of urgency to solve a problem that mainly affects people living in poor conditions had made it difficult to generate the resources and momentum needed to complete our research.”

Smaill is also part of a multidisciplinary team of scientists at Canada’s Global Nexus for Pandemics and Biological Threats, a worldwide hub based at McMaster. She says the COVID-19 pandemic created the demand for vaccines, allowing her team to move forward with their research. 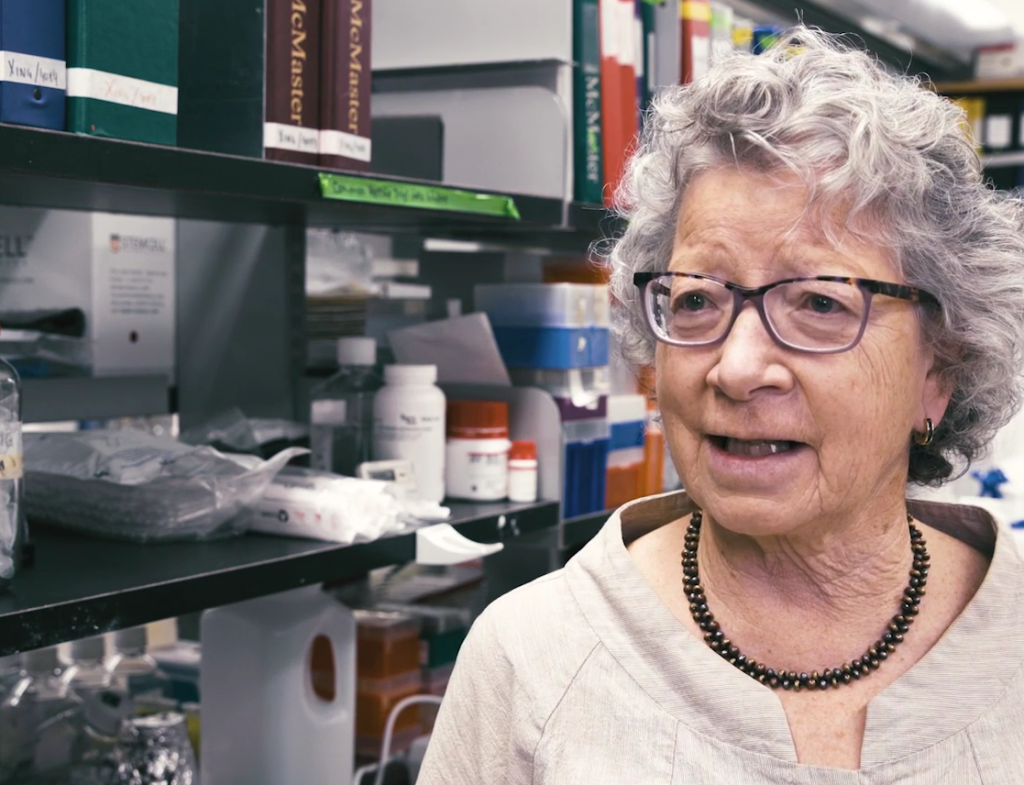 While the current COVID-19 vaccines from Pfizer, Moderna, and AstraZeneca have served us well in preventing serious illness and death, Smaill says “they are not as effective in all populations, nor are they as robust against new variants as they are against the original strain of SARS-CoV-2, the virus that causes COVID-19.”

The inhaled vaccine, manufactured at McMaster’s Robert E. Fitzhenry Vector Laboratory, targets multiple viral proteins, both the spike protein on the surface and proteins inside the virus.

“With new variants, mutations occur in the spike protein on the outside of the virus,” says Smaill. “This makes the current vaccines less effective because they target only the spike protein. However, other proteins inside the virus stay the same. Targeting multiple proteins means that if clinical trials show that our multivalent COVID vaccine is effective, it will still protect against infection with new variants as they come along.”

Inhaled vaccines are just friendlier than the jab. They’re also more efficient, using as little as one per cent of what is currently being used in the current vaccines.

“The new process delivers the vaccine directly to where the body will use it: the mucosal surface of the airways. This means less waste and more benefit, lower costs and reduced side effects,” says Smaill.

The inhaled vaccine works by triggering an immune response in the cells lining the lungs to directly protect against COVID-19.

“This mucosal vaccination could also protect against other respiratory infections, from the common cold to influenza and bacterial pneumonia by rapidly calling on a range of immune cells that are at the ready as the first line of defence against infection,” she adds. “This lasting and broad form of general protection against infection is called innate immunity.”

Smaill and her team are in the first phase of human trials. If all goes according to plan, this made in Hamilton vaccine delivery system could be a revolutionary defence against current and future viruses.