Human trafficking survivors develop training for over 2,200 officers in Mississauga and Brampton 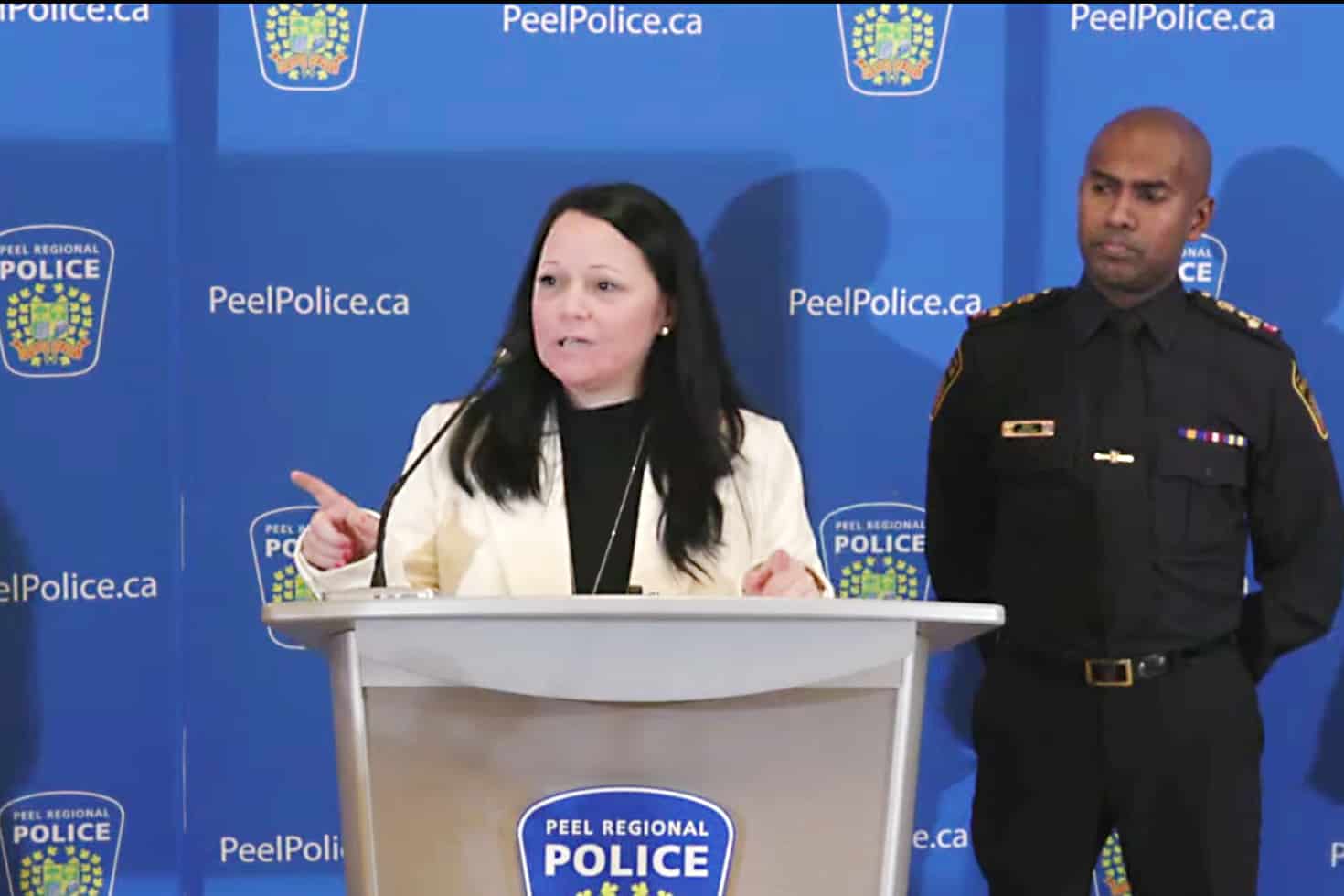 Peel Regional Police will be the first police service in Canada to train all officers, both frontline uniform and investigative, with new anti-human trafficking intervention training.

What makes the training unique is it has been developed in partnership with Timea’s Cause Inc. and the organization’s founder and human trafficking survivor Timea Nagy-Payne.

When she came to Canada from Budapest in 1998, Nagy-Payne was searching for work and a new life. She arrived at Pearson Airport in Mississauga and was taken to a motel.

“I was forced into sex slavery and I was a sex slave for three months here in Canada. I was trafficked all across Peel Region and Toronto area and York Region,” Nagy-Payne said in a press conference on Tuesday (Jan. 10).

She escaped, began a new life and fast-forward 10 years later, she started a safe house, one of the first safe houses in Ontario for victims of sex trafficking. Peel Regional Police was one of the first agencies to work with the safe home.

Later, Nagy-Payne started to provide training for officers. And about 10 years ago, just after she did a training for 200 officers, one frontline officer got a call to a Motel Six. The officer recognized the signs of human trafficking because of his training just hours before.

In fact, many police officers aren’t able to spot a victim of human trafficking.

“We know also statistically that an officer can interact up to three times with a survivor, or an individual affected by human trafficking, before it’s even detected,” said Peel Regional Police Chief Nishan Duraiappah at the press conference.

Today, Peel Police announced they worked with Timea’s Cause on a four-hour online training program for all Peel officers. The training will be completed within one year.

About 80 per cent of the training content comes from human trafficking survivors, said Nagy-Payne. The training is broken down into short videos that officers can watch when they have time.

For example, a traffic stop is explained from the lived experience of a human trafficking survivor. The video will highlight how different questions would have changed the outcome of that vehicle stop.

The training will equip officers with skills to detect instances of human trafficking, but also know what to do in these instances. In many cases, it takes multiple attempts after human trafficking has been detected for a victim to leave the situation, said Duraiappah.

“And sometimes that may be up to seven times before a survivor chooses to leave or has the opportunity to leave,” he said. “And during this period of time, it is an extremely risky situation for the victim. It can lead to future violence by the trafficker.”

This training for all officers is in addition to the 16 officers who are specially trained in human trafficking units.

Human trafficking is prevalent in Peel Region due to the airport and major highways.

Here are signs that could be indicators, but are not explicit confirmations, that someone is a survivor of human trafficking. Survivors often display a combination of the following signs and may be indicators that someone is being groomed or is already being exploited:

If you or someone you know requires support related to human trafficking, the following are some helpful community resources: Safe Centre of Peel , Human Trafficking National Coordination Centre , Peel Police Resources.