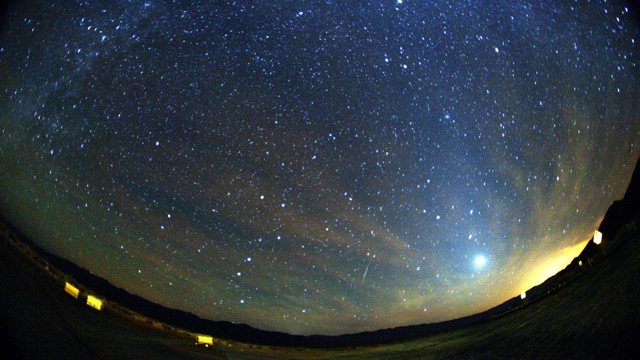 If you enjoy stargazing, this weekend is a great opportunity to find an area with a little less light pollution, as a meteor shower is coming.

According to a recent article by The Weather Channel, the Orionid Meteor Shower – the one with the brightest and fastest meteors all year – is set to peak this weekend, especially on October 21 and 22.

October is a pretty big month for astronomy, because it’s when Earth passes through comet debris. More specifically, “it’s essentially due to the Earth drifting through the debris left behind by Halley’s Comet,” according to The Weather Channel.

So, we’re just cruising through the tail end of Halley’s Comet – no big deal.

Except it is a big deal.

This shower generates about 20 meteors an hour, and they appear every year around this time – last year, it was mid-October, too.

The Orionids have been visible since the beginning of October, but you’ll be best able to see them “toward the eastern sky or the western edge of the Orion constellation” according to The Weather Channel.

The best time to watch? The stunning event will be most visible late at night (after midnight) and early in the morning (before sunrise) on the 21 and the 22.

You can also catch a live broadcast on Slooh or Ustream starting the night of Friday, October 20, around 10 p.m. Eastern.

If you’re planning to catch the shower in person, it’s best to get a little outside the city where there’s less light pollution, no telescopes necessary.

So, brew some coffee and look up!