How Many Things in Mississauga are Named after Hazel McCallion?

As the longest serving mayor in Mississauga, Hazel McCallion's name is iconic not only in Canada's sixth largest city, but across the country and even in some other parts of the world.

No matter how many come after her, including current incumbent Bonnie Crombie, Hazel McCallion will forever be known as Mississauga's mayor, whether she's actually in office or not.

So it's no surprise that there are several places in Mississauga, as well as a certain day, named after the former mayor. Let's take a look at how many things or places are named after Hazel McCallion. 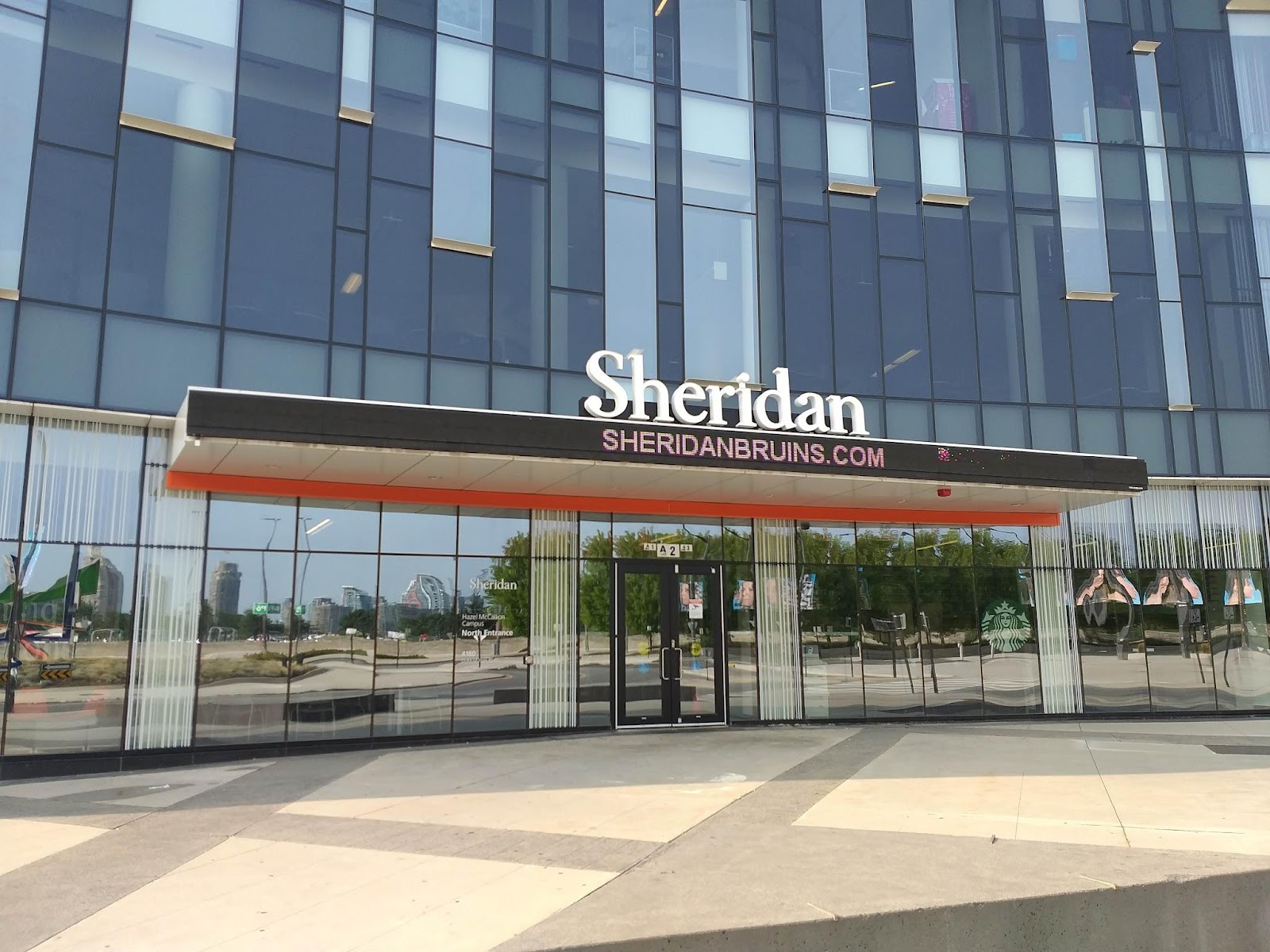 This Sheridan College campus is situated on the land that would have been the former mayor's preferred location for that hotel and convention centre she had worked on for years, but those plans fell through. Ironically, the campus is a stone's throw away from her old stomping grounds at Mississauga city hall. 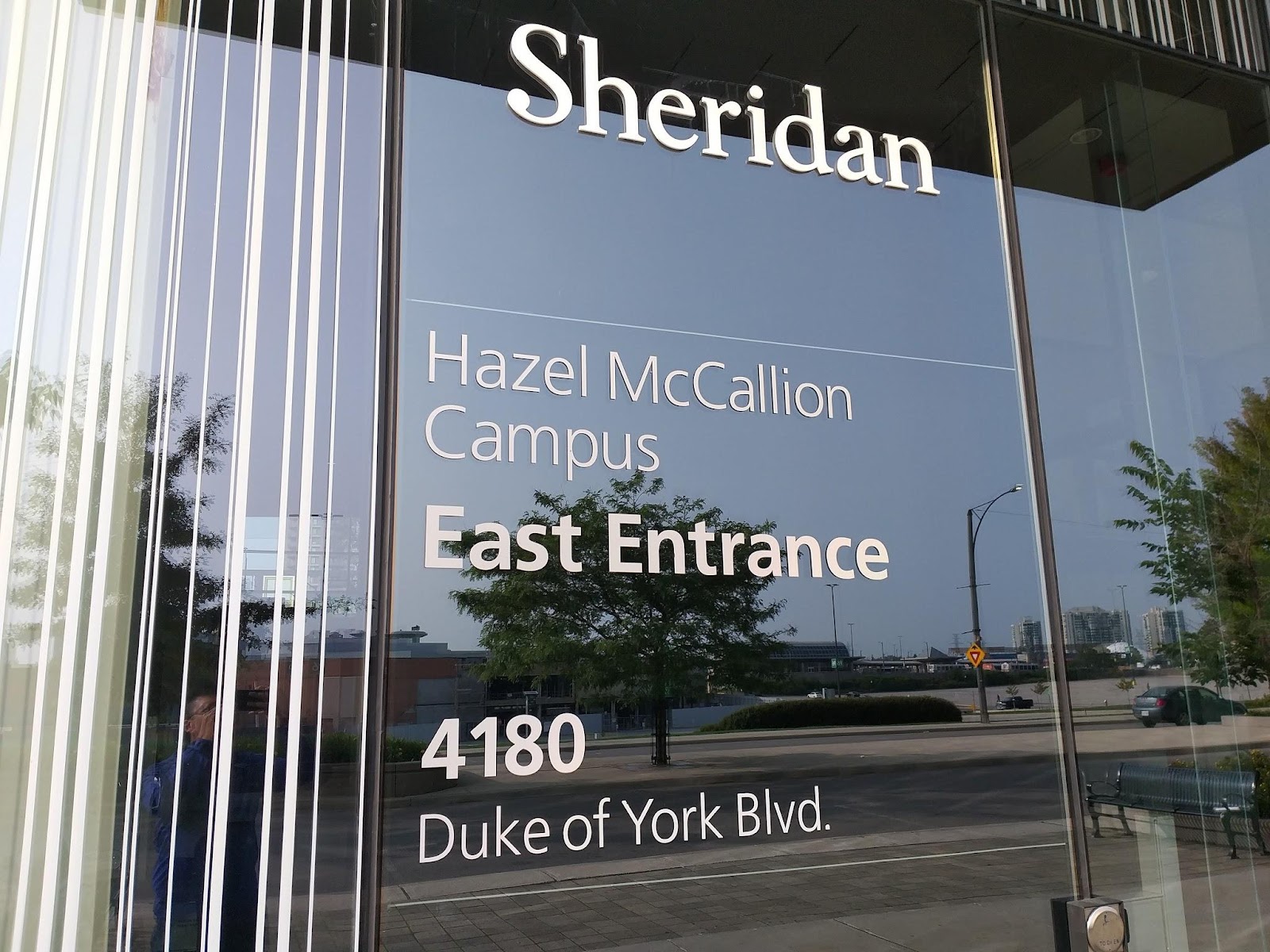 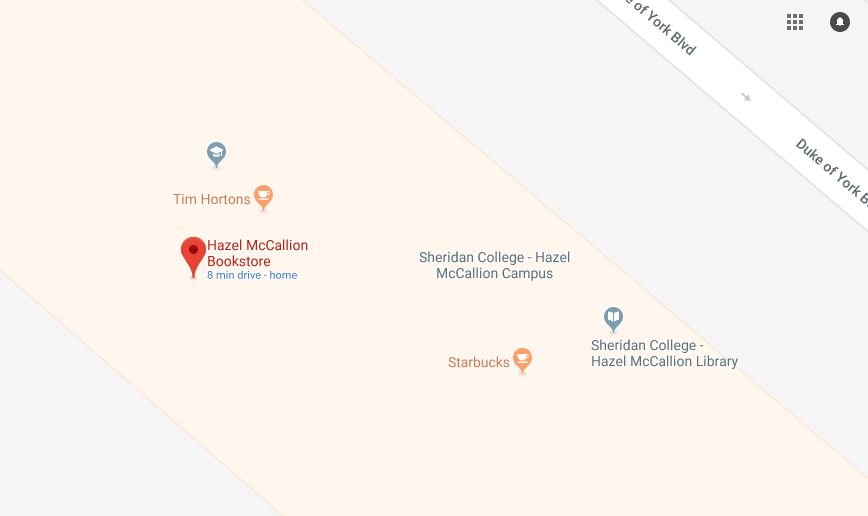 There is also a bust of Hazel inside the main lobby, donated by Richard Carbino, Lawrence Voaides and David Tyrrell of Traditional Stone Cut Ltd. 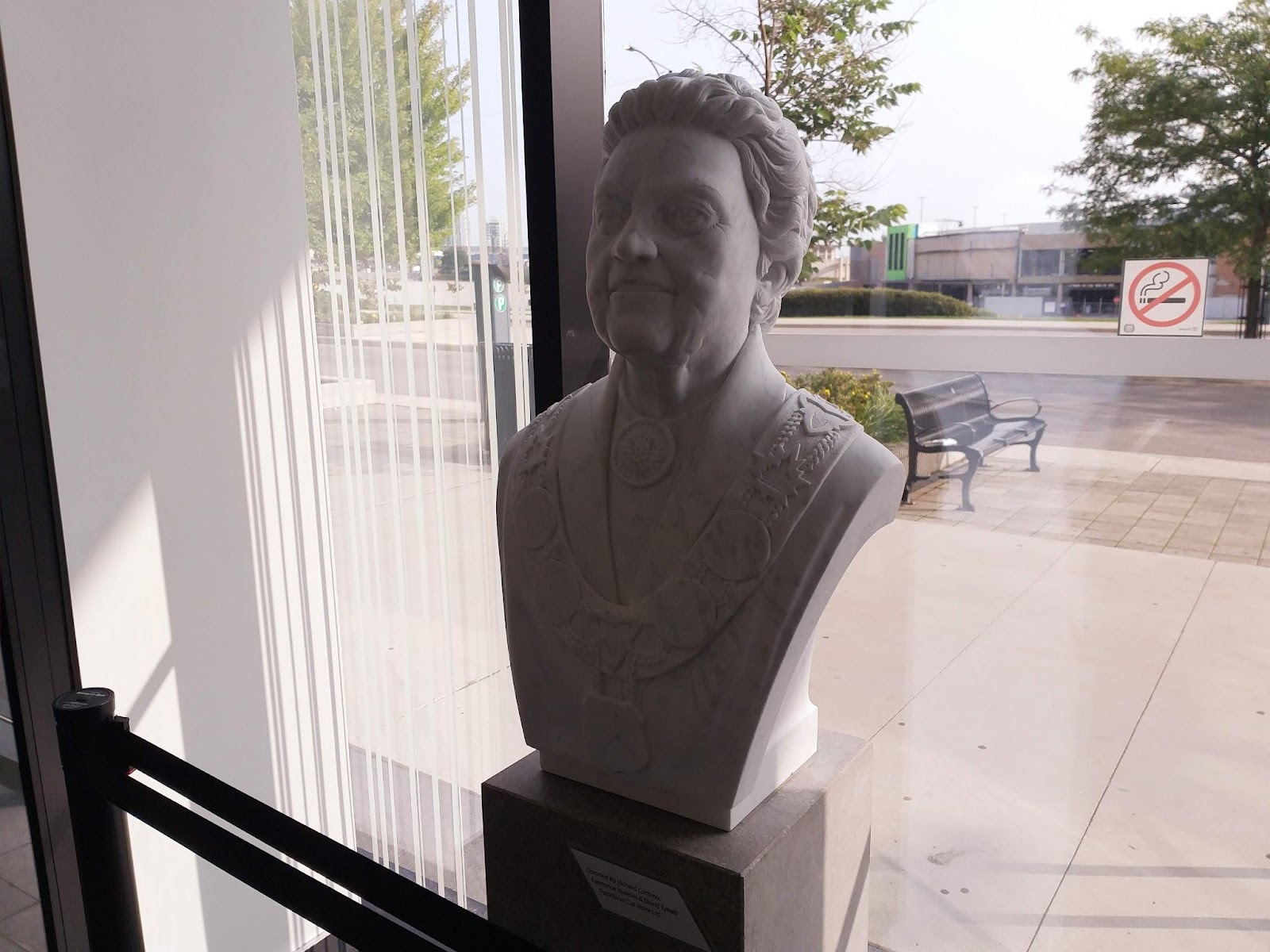 This is a school located right next to the River Grove Community Centre, and just around the corner from Willow Way Public School.

Located at the University of Toronto Mississauga campus, this building is LEED certified and has in the past won a number of accolades: 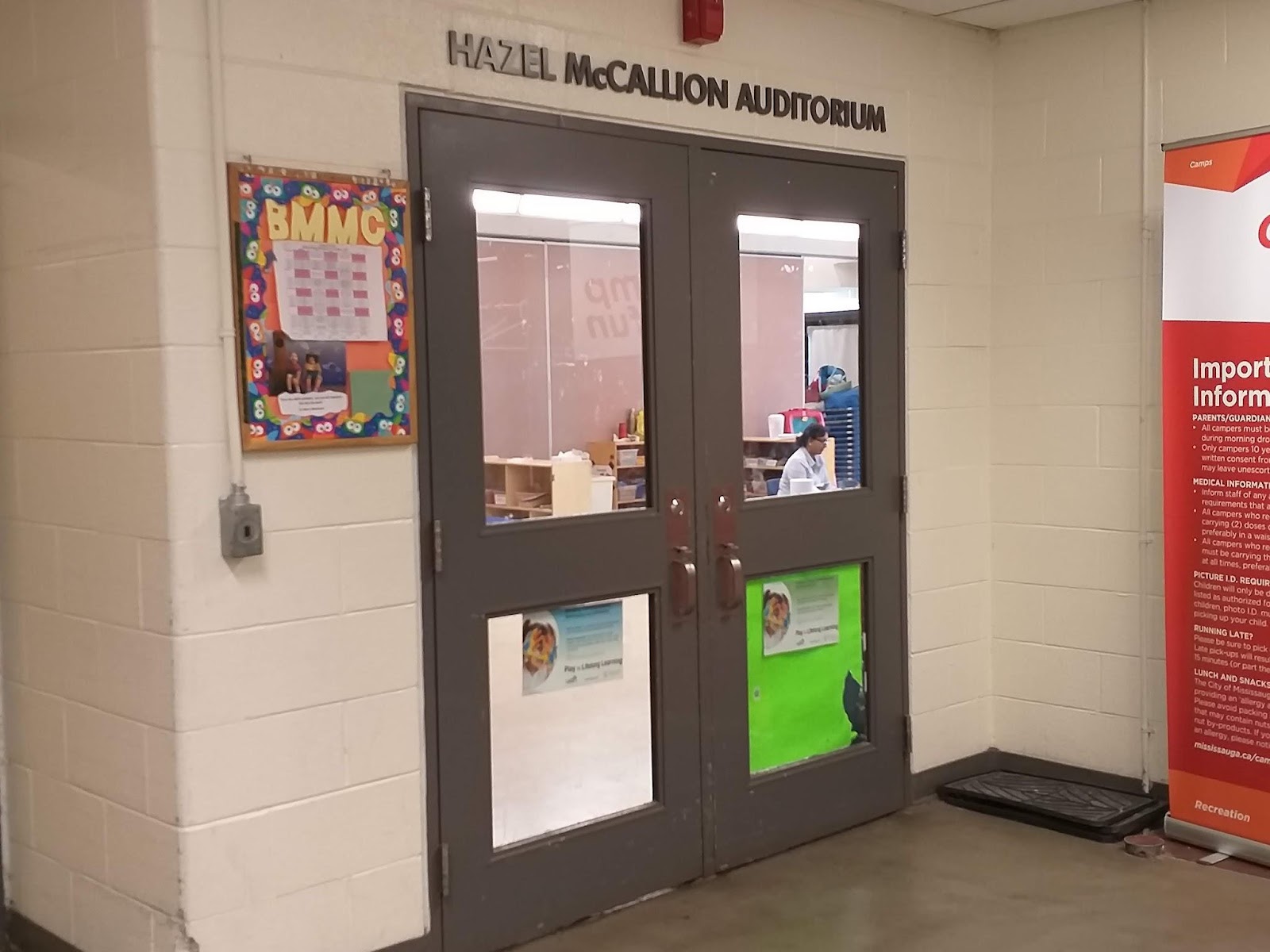 This is mainly just a room for various programs and activities, and is located at the lower level of the community centre, near the hallway down towards the gym.

Within the long standing Vic Johnston Community Centre (formerly known as the Vic Johnston Arena) there is a room set aside named after the former mayor for every type of reception and event imaginable, such as banquets, wedding receptions, engagement parties, dances, meetings and trade shows.

Finally, there's this quiet corner just off of Square One: 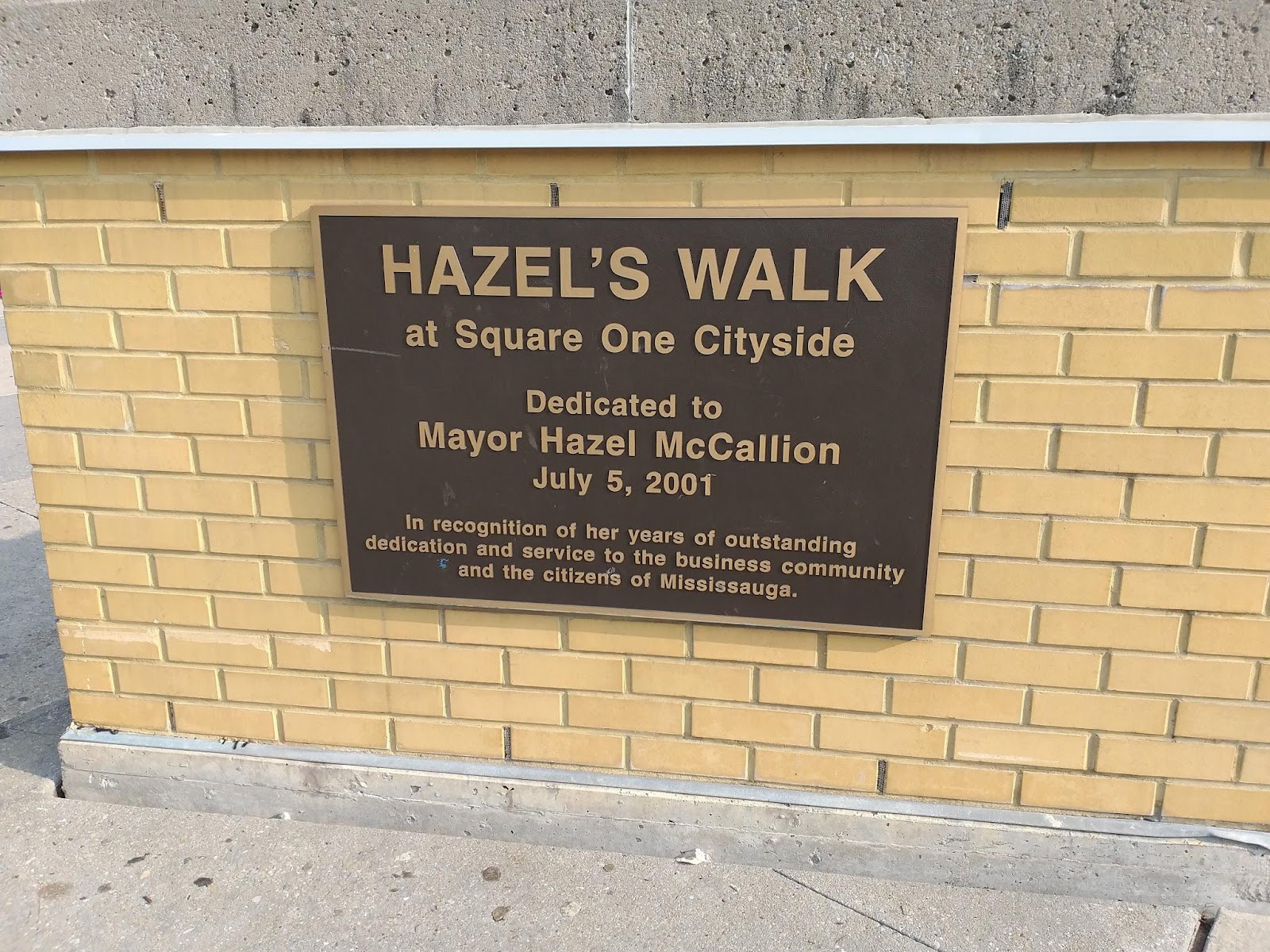 A short walkway leading into Square One was dedicated to Hazel in 2001 for her service to the city, which by then had surpassed the 20 year mark. It is located just off Duke of York Boulevard. 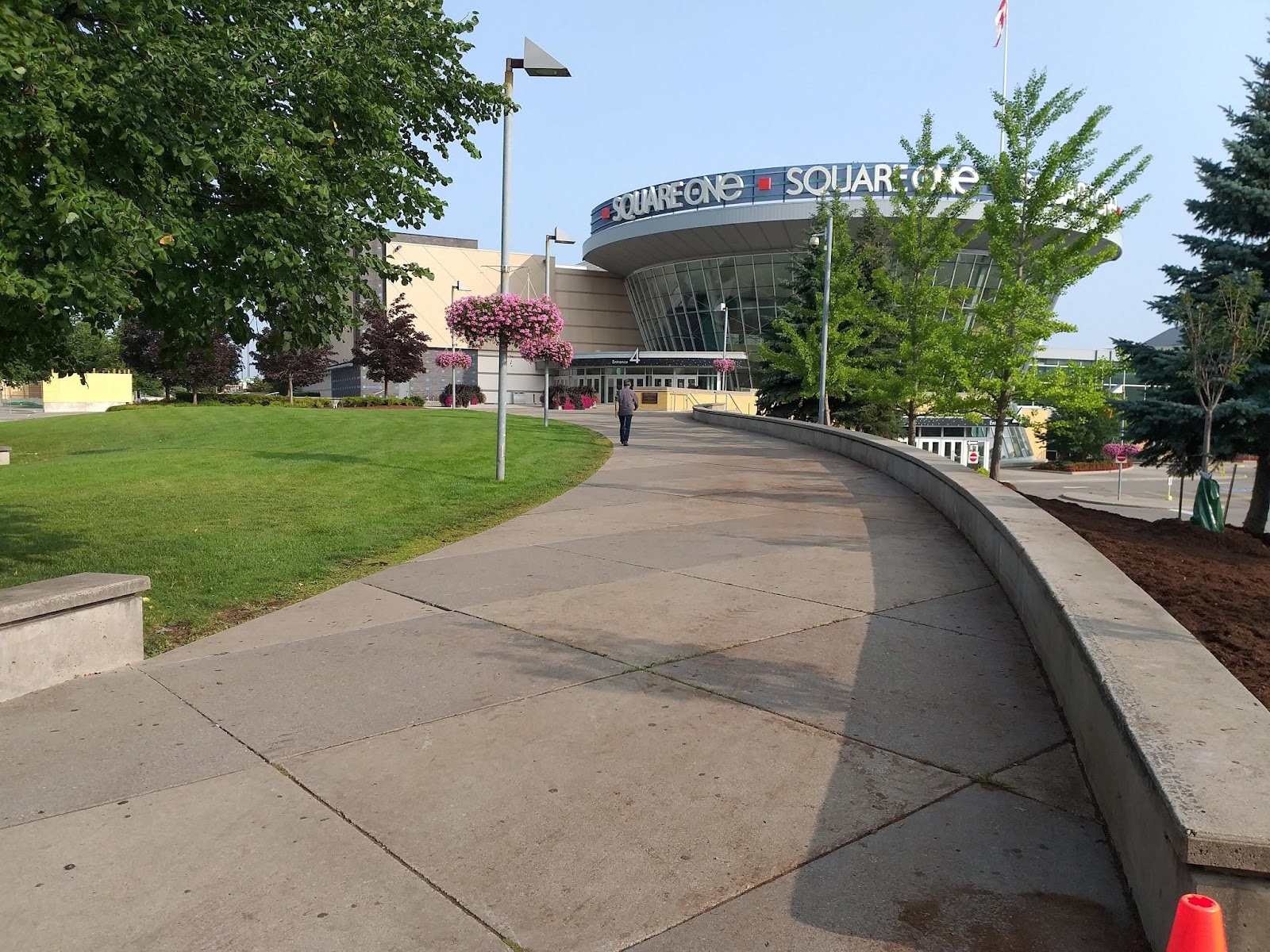 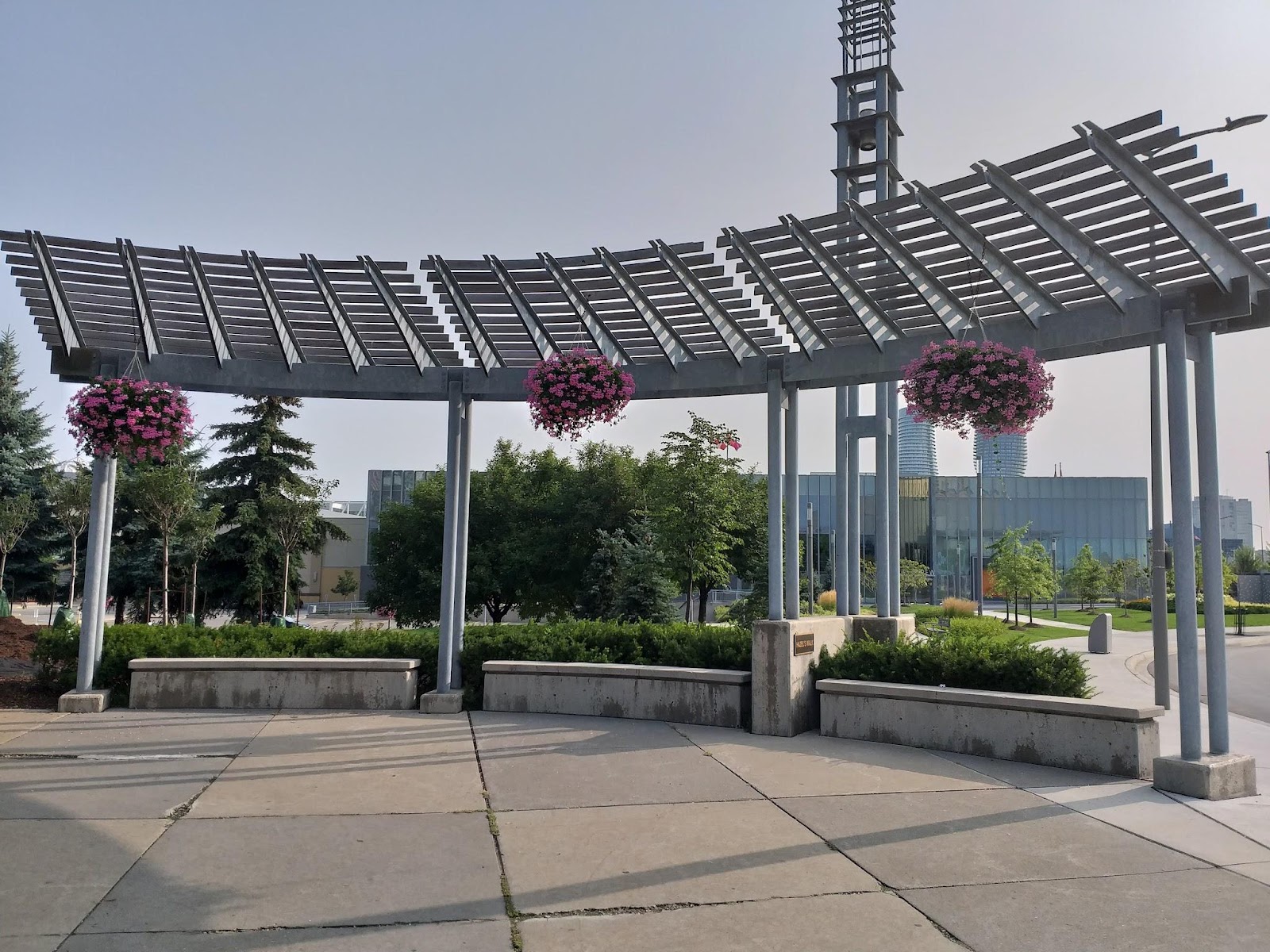 From inside Square One, there is a sign at the top of the doors letting people know that they are about to enter Hazel's Walk: 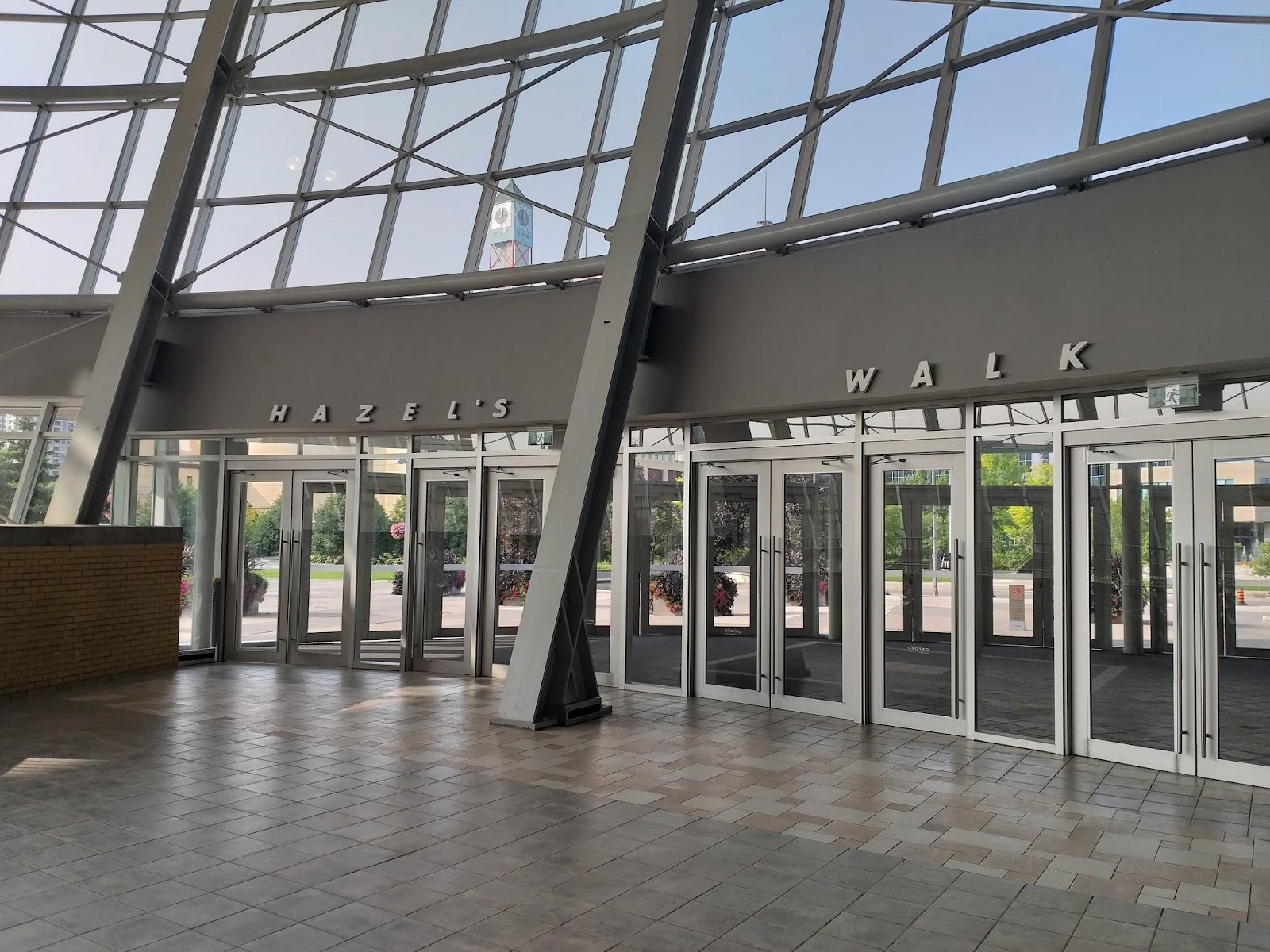 With this push to induct Hazel McCallion into the Hockey Hall of Fame because of her involvement in promoting women's hockey, it would not be surprising to see something related to the sport named after the former mayor. Maybe they could rename the Iceland Arena after her.

Can you think of any other places in Mississauga that are named after Hazel McCallion?

New unique pizza joint opens in Burlington
The Pizza Boat restaurant is promising to reshape pizza in a carb- and tastebud-friendly way.
END_OF_DOCUMENT_TOKEN_TO_BE_REPLACED