How Many New Condos are Actually Being Built in Mississauga? 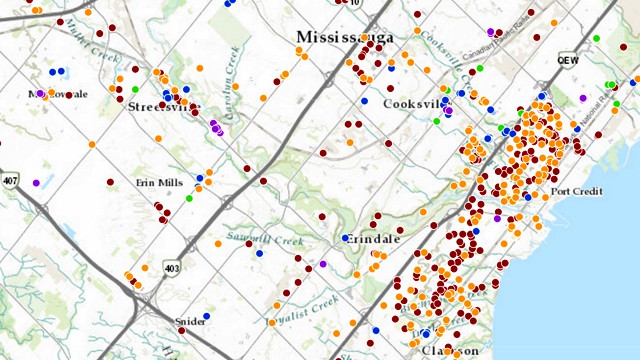 While it might seem like new condo projects are being announced constantly, Mississauga actually isn’t being inundated with a slue of new projects.

While there might be a lot of proposals before the city’s Planning and Development Committee, there are, at present, only eight residential buildings actively in the works.

“They are really not too many that are approved and not yet built,” says Carley Smith DeBenedictis, senior communications advisor with the city of Mississauga. “ There are many ‘in the hopper’ though at various stages.”

As far as developments that are proposed but certainly not imminent go, you can actually see a map of them here. The green dots represent the outstanding condo applications and you can click on them to find more details. While some dots represent proposals for new structures, others symbolize conversions. 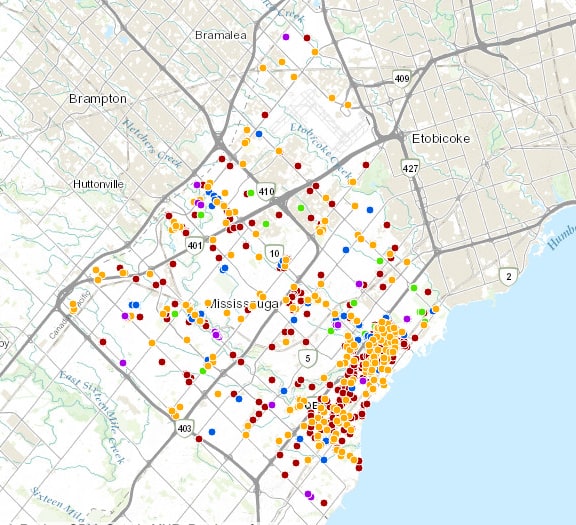 According to the map, new residential buildings have been proposed for the northwest corner of McLaughlin and Rothschild Trail, Hurontario south of Kirwin and 2100 Camilla Road. According to the city, there are approximately 20 condos under application at present.

While it’ll be interesting to see what buildings will take shape, less than a dozen are currently fully approved and ready to go.

As of now, the residential buildings planned for the city are somewhat spaced out (as you can see from this map). Not all of them are terribly tall or imposing, either.

So, what buildings have been definitely approved? 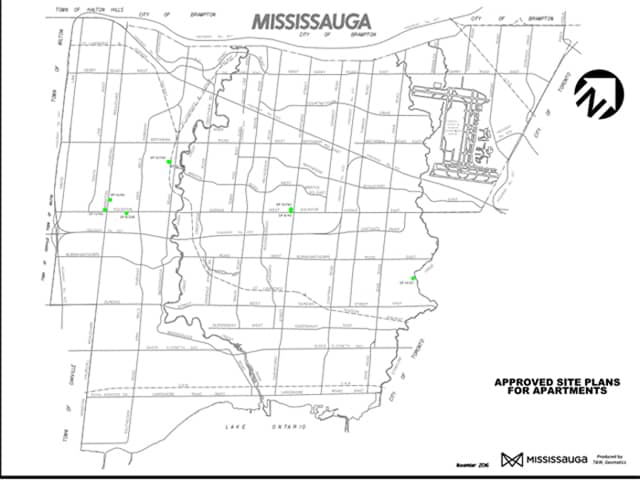 As far as big name projects go, there are a few shiny ones in the works that will be developed (ideally, at least, some are before the Ontario Municipal Board) over the next few years.

Residents also know that a new condo is set to take shape in the current No Frills location in Port Credit. Although it is not true that imminent construction of the approved Centre City Capital development prompted the closure of the affordable grocery chain (a Centre City Capital controller told insauga.com that Loblaws terminated the lease on their own accord), we know that, according to a City of Mississauga Corporate Report, the proposed development will see the area that once housed the No Frills transformed to include a four-storey building with both commercial and office space and a 10-storey condominium.

As for when that project will kick off, no dates are known at this time.

So, what do you think, Mississauga? Are you excited about the eight new developments and other proposed projects? Or do you think the city is welcoming too many towers (or not enough)?