How Many Drivers in Mississauga Were Nabbed Drinking Over the Holidays? 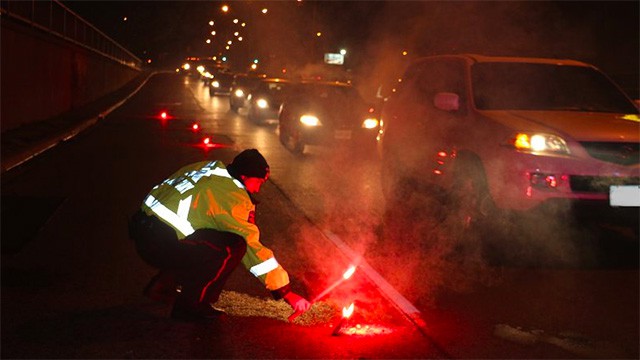 And the results are “simply unacceptable.”

Nearly 400 drinking drivers were stopped in Mississauga and Brampton during a six-week campaign targeting impaired-related offences.

The 2017 Festive Season RIDE campaign focused on removing drivers – impaired by drugs or alcohol – from roads.

Overall, 24,129 vehicles were investigated across Mississauga and Brampton.

As a result of the campaign, 191 people were arrested and charged with alcohol and/or drug-related driving offences.

While the numbers are down from a year ago, it’s “simply unacceptable that police continue to identify significant numbers of individuals who continue to risk the lives of innocent road users and themselves by driving while impaired,” said Peel Regional Police Insp. Paul Pogue from the road safety unit.

Here’s how it breaks down by city, gender, and age.

Police are reminding residents that road safety is a shared responsibility.