How effective was the ‘getting Muslims out to vote’ campaign in Mississauga? 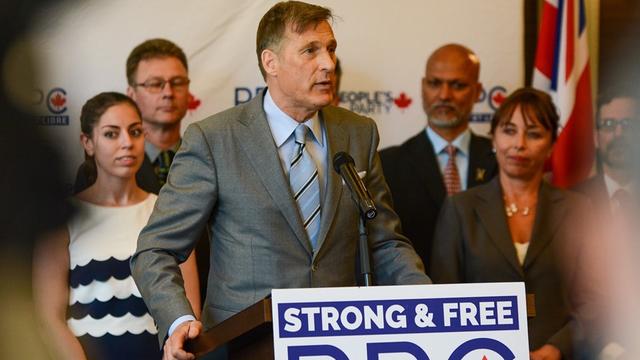 We recently reported about a newly established, non-partisan organization called The Canadian Muslim Vote, who were trying to mobilize Muslim Canadians to vote in the October 21 federal election.

Founded in 2015 with the mandate to educate and mobilize an estimated 767,000+ Muslim voters across Canada at all levels of government in a non partisan manner, TCMV has also conducted ‘get out the vote’ campaigns during the 2018 Ontario provincial election, the 2018 Quebec provincial election as well as the Ontario municipal elections last year.

During this campaign, TCMV conducted GOTV campaigns in 80 ridings across Canada which included door knocking and literature drops, sermons at mosques encouraging their members to vote, some 200,000 phone calls and a social media campaign including Instagram posts saying “I’m voting because I matter” by influencers with a total of over 2 million followers.

The results were a minority government for the Liberals with 157 seats, followed by the Conservatives with 121 seats, the Bloc Quebecois with 32 seats, the NDP with 24 seats, 3 Green seats and 1 independent elected in BC, former Liberal Jody Wilson-Raybould.

Although the Tories actually won the popular vote, getting 34 per cent the Liberals’ 33 per cent, the distribution of ridings under the current first past the post system allowed the Liberals to win some close races while the Conservative vote was inflated by massive majorities in places like Alberta.

“This election was decided by many close races, many in ridings where Muslim voters have the numbers to decide between first and second place. Throughout the campaign we saw the diverse Canadian Muslim communities organize for the election as one Canadian Muslim community. Muslims came out to vote in the Advance Polls as part of our “Muslim Vote Weekend” and on Election Day because we know our voice is loudest when we vote,” said TCMV Executive Director Ali Manek. 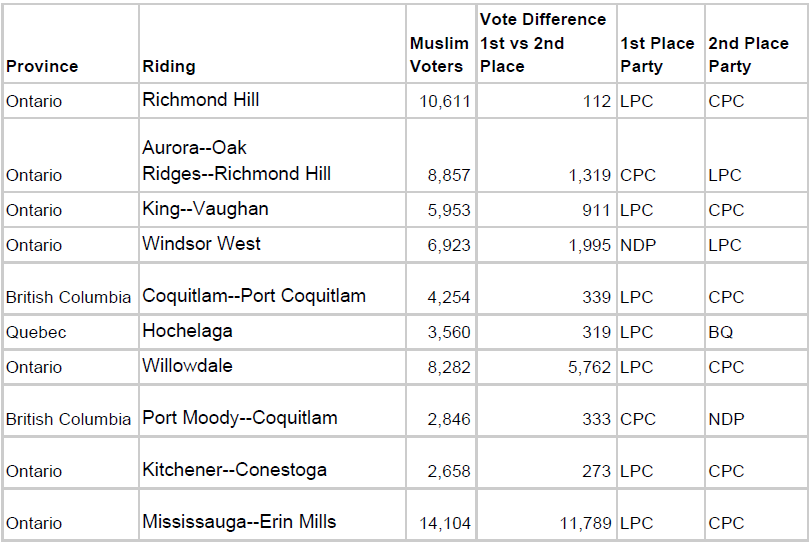 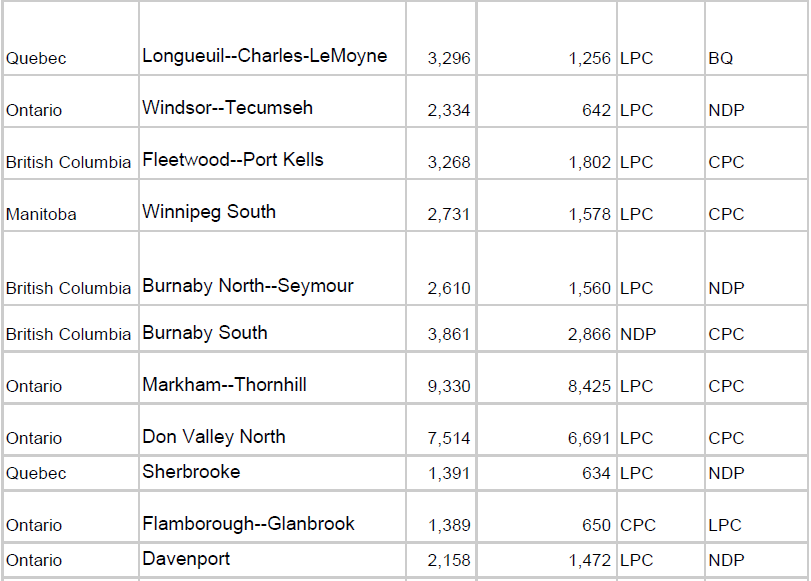 In a previous press release, TCMV said they conducted a ‘get out the vote’ campaign in 64 ridings during the Advance Voting weekend, a number of them were in the GTHA and which a polling site called 338 Canada predicted as being close races.

One riding, Mississauga Erin Mills, saw Liberal Iqra Khalid reelected by 11,789 votes (where TCMV identified over 14,000 Muslim voters). 338 Canada had predicted that this riding would have the Liberals come out ahead by only a 2.7 per cent margin or 1,494 votes.

Unlike during the advance polling, Hamilton East-Stoney Creek was not on this final list but another Hamilton riding, Flamborough-Glanbrook, was. The Tories have held this seat since 2006, but this time the Tory candidate was reelected by only 650 votes; TCMV identified 1,389 votes in this riding.