How Do Canadian Cities Compare with US Cities in Home Affordability?

While we don’t always share much in common with our neighbours to the south, you may be surprised at how many connections can be drawn between the housing markets in both countries.

According to a recent study done by Zoocasa.com, residents in Canada and the US face similar issues when buying housing — namely, incomes keeping pace with real estate prices in the hottest markets.

To determine the level of affordability in each market, the study sourced December 2018 median home prices for 30 major U.S. markets and five Canadian markets (Toronto, Ottawa, Vancouver, Calgary, Montreal), then calculated the minimum income required to purchase in each city and compared that amount to the actual median income earned.

The 35 cities were then ranked from least to most affordable.

The results found some interesting connections between cities. For instance: Toronto, which ranked 11th on the list, suffers from unaffordability similar to Miami, Florida.

Vancouver, Canada's most expensive housing market (and #2 on the list overall) is compared to San Francisco, which is the least affordable city listed in the study.

For a more detailed look, the following map displays the cities along with the gap between the income required and the actual median incomes. The least affordable cities are shown in red while the most affordable ones are in blue. 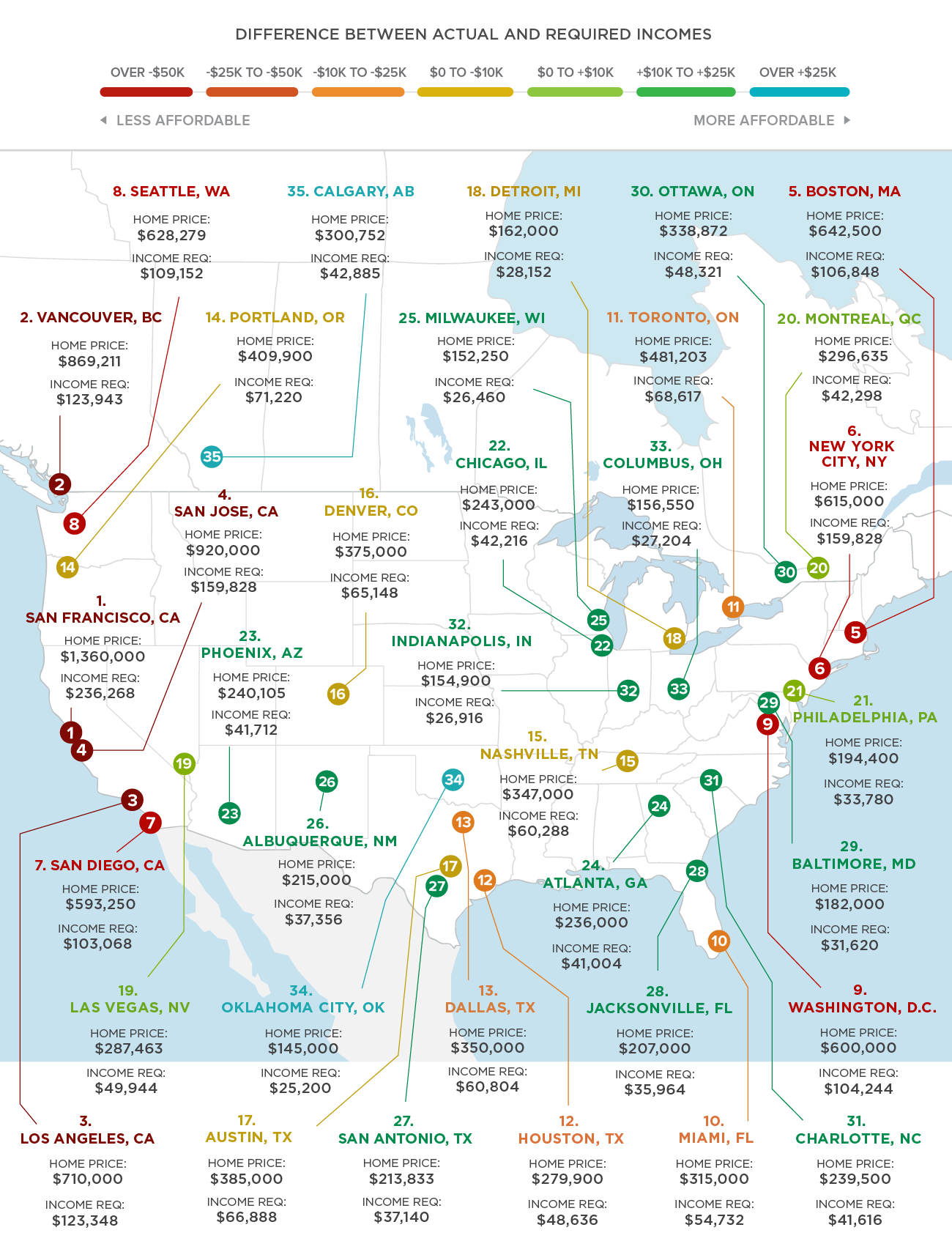 What do you think about these stats? Are they what you expected?

Map and data courtesy of Zoocasa.com